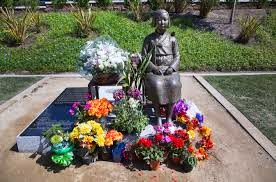 First published in EastAsiaForum 19 May 2015

On 29 April 2015, Shinzo Abe became the first Japanese prime minister to speak before a joint session of the US Congress. Japan watchers listened closely, hoping to hear a preview of his upcoming statement on the 70th anniversary of the end of World War II. Of particular concern is whether the prime minister will take a step back from the historic apologies of the 1995 Murayama Statement and the 1993 Kono Statement.

In anticipation of Abe’s visit, US Congressman Mike Honda led 24 members of the House of Representatives in presenting a letter to the Japanese ambassador that expressed firm support for both Statements. Some of the signees subsequently articulated their views on the ‘comfort women’ issue to various media outlets. This included an op-ed by Charles Rangel in the national newspaper USA Today and a press release by Honda that called Abe’s failure to mention the ‘comfort women’ in his speech to Congress ‘shocking and shameful’.

Although the victims of Japan’s wartime ‘comfort women’ system were predominately women and girls from across Asia, with the majority coming from the Korean peninsula, US politicians have become actively involved in this issue. This was most apparent in 2007 with the passage of House Resolution 121, which called on Japan to acknowledge and apologise for the ‘coercion of young women into sexual slavery’ during the 1930s and 1940s. Similar motions or resolutions have been passed by legislatures in Canada, the Netherlands and the European Union. And the UN Special Rapporteur on Violence Against Women included the ‘comfort women’ issue in her 1996 report.

The concerted efforts of Japanese and South Korean NGOs, who felt that their governments had not responded adequately to the issue, as well as the willingness of former ‘comfort women’ to publicly tell their stories, has been a major force behind this global recognition. But it also reflects normative changes in the field of human rights and women’s rights over the past half-century. Worldwide acceptance of women’s rights as human rights has increased attention to the particular dangers facing women and girls in conflict-ridden areas and advanced global campaigns to combat sex trafficking.

Domestic factors, such as democratisation in South Korea and the death of Japan’s wartime emperor Hirohito in 1989, have encouraged local advocacy efforts for historical justice. The spread of the Korean diaspora has further ensured that the stories of ‘comfort women’ enter the domestic discourse in other countries.

These international and domestic pressures culminated in the 1993 Kono Statementby then chief cabinet secretary Yohei Kono. The Kono Statement included an admission of military culpability, a government apology and a commitment to educate future generations about this tragedy. Two years later, the Asian Women’s Fund, a public-private joint initiative intended to illustrate an acceptance of moral responsibility through apology and compensation, began operation.

Many hoped these steps would resolve the ‘comfort women’ issue, but in reality it was only the beginning of a debate over what really happened and what should be done about it. This debate has ebbed and flowed over the past three decades, often gaining steam from some statement by a Japanese government official that questions a conventionally accepted aspect of the narrative — be it the extent to which ‘comfort women’ were coerced or the degree of responsibility of the Japanese government.

Such comments, along with the active and polarising discussion within Japan that always follows, are due to the fact that there continues to be no national consensus in Japan on the issue. This is in stark contrast to the international scene, where a general consensus does exist.

The situation has been made even more difficult by the fact that the Japanese domestic and international discussions have tended to occur in parallel, rather than in intimate interaction with each other. Each has evolved in its own political and normative context.

The biggest challenge today is that Japanese government and society are at a stage in their own domestic discourse that hinders their ability to enter into dialogue with the rest of the world on this issue. What many Japanese officials, scholars, and members of the public view as clarifying the record comes across globally as denial or obfuscation. While many foreign actors view the international normative changes described above as conducive to reconciliation, many Japanese actors see the application of such norms to this historical case as an impediment.

Dialogue is a necessary prerequisite for a lasting settlement and all parties should be seeking avenues to achieve it. The only chance for true dialogue comes from greater comprehension, on all sides, of the reality of the debate both in Japan and internationally, as well as the political and normative contexts that shape those debates. Vilification will never lead to open exchange, but mutual understanding and tolerance may.
at May 21, 2015