This week in Washington 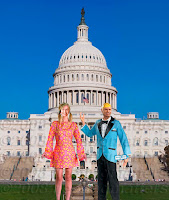 ECFA AND THE FUTURE OF US AND FOREIGN INVESTMENT IN TAIWAN. 1/31, 9:30-10:30am, Washington, DC. Sponsor: AEI. Speakers: Paul Wolfowitz, AEI; Christina Liu, Council for Economic Planning and Development, Taiwan Executive Yuan.
at January 25, 2011 No comments:

Every year, APP's staff, fellows, and interns waste some time thinking about the future. We take out the I-Ching sticks, shake the the 8-ball, and work ourselves into a trance trying to make sense out of what Joe Nye says. The result is our (in)famous In/Out list for the Asia policy crowd. Below we share some of our predictions with you. APP members have already received the full list. And of course we always welcome comments, input, and bribes to include your name or organization.

Email ThisBlogThis!Share to TwitterShare to FacebookShare to Pinterest
Labels: Futurology 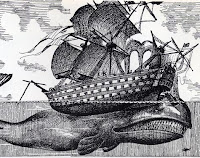 Email ThisBlogThis!Share to TwitterShare to FacebookShare to Pinterest
Labels: This Week in Washington, Trade


The framework that we have proposed is designed to build a military-to-military relationship that is sustained and reliable, that is continuous rather than intermittent, and that promotes exchanges at all levels and across all issues, including high-level visits, such as Secretary Gates' trip next week. It seeks to establish professional and functional exchanges including those at the junior officer and mid-career level; and it gives paramount importance to operational safety and confidence-building activities, such as through the MMCA. It also sees as critical the task of conducting substantive and strategic level discussions.

Opening a New Horizon in the Asia Pacific By H.E. Mr. Seiji Maehara, Minister for Foreign Affairs of Japan at the Center for Strategic and International Studies, January 6, 2011.

Last but not the least, what is most crucial for an alliance is mutual trust. In the four months since assuming office as foreign minister last September, I have built a relationship of trust with Secretary Clinton as ones in charge of diplomacy by, for example, having four foreign ministers' meetings including the one scheduled today. I am convinced that, by further deepening the Japan-US alliance bolstered by mutual trust, we surely will be able to overcome any challenges that will confront the Asia Pacific region.

Japan and the United States built the most important alliance in the world after the devastating World War II. As most people including I were [sic] born after the war, there is a tendency today to take the alliance for granted. However, when I put my hands together in prayer to console the spirits of both Japanese and American soldiers who lost their lives in Iwo Jima, the site of a hard-fought battle of the unfortunate war, and when I reflect on the tragic experiences of the prisoners of war (POW) who endured severe ordeal, I am strongly reminded that the alliance which binds us was not built in a day. Therefore, it is our duty to make this tie further stronger. The next year, 2012, is the centennial anniversary of Tokyo's gift of cherry trees to Washington DC.

I wish to express my hope that this year Japan and the United States would demonstrate their determination to continue to deepen our friendship and to strengthen mutual trust, just as these resplendent cherry blossoms that adorn the Potomac every spring will continue to bloom.

Thursday, January 13, 2010, 4:00-5:15 PM
THE JAPANESE FAMILY AND CHILD CUSTODY
“I encouraged Minister Maehara and the Government of Japan to work toward ratification of the Hague Convention on the Civil Aspects of International Child Abduction.”
– US Secretary of State Hillary Rodham Clinton Remarks With Japanese Minister of Foreign Affairs Seiji Maehara After Their Meeting (As Prepared), Washington, DC, January 6, 2011
Presenter
Dr. Allison Alexy
Anthropologist
Allison Alexy is Assistant Professor in the Department of Anthropology and Sociology at Lafayette College. Her teaching and research focus on family lives, intimacy, and social change in contemporary Japan. Professor Alexy is the co-editor (with Richard Ronald) of Home and Family in Contemporary Japan: Continuity and Transformation (Routledge 2011) and is currently finishing a manuscript entitled Intimate Separations: Divorce and its Reverberations in Contemporary Japan. Professor Alexy received a BA double concentrating in Anthropology and Sociology from the University of Chicago, and a PhD in Anthropology from Yale University.
Program Location
1150 Connecticut Avenue, NW, Suite 801
(Blake Real Estate Conference Room),
Washington, DC
Free, Reservations Required, Coffee
(202) 822-6040
Space Limited
at January 10, 2011 No comments:

January 17th is the 50th anniversary of President Dwight D. Eisenhower's farewell address to the nation where he worried about the creation of a military industrial complex in the United States. There are a number of programs this month in Washington discussing the history and significance of the speech.

EISENHOWER'S FAREWELL ADDRESS AT FIFTY: WAS HE RIGHT ABOUT THE "SCIENTIFIC-TECHNOLOGICAL ELITE"? 1/18, 4:30- 6:00pm, Washington, DC. Sponsor: American Association for the Advancement of Science (AAAS). Speakers: Dan Greenberg, science journalist and author of several books on science policy; Gregg Pascal Zachary, author of the authoritative biography of Vannevar Bush; William Lanouette, a journalist on science policy and from 1991 to 2006 a senior analyst on energy and science issues at GAO; Dan Sarewitz, co-director of Consortium for Science, Policy, and Outcomes.