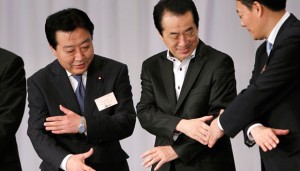 I. Noda in Charge, Really

Prime Minister Noda is doing his best to display leadership and plug the policymaking gaps created by his predecessors Hatoyama and Kan. His first task, after reassuring China that he would not visit the Yasukuni Shrine, has been to restructure Kantei’s (Prime Minister’s Office) decision-making process. He is also pushing an agenda to tackle the country’s disaster-weakened economy, starting with a 10-11 trillion yen supplemental budget this fall, as well as revive Japan’s diplomacy in the international community.

A surprising number of foreign and security policy developments came just in the last week, during which Noda – accompanied by his Foreign Minister Koichiro Genba -- made his diplomatic debut with a speech at the United Nations session in New York and significant side-meetings with President Obama and other leaders.

Noda has been restructuring the decision-making apparatus in order to adjust the shared policy roles of the government and ruling Democratic Party of Japan and consolidate more policymaking authority, primarily on economic matters, under his direct control in the Kantei. The highest policymaking body now is the joint government-party executive council (Seifu-Minshuto Sanyakuin Kaigi), which beneath it is a newly-created government-party council on budget compilation.

The new apparatus abandons the 2009 campaign manifesto promise to “unify” policymaking under the cabinet. The Hatoyama government let relevant ministers, specifically finance and internal affairs, compile the budget, while the Kan administration tried the government-party unified approach by placing Koichiro Genba, then chair of the once-scrapped DPJ Policy Research Council and national strategy minister in charge of budget compilation. Kan then chaired a cabinet meeting that took its cues from a budget evaluation conference attended by relevant government and ruling party members.

Noda has taken a different approach that seems to hark back to LDP days of the Koizumi administration. He has weakened the role of the three parliamentary vice ministers attached to each ministry and agency, while strengthening the party’s involvement. Party policy input into the joint government-party leaders’ council will come from the Policy Research Council. Noda in turn will be supported by a National Strategy Council (now in preparation) under him that will reflect his views on economic policy. The process, though, will require him to assert active leadership to achieve successful policy results.

The Prime Minister on other policy issues will rely on a more traditional decision-making structure when it comes to diplomacy and security affairs. Over the last week, some of the results came out in the UN trip and other occasions. For example, Noda on Sept. 23 expressed willingness to send a Ground Self-Defense Force unit to join international peacekeeping operations in newly independent South Sudan. "Japan is eager to make contributions to the United Nations Mission in the Republic of South Sudan (UNMISS) in the fields in which Japan excels," the Prime Minister said at the 66th session of the U.N. General Assembly.

In addition, when Noda meets Philippine President Aquino in Tokyo on the 27th, the two will agree to regular bilateral talks on maritime defense, given China’s naval advances in the South China Sea, according to the Nikkei on Sept. 25. The Japanese government is dispatching a fact-finding team to Sudan in preparation for the expected dispatch of Ground SDF troops for engineering duties.

One surprise for the diplomatically untested Foreign Minister Genba came during his meeting with ROK Foreign Minister Kim Song-Hwan on the 24th. During what started out as a check-list conversation on bilateral matters, such as progress on an EPA (economic partnership agreement), Kim suddenly asked for talks on compensation to Korean “comfort women” (sex slaves for the Japanese military during WWII). Taken aback, Genba refused to discuss the issue.

“The issue was solved in the 1965 normalization agreement between Japan and South Korea, which dealt with outstanding claims,” he said, adding, “This issue should not be allowed to exert a negative impact on Japan-South Korea relations.” (This agreement was with an undemocratic South Korea and recently South Korea’s Supreme Court has ordered the Korean government to negotiate a new deal with Japan for the comfort women.) Japan has acknowledged its military used sex slaves, but refuses to directly compensate or apologize to the victims individually. In 1995, Japan set up a private fund, now expired, to help deal with claims by women who had been forced into providing sexual services to the Japanese military.

Meanwhile, in an article buried in the Nikkei on Sept. 23, Japan and the U.S. have reportedly agreed to continue for another two years development of the next generation of a ballistic missile defense system to be deployed at sea. Progress on this project began in 2006 and the missiles being developed were originally to be deployed in 2014. The U.S. would like to export the results of joint development to third countries, but Japan insists on tight controls on such.

President Obama used his bilateral time with Noda to press for speedy resolutions of four long-standing issues: Futenma base relocation, a decision on whether Japan will join the TPP, U.S. beef imports restricted since 2003 over the BSE issue, and Japan’s signing the Hague Treaty on child abductions.

Obama was favorably impressed by Japan's newest prime minister, Yoshihiko Noda, after the two met face-to-face for the first time on Sept. 21, sources from Noda's entourage revealed. According to the sources, President Obama was optimistic that the two could work together in a mutually effective partnership. Obama was also quoted as saying "I can do business with him," referring to Noda.

The President, though, may have felt the same way at first about the previous two prime ministers, and it remains to be seen whether Noda has the capability and the will to return to Japan to forge consensus on finally resolving any one of the thorny issues. His predecessors could not and were soon out of office. Noda, a wiser leader building a more effective decision-making apparatus, may just pull it off if this week’s momentum can be maintained.

Monday’s convictions of three former aides of Ichiro Ozawa for violations of campaign finance laws will affect Tokyo’s relationship with Washington. It almost certainly puts an end to Ozawa’s remarkable career as a vortex of power, the gadfly of the status quo, and annoyance to the Alliance Managers. Although the fate of his aides may not lead to his own conviction, how he manages his fall can either help or hurt the Noda government, which has put a priority on party unity.

Since Ozawa already has his rights as a party member suspended, the party has nothing to distance itself further from Ozawa other than expelling him. While the tradition of respect for the validity of conviction may prepare the way for Noda to suggest to Ozawa that he jump out rather than be pushed out, the affection many in the party have for Ozawa the man will make a speedy and painless divorce nearly impossible. The longer Ozawa remains a member of the DPJ, however, the harder the LDP, the New Komeito and the Your Party will try to hamstring Diet proceedings with demands that Ozawa either resign his seat, the DPJ expel him or Ozawa appears before the Ethics Committee or to give sworn testimony in the Diet. The passage of major items in the policy program of the Noda administration, even items so clearly in the public interest such as a third supplementary budget, will be in jeopardy.

What happens depends on whether Ozawa reacts to political pressures to draw himself in like a turtle into his shell -- which would clog up Diet proceedings as the opposition demands he come out and explain himself; breaks out with a handful (he can expect no more than a handful) of followers to form a new party or accepts his fate quietly, letting his followers find their own way around the changed political landscape.

The prospect of an Ozawa-free DPJ frightens both the LDP and the New Komeito. He has been the most convenient club with which they have been pummeling the ruling party on so-called money-and-politics ethical violations issue. With Ozawa gone, the LDP and the New Komeito would have little in the way of a positive political program with which to challenge the continued rule of the DPJ. Ozawa’s departure could lead to a precipitous realignment, where the New Komeito dumps its alliance with the LDP in favor of political cooperation with the DPJ. Such cooperation would give the DPJ a working majority in the currently deadlocked House of Councillors and override the supermajority in the House of Representatives.

Without Ozawa, the Ozawa allies in Cabinet and Party posts, namely Defense Minister Ichikawa, National Public Safety Commission Chairman Yamaoka, and DPJ Secretary-General Koshiishi will be less self-assured in their opposition to American demands on defense issues. Although Futenma-to-Henoko now looks more doable, Ozawa’s supporters did garner support by Asst Sec of State Kurt Campbell “kneecapping” of Noda in the presser he held after the Noda-Obama meeting last. Campbell said Obama “made very clear” that “we need to see results.” An embarrassed Noda denied this, saying that Campbell said instead “We are looking forward to progress.” There is no political plus for Noda to set or give the impression that he has a deadline for Okinawa.

Most important, the last thing that Noda wants to do is undo all his work craft a unified party by reaching out to Ozawa's supporters of Ozawa. Any move against Ozawa would undo that work. For the US, a continued indecisive Japan or another prime minister is not helpful on any issue.

These essays appeared in the September 26th edition of APP's Asia Policy Calendar sent to APP members.
at September 28, 2011 No comments: 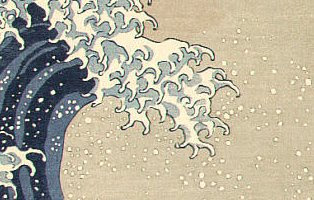 How China Can Learn To Stop Worrying and Live With Noda 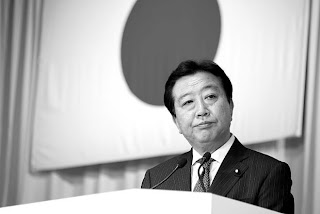 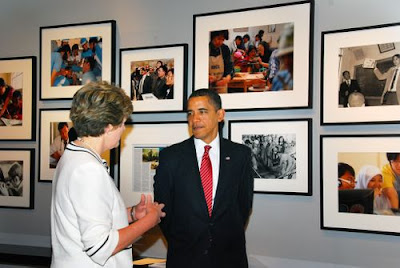 A Story of Volunteerism:
Americans in Korea, Koreans in the World
A Photo Exhibition
September 12 – 16
Opening Reception
September  12
6:30 pm
Korean Cultural Center
Embassy of the Republic of Korea
2370 Massachusetts Avene, NW
Washington DC 20008
Contact
Adam Wojciechowicz
(202) 587-6168
Details/RSVP
OPEN, free Reservations Required
This photo exhibition chronicles the Peace Corps volunteer experience in the Republic of Korea (1966-1981) and highlights the work of Korea’s own volunteer agency, the Korea International Cooperation Agency (KOICA), in celebration of the 50th anniversary of the Peace Corps and the 20th anniversary of KOICA.
at September 12, 2011 No comments: 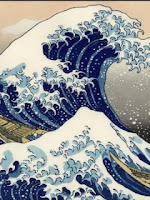