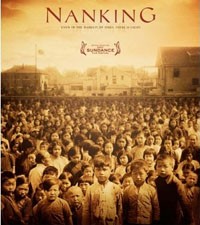 If you view Mayor of Nagoya Takashi Kawamura, who denied the atrocities of the Rape of Nanking in front of a visiting Chinese delegation, as an aberration, you might want to remember that as a DPJ Dietmember he was one of the over 60 signatories of the infamous June 14, 2007 “The Facts” ad in the Washington Post condemning the Comfort Women, girls and women who were sex slaves trafficked to Imperial Japan's military, as lying whores. He was a member of a number of Diet leagues to examine the truth about Nanking and other historical issues, as was Aki Nagashima, who is now an important foreign policy adviser to Prime Minister Noda.

Jin Matsubara, who is Minister for the Abduction Issue and Chairman of the National Public Safety Commission Minister of State for Consumer Affairs and Food Safety in the Noda Cabinet was also a signatory of “The Facts” ad. He was a founder of one of the Diet Leagues examining Nanking. Further, Composer Koichi Sugiyama, one of the main funders and signatories for “The Facts” ad, composed an election campaign song for Matsubara.

Hideo  Jinpu, who is now Parliamentary Secretary of Defense in the Noda Cabinet was also a signatory of “The Facts” ad.

Keirou Kitagami, who is now Parliamentary Secretary of Economy, Trade and Industry in the Noda Cabinet was also a signatory of “The Facts” ad. He was a visiting fellow at CSIS from 2004-05.
at March 10, 2012