Gear up or fail 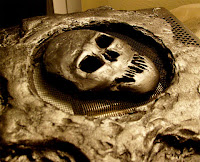 This coming week in Washington is all about American competitiveness and manufacturing. The focus is on China, as opposed to Japan as it was 20 years ago.

The opening for this week, was on the 21st with the release by the Information Technology and Innovation Foundation (ITIF) of WORSE THAN THE GREAT DEPRESSION: WHAT EXPERTS ARE MISSING ABOUT MANUFACTURING'S DECLINE.