What Should Shinzo Abe Say to Donald Trump? 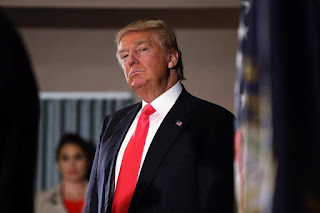 Abe’s goal is clear: convince Trump of the value of the U.S. alliance system.


During his successful presidential campaign, Donald Trump argued that the United States gets ripped off by its partners. He threatened to withdraw U.S. forces from overseas and to abandon America’s global role. In short, the author of The Art of the Deal menaced to shred the deal that underpins the welfare not only his own country but also of its allies and in many ways the rest of the world. As is often the case with him, Trump was short on specifics. But it was enough to terrify many in Tokyo and in other capitals, including Washington DC.

Since the early Cold War, the core allies of the United States in the Pacific and Atlantic Oceans have stuck to a win-win bargain with Washington. The United States provides a larger proportion of its resources to the common defense in exchange for a leadership position far above what the size of its GDP would warrant. The others willingly surrender part of their sovereignty to Washington. The Americans permanently lament that their partners aren’t sharing the burden; the allies in turn complain continuously about the Americans. But this combination of greater direct economic costs for the United States and less sovereignty for its partners is logical. It makes this global coalition, which includes Japan, South Korea, Australia/New Zealand, NATO, and a few other de facto allies, more efficient. It explains why practically no country has left the U.S. alliance system. As the painful travails of Napoleon’s foes showed, coalitions without hegemons are ineffective. This U.S.-dominated structure has overcome quite a few serious but not mortal failures, the arrival of new parties in power, and the test of time. It has evolved and must do so, but its basic architecture is sound.

During the campaign, Donald Trump threatened to unravel this covenant underpinned by treaties. His talk about pulling out of Asia if certain ill-defined changes weren’t made, his admiration for Vladimir Putin, and countless other remarks, such as the ones about nuclear proliferation, rattled nations whose fate is intertwined with American power projection and resolve. On paper, the allies’ combined national incomes are more than sufficient to replicate the strength of the U.S. military. But in practice, to establish and run a global security network without America would require a very long time and a political-diplomatic revolution to start it. Trump is like a businessman musing about unilaterally abrogating contracts vital to his suppliers and customers. That it would also bankrupt him would not provide much comfort to his victims.


Of course, all is not yet lost. Trump only won the election a few days ago. It may be that in the end he will only tinker with the current system. He has never had any interest in foreign and security affairs. His ideas are are neither as firm nor sophisticated as those of men like Richard Nixon or George H.W. Bush, who had always been fascinated by national security and diplomatic issues.

Shinzo Abe has decided to be the first major ally to meet with Donald Trump. The Japanese prime minister may be the right person at the right time for this task, on behalf of not only Japan but all the countries that rely on the full faith and credit of the United States. The xenophobic, racist, and islamophobic tone of Trump’s campaign, which ended with an ad which reeked of anti-Semitism, is similar to what is happening in Europe. Any European premier, starting with the continent’s leader, Chancellor Angela Merkel, can only have a hostile reaction to Trump. There will also be an understandable urge to preach to him about his duties as Westerner, as a leader of the Free World (and perhaps for Merkel, the daughter of a pastor, as a Christian). But an “in your face” attempt to bring him back to the true path is not the right approach at this time. If anything, it could make it harder for Trump to make another U-turn back to a more logical policy.

Fortunately, Japanese politics are different from those of the Atlantic world. There are no Trumps in Japan. Abe will not be meeting a man who will remind him of his domestic enemies. He will have no need to grandstand to convince voters back home that he is repulsed by everything Trumpism represents.

The premier will not be in a room with a man who enters the Oval Office with the the geopolitical experience of George H.W. Bush or the keen intellect of Barack Obama. So starting with a graduate course on security policy is not the way to go. References to Thucydides and Clausewitz are not going to resonate with Trump.

So how should Prime Minister Abe approach what could be one of the most consequential meetings of his life?

He must explain things in simple terms. He should point out not only how valuable all the land which Japan provides the United States is, but also the high-quality Japanese labor there (paid by the Japanese taxpayer). He will also have to show the American president that Japan, like the other allies, actually has a robust military which serves U.S. interests. A few easily understood facts about the economic benefits of the current setup, such as the number of Americans who get their wages from foreign-owned and exporting businesses, might help. If the United States leaves, Japan will be weakened, and then Washington’s own position will be undermined and there’ll be less money around for Americans. Abe might point out that without Japan the Chinese would already be preparing to take Hawaii. It’s important that he also note that the world is interconnected. The United States abandoning the rest of Eurasia would affect Japan equally badly.

Finally, to flatter Trump, Abe would be wrong to approach this as just preserving the old system. He must think of some clever visible, but actually minor change, that would make the alliance look different, the way that if you add a few gold-plated faucets you can rebrand a fine hotel into a Trump Hotel without altering the property and its staff. It may be too much to hope that the Trans-Pacific Partnership (TPP) could gain Trump’s support by being rebranded as the Trump Pence Partnership but something along these lines should be considered. For example, the prime minister could offer to establish a large Japanese military training facility in the United States, where it would create jobs and boost real estate values (something which is dear to Trump). The Japanese Self-Defense Forces are indeed short of training space so it would also be useful. Before leaving, Abe should ask Trump for advice on the Tokyo Olympics. Doing so won’t serve any real purpose but it will make an insecure man who craves respectability feel better about the prime minister.

Maybe Abe can initiate the slow process of avoiding the worst. If he does this, not only Japan, but also other allies and the United States itself will be in his debt. Even China might, in the end, thank the prime minister. An isolationist America abandoning the western Pacific might appear like a Trump-given gift to Beijing. But would it really be? East Asia could turn into a large Chinese satrapy. But equally probably, turmoil and fighting could erupt. Does President Xi Jinping want the India-Japan nuclear deal to become a money-for-missiles and nukes program for Japan?

Abe’s mission is simple: To convince Donald Trump that the U.S. global role is not some expensive alimony paid to avaricious ex-wives but a investment which generates a higher rate of return than any building in New York City.
at November 17, 2016