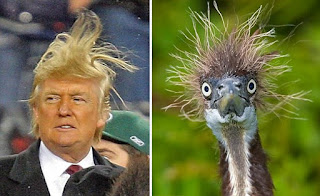 Most Republican foreign policy elites were sure that Hillary Clinton would be president. And they were sure that there would be a continuity in American foreign policy. They were so sure, that they were willing to go on the record denouncing Donald Trump as unfit to be a world leader. Whereas their views were heart-felt, they were also tinged with ample self-interest. The Republican signatories of the many letters and articles of condemnation all wanted to be considered for positions in a Democratic Clinton administration.

This is a point unlikely to be missed by the Trump team who have demonstrated a deeply personal and ideologically protective approach to vetting the President-elect's advisers and appointees.

The letters and interviews dismissive of Trump by prominent Republican foreign policy experts have the potential to turn into a "hit list." Trump may chose vengeance over expertise and ban, ostracize, or just simply ignore these people.

All the signatories of the "never Trump" letters have considerable, hands-on foreign policy experience combined with deep ties to the elites of the countries of their expertise. They are people in which foreign capitals rely upon for access to Washington and to smooth the way for good relations.

This has now disappeared. For those who follow Asia policy, this is especially true. Asian states have been particularly reliant upon long-cultivated friends who move seamlessly between government and either consulting or think tanks to provide consistency and inside information. They are the "alliance managers." Relationships are maintained by consulting contracts and conferences.

It appears that Trump will drain this onsen.

Here links to the letters signed by GOP insiders.

GOP Asia specialists have been quite alarmed and outspoken in their criticism of Trump. A number signed multiple letters. They took their lead from the titular "dean" of Washington Asia hands, former Deputy Secretary of State Richard Armitage who said "I have nothing but disdain for Mr. Trump and what he says and the way he acts."

He followed “If Donald Trump is the nominee, I would vote for Hillary Clinton,” Armitage told POLITICO in a brief interview. “He doesn't appear to be a Republican, he doesn't appear to want to learn about issues. So, I’m going to vote for Mrs. Clinton.”

Exclusive: Armitage to back Clinton over Trump by Michael Crowley, POLITICO. 16 June 2016.

Among the Asia experts, the most outspoken, with the greatest number of letters signed and interviews given to raise the alarm about a Trump presidency, was Michael Green, the Japan Chair at CSIS, Bush II's NSC Asia desk director, and Richard Armitage protegee. He is considered the go-to Japan specialist in Washington. Reportedly, the prime minister of Japan and other prominent Japanese officials have his personal number on their phone direct dial.

In After TPP: the Geopolitics of Asia and the Pacific (Washington Quarterly 9 September 2016), Michael Green and his CSIS colleague Matthew Goodman defend the importance of TPP by using Trump as an example of the ignorant opposition: "When presidential candidate Donald Trump argued in the Republican primary debates on November 10, 2015, that the TPP is “a deal that was designed for China to come in, as they always do, through the back door and totally take advantage of everyone,” the other candidates reminded him that China is not in TPP, and that the whole point is to build alliances and partnerships to better enable the United States to compete with China." (pg. 24)

He also gave the following interviews to explain his position.