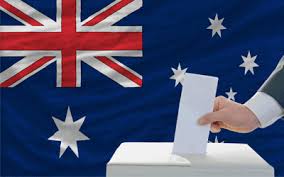 Australians will go to a federal election on 2 July 2016. At first glance the 19 seats in the House of Representatives that the Labor Party — the current Opposition — needs to win to take government seems a heroic undertaking. Yet, if the early polls are any indication, this may not be too far beyond its reach.

There are several dimensions to the 2016 election that add to the mystery of the result. The leaders of Australia’s mainstream political parties have only held their positions for a relatively short period of time. Neither has led his party through the gruelling demands of a federal election. And this year the election campaign period will go for around two months, nearly twice as long as usual.

But perhaps the greatest challenge is that this is a ‘double dissolution’ election — meaning that all 150 seats in the House of Representatives and 76 in the Senate will be up for grabs. It is the first time in nearly 30 years that Australians have experienced a double dissolution election. Predicting the result will be especially difficult.

To form government the winning party will need to secure a majority of seats on the floor of the House, but to be confident of providing stable, effective government and to pass its legislative agenda, it will also need to have a reliable coalition of supportive senators in the Upper House. This has been wanting in recent Australian parliaments and partly explains the rationale for a double dissolution election.

That said, this will likely be a very orthodox election with domestic political issues dominating the agenda over any significant international or foreign policy change. The Labor Party is making its pitch on increasing education funding, sustaining Australia’s high-class health care system and protecting the social security interests of its low-to-middle-class constituency. For Bill Shorten, the Opposition leader and former president of Australia’s trade union movement, this is the heartland of Australian politics.

In contrast, Prime Minister Malcolm Turnbull’s national economic plan of ‘jobs and growth’ draws on his more eclectic life experience, including as an international businessman. Since becoming prime minister in September last year, Turnbull has consistently emphasised the great economic opportunities offered to Australians by the transitions (and disruptions) now taking place in the global economy. He has stressed that there has never been more exciting time to live in a world of change and transition where enterprise and innovation can flourish and underpin significant domestic economic gains.

Against this background, it is unlikely that the election will provide much guidance on the future direction of Australian foreign policy. There is already a high degree of consensus, at least among Australia’s mainstream political elites, about foreign policy priorities. These include sustaining and deepening Australia’s security relationship with the United States, engaging with the Indo-Pacific, countering radical extremist terrorism and protecting homeland security.

During his three years as opposition leader, Shorten has done little to embellish this agenda, being content to respond to international issues as they emerge. And while the election will demand a more comprehensive statement of policy, it will likely be well within the parameters of the liberal internationalism that has long been the cornerstone of Labor’s foreign policy.

By contrast, the Turnbull government has already clearly marked its foreign policy ambitions. It will seek deeper engagement with the global economy through comprehensive free trade agreements and partnerships with Indonesia and India. Turnbull will also press hard, though perhaps unsuccessfully, for the Trans-Pacific Partnership to become a reality. Perhaps most notably, and with a significantly higher degree of emphasis from previous statements on the subject, the Turnbull government’s recent Defence White Paper gives high priority to working with all countries to ‘build a rules based global order’ which incorporates agreed rules of international law and regional security arrangements.

Once settled, the victor will have to face up to the pressing issues on Australia’s foreign policy horizon. In Japan, the Abe government was widely reported to have been disappointed, if not stunned, when Australia failed to award the contract for the development and manufacture of its new generation of conventional submarines to the Japanese contender. The decision raised doubts in Japan as to whether Canberra was seriously interested in developing a deeper strategic partnership. The answer is almost certainly yes, but rebuilding trust and confidence will demand some assiduous diplomatic attention.

Likely to be of a more enduring difficulty for Canberra is China’s determined push to expand its maritime boundaries in the South China Sea. Australia shares widespread regional concerns about the destabilising consequences of these actions. But Canberra is wary of being drawn into confrontation with Beijing and will need to strike a finely tuned policy balance — especially with the United States — which protects its own national security interests.

Finally, Australia has to address the Papua New Guinea Supreme Court’s decision to close the refugee detention centre on Manus Island. The decision punches a large hole in Canberra’s elaborately conceived regime to deter people smugglers and asylum seekers from looking to Australia. The issue resonates deeply within the Australian body politic and is highly controversial among wide sections of the community. The bipartisan consensus between the government and Labor on the issue is a further complication. Labor is struggling to hold together a febrile internal policy consensus against left wing opposition. The government will certainly exploit this split within Labor to its political advantage.

At the start of the campaign, opinion polls indicated that the election could hardly be closer, with one predicting a Labor victory of 51 per cent to the Coalition’s 49 per cent, while another reversed these results. Over the coming weeks, the polls will no doubt fluctuate as Australian voters wrestle with the choice they have to make on 2 July. At this stage it is almost impossible to say that either side can be confident it has a clear path to success.
at June 19, 2016