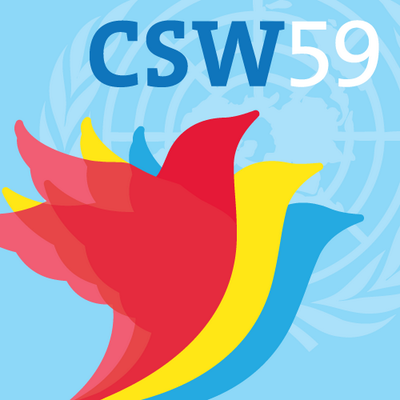 Today is International Women's Day. For ten days, from March 9 to 20, the 59th session of the UN Commission on the Status of Women takes place at United Nations Headquarters in New York. It will be a time of exchange, challenge, declaration, learning, and protest. There will be a number of events on the Comfort Women issue.

8 MARCH 1:30 to 5:00 PM
Commemoration of the 20-year anniversary of the Beijing Declaration and Platform for Action
Sponsored by UN Women,  the City of New York, the UN Women for Peace Association, NGO CSW New York, Man Up Campaign, and the Working Group on Girls.March through New York City midtown, starting at Dag Hammarskjold Plaza and ending on Times Square

Survivors' Voice: Film Screenings of Sexual Slavery in the Japanese Military during WWII'Song of the Reed' and 'Breaking the History of Silence'