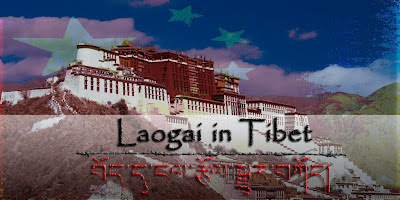 The Laogai Research Foundation in cooperation with the Lantos Foundation, the International Campaign for Tibet (ICT), and the Victims of Communism Memorial Foundation is hosting a conference in Washington, DC, Laogai in Tibet, on the China’s forced-labor prison camps in Tibet and their consequences.

More than 30 Tibetans have set themselves afire to protest the Chinese government’s oppressive policies. Although all China’s people face human rights abuses, minorities like the Tibetans suffer the most. Tibetans who try to escape persecution often flee to Nepal, but are turned away because of China’s close ties with the Nepalese government. They are often sentenced to a term in the Laogai – China’s forced labor prison system.

TUESDAY, JUNE 12, 10:30 AM–11:30 AM
Victims of Communism Memorial, Massachusetts Ave. & New Jersey Ave., NW (two blocks from Union Station). A ceremony to celebrate the 5th anniversary of the memorial’s dedication, with remarks by Members of Congress, Ambassadors, other VIPs, and the presentation of wreaths and flowers from around the world. Light refreshments will be served.
at June 07, 2012