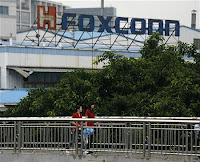 Corporate social responsibility (CSR) is becoming a topic of discourse in Washington. This week alone there were two public programs on the subject. The US government has taken an interest in the issue through the US State Department and the US Peace Institute.

At George Washington University in Washington, DC, professors are researching and analyzing the elements of CSR.
They are responding to increasing public pressure for responsible corporate governance and efforts by the UN and other international organizations to ensure that global corporations have cal responsibilities.
Last month, the METI-associated Institute for International Studies and Training (IIST) in Japan published a think piece on CSR by Tsugio Ide, Professor, Graduate School of Business, Nihon University in its IIST World Forum (5/31/12). They have kindly given us permission to reprint it here.

Corporate Social Responsibility in a

The global economic crisis triggered by the US subprime mortgage problem is in the process of tentative reversal thanks to cooperation among the international community, but a currency crisis has emerged in Europe along the way, with the preservation of the prevailing currency and financial systems and an economic philosophy prioritizing profit and growth giving rise to new causes of uncertainty in terms of the sustainable development of the global economy. The socioeconomic problems being experienced in Japan and abroad today call for a paradigm shift in the market economy system that regulated the 20th century and the socioeconomic framework which Japan has developed after the war.

Innovation in the emergence of modern capitalism
Here I want to look back on the significance of the market economy, which brought about the modern age, as well as the innovative nature of this.

(1) The emergence of the bourgeoisie in modern Europe caused Adam Smith to claim that self-interest was giving rise to new morals such as industriousness, frugality and prudence, so that self-interest could consequently be linked to public interest. Max Weber saw the ideological elements and the ethical climate which promoted the advance of capitalism from the inside as being the Protestant Ethic, the Spirit of Capitalism and a behaviour system that integrated labor, thrift, fidelity and justice.
(2) In Japan too, Baigan Ishida, who lived in the modern Edo period under feudal rule, argued that a merchant’s profit was the same as a samurai’s reward, and that when one knew the Way of the merchant, one would abandon personal desire and practise frugality out of a sense of integrity. His City and Country Dialogues therefore found social significance in the economic behaviour of merchants. The man devoted to the development of Japan’s economy and industry in the Meiji period, Eichi Shibusawa, also believed that the Analects of Confucius were a practical lesson for all humanity, and consequently advocated harmony between good ethics and business (The Analects and the Abacus).
(3) These examples suggest that a harmony was perceived between economic activities and ethics in both the East and West—an accord between personal benefit and social benefit. This management philosophy changed nature in the course of the actual operation of capital and the capitalist society movement, but the core of market economy is a social system that requires people to be moral and economy and ethics to be kept together. Without this core, it seems unlikely that a globalized society characterized by deepening interdependence would find universal support.
(4) Turning the argument around, the companies/corporate bodies which are the main agents in economic activities today manifest a person/thing duality (University of Tokyo Professor Emeritus Katsuhito Iwai). In other words, when a company (a legal thing) is recognized as a corporate entity (a legal person), it is expected to have the same thoughtfulness and ethics as a person. Natsume Soseki noted in his work Watashi no Kojin-shugi (My Individualism) that the elite who have social influence must work to cultivate their own individuality, respect the individuality of others, use their power and observe the concomitant obligations, and shoulder the responsibilities accompanying the use of their financial power. It could be argued that these same responsibilities need to be viewed as a precondition for corporations (legal persons) as public instruments, as well as for the market economy system.

Standards of behavior required in terms of corporate social responsibility (CSR)
The process of the socialist socioeconomy ideology crumbling and falling, China shifting to a market economy system and the Cold War drawing to a close caused neoliberalism and market fundamentalism to thrive. At the same time, however, a pervasive emphasis on profit and efficiency and a succession of corporate scandals gave rise to a new drive at home and abroad for corporate social responsibility. In other words:
(1) The call for companies not just to observe minimum compliance with laws and regulations but also to take on social responsibility in their relations with various stakeholders beyond their customers, employees and stockholders became more marked.
(2) CSR is becoming a key factor in corporate evaluations and performance as a result of trends such as the advance of a digital society, the appearance of global environmental problems, the emergence of global trading, social injustice and increasing interest in corporate governance. Companies are the subject of growing expectations on the part of customers, employees and other constituent actors, as well as investors and lenders, suppliers, rivals, local communities, NPOs and various other stakeholder, and CSR awareness and initiatives are influencing the overall social assessment of organizations, organizational cohesion among employees and constituent actors, the ability to attract customers, and investors and financers, government and the mass media.
This climate has generated a marked drive in corporate groups as well as the United Nations and other public institutions beyond the bounds of sovereign states to set CSR behavior standards and encourage efforts in this regard. This new reality—a market economy value shift—can be seen in the following two cases in Japan and offshore as examples.

Nippon Keidanren Charter of Corporate Behavior
Keidanren responded to the business scandals arising out of the bubble economy and its over-emphasis on profit by drawing up 10 principles for a Charter of Corporate Behavior subtitled “For Gaining Public Trust and Rapport” as well as a set of concrete implementation guidelines (first published in 1991, and subsequently revised several times). If this charter becomes an established compass for Japanese corporate management, the mood of stagnancy currently enveloping the Japanese socio-economy should open out into a much broader prospect for the future. The kind of corporate scandals experienced by Daio Paper, Olympus and capital management company AIJ Investment Advisors would disappear, while communicating those principles offshore would also obtain international support. I fervently hope that by taking as a basic strategy this Corporate Charter which it has devised itself, Keidanren will lead the way into a paradigm shift.

Caux Round Table Principles for Business
At the Caux Round Table in 1994, Japanese, US and European businesspeople proposed that the 21st century market economy should pursue ethical capitalism based on their belief that the world business community should play an important role in improving economic and social conditions. The Principles for Business responded to a sense of crisis over the way in which neoliberalism and Chicago School market fundamentalism (business management that prioritizes market share, stockholders and the pursuit of profit) have flourished, making a strong appeal for the need to counterbalance market economy with CSR beyond the constraining force of law and the market. The seven principles, which are rooted in the two basic ethical ideals of kyosei (living and working together for the common good) and human dignity, have been a highly significant motivating factor behind multilateral debate, including the UN Global Compact, the EU Commission CSR Communication, and the ISO26000 guiding standard on the social responsibility of

Trends in academia
Professor Michael Porter from the Harvard Business School has described corporate social responsibility as solving social problems through business (integrating social problems and business activities, realizing shared value), while fellow professor Lynn Sharp Paine has characterized the new reality in which corporate ethics has begun to have a major place in corporate activities as a ‘value shift’. In his book The Most Important Companies in Japan, Professor Koji Sakamoto from Hosei University posits the order of priority for CSR as (1) looking after employees and their families; (2) looking after suppliers and subcontractors; (3) making customers happy; (4) making local communities happy; and (5) making naturally-emerging shareholders happy. Providing actual examples of small and medium enterprises practising this philosophy, his work has attracted much sympathy.

Need for an historical consciousness in forming a new paradigm
In our modern society, characterized by a belief in science and technology as the ultimate panacea, mass production and mass consumption, the need for an historical consciousness is becoming even more important in terms of understanding and recognizing the relativity of human beings, our interdependence, and the whole as well as the parts. Japanese education from the Meiji era through to the present day has focused on training technocrats to contribute to modernization, industry-building and post-war reconstruction, resulting in historical consciousness being forgotten. In academia, history, philosophy and other such subjects have been banished to the corners of literature departments, with an overall trend toward dismissing the liberal arts. For example, in law education, the philosophy of law, the sociology of law and the history of judicial systems—all of which foster an historical consciousness—are not core subjects. Economics began with an historical consciousness, but modern economics, which reduces people to ‘homo economicus’ (Amartya Sen  called them ‘rational fools’), has descended into a discipline totally lacking in historical consciousness. On top of this, the fragmentation of disciplines has brought about an emphasis on the need for interdisciplinary concepts and methods, but most of this has in fact just been fanfare, creating a partial equilibrium that lacks an overall equilibrium perspective.

The influence of such school and university education, as well as increasing disciplinary specialization, are also reflected in actual society, symbolized by the way in which Japanese firms and organizations boast outstanding operational efficiency but are poor at organizational management and strategic thinking beyond this. These factors are impeding a major paradigm shift, and will need to be overcome to truly address market economy systems in the 21st century as well as the social responsibility of the companies constituting these.
at June 05, 2012