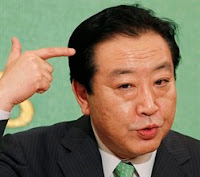 On November 10, Japanese Prime Minister Yoshihiko Noda gave a tentative yes to Japan’s participation in the Trans-Pacific Partnership trade negotiations. He had been advised to approach the issue in a “cautious manner” and his endorsement was far from strong. At his news conference, Noda used indirect language saying, “there is the need to strive to gather further information and to conduct thorough national debates so that Japan can come to a conclusion on whether to join the TPP negotiations from the view point of achieving national interests."

He stressed the need to firmly safeguard Japan's unique health care system, traditional cultures, and farming villages. At the same time, Noda said that Japan "must incorporate the economic growth of the Asia-Pacific region" to pass on to the next generation the current prosperity, and Japan must develop its society into a robust one. From this perspective, he said that he has decided to “begin consultations with the relevant countries. "

Whereas most Americans interpreted Noda’s vague statement as a definitive yes--thinking (wrongly) that a removal of tariffs heralds open and free trade with Japan--the Japanese understood the nuance in their prime minister's language. Noda simply expressed an intention to join only pre-talk talks. His first task was less to appease the Americans than to defuse discontent among his DPJ opponents, including former farm minister Masahiko Yamada and those who threaten to leave the party.

Why American leaders believed that Japan had said "yes" to joining TPP  is unclear. I do not believe Noda had even Cabinet approval to commit to the negotiation.  Japan hands, used to the Japan that says "maybe no," were surprised by Washington's innocence. As blogger Shisaku observed, it was a "classic move" where Japan was "not only snookering the opposite side but getting the opposite side to apologize for getting snookered."

Americans failed to understand that what is at stake is not so much the economic interests of the nation as it is Japan's political culture. TPP factors heavily in the court-mandated reapportionment of electoral districts. Although 80% of the people live in urban areas, their votes only comprise about 20% of the Diet. The rural, agricultural political interests are not going to give up power easily. TPP will likely cut more electoral districts than tariffs.

Although divisions are bitter and focused within the political realm, it is unclear where the general public opinion falls on TPP. Polls conducted by two major media outlets reveal split opinions over Japan’s involvement in the U.S.-led TPP negotiations. There is not a majority either way and many simply feel uninformed.

A Kyodo News nationwide telephone-based public opinion survey published on November 6th found that 38.7% of those polled believe that Japan should participate in TPP negotiations and 36.1% believe that Japan should not. When asked if the government had explained the repercussions for participation 78.2% answered in the negative and 17.1% answered in the affirmative. According to this poll Noda’s approval rating has dropped to 47%, down 7.5 points since October.

To further emphasize Noda’s equivocal stance toward TPP, was the immediate misinterpretation of his decision by the White House and State Department. On November 12, U.S. President Barak Obama tried to clarify Noda’s statement by "welcom[ing] Prime Minister Noda' statement that he would put all goods, as well as services, on the negotiating table for trade liberalization,"

Japan’s Foreign Ministry swiftly denied that Prime Minister Noda had said Tokyo will discuss liberalizing trade in all goods and services. The ministry protested against the U.S. readout and the U.S. side apologized for its misunderstanding, if not over-generous interpretation of Noda’s talks with the President. Yes, all items can be subject to trade liberalization talks, but not all will be seriously considered.
at November 13, 2011