Noda and TPP: Too big, too soon 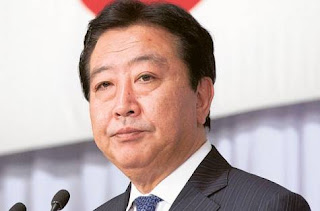 It is doubtful that Prime Minister Yoshihiko Noda can manage Japan’s quick participation in the Trans-Pacific Partnership (TPP) negotiations. He is likely to miss the deadline promised for the mid-November APEC summit in Hawaii. The Noda government wants to say yes, but it has no way of holding together the party or its government if it does.

Noda is constrained by Japan’s cumbersome and time-consuming decision-making. An increasingly organized opposition to Japan joining TPP also restrains him. There is a deep-seated doubt across the political spectrum that TPP is not in Japan’s national interest.

TPP supporters believe that such views can be countered by a campaign to correct these misunderstandings, but time is not on their side. The DPJ and other parties are split, if not outright opposed. The best that Noda may offer at APEC is a vaguely worded statement to eventually join TPP. The back strategy is a hope that by spring his government can offer a binding commitment.

Consensus manager
Noda is an old-style consensus manager, common among past LDP leaders. He is trying to make decisions based on a consolidation of views in his government at the cabinet level and those in his party, the Democratic Party of Japan. To do so, he has created consensus-creating groups both in his cabinet and party—the National Strategy Council and the Policy Research Council respectively.

The two sets of views will be turned into a unified position by the Joint Government-Party Executive Council headed by Prime Minister Noda. The test of this new process, unfortunately, is TPP. Further, Noda set an internal deadline of November 4, though preferably November 2 to coincide with the G-20 summit conference on November 3-4.

DPJ split on TPP, as is the LDP
The DPJ is split on TPP. The party’s TPP project team, headed by former METI minister Yoshio Hachiro, only started to debate the issue on October 28. Moreover, those in the DPJ opposed or having doubts about Japan joining the TPP have formed their own powerful group, led by former agriculture minister Masahiko Yamada. It is holding hearings that question whether joining the TPP would be in Japan’s national interests.


Former Prime Minister and DPJ Party President Yukio Hatoyama is part of that crowd. He sat in the group’s sessions and commented on October 21: “If we do everything the U.S. tells us what to do, we can’t jump to the conclusion that the country will get better. In my view, we should protect our country.”

Similarly, the leading opposition party, the Liberal Democratic Party (LDP), has also found itself facing the same dilemma. Debate has been centered in the party’s Foreign and Economic Policy Liaison Committee, led by former Foreign Minister Masahiko Koumura who appears to oppose. LDP secretary general Hidenao Nakagawa, however did issue a report on October 27 calling on the party to seriously consider joining TPP.

The LDP opposition partner, New Komeito, has come out against TPP. It sees membership as a threat to Japan’s agriculture and domestic industry. Worse they accuse the DPJ of pandering to the U.S. with joining TPP only to “please the U.S. at the expense of agriculture” in order to “cover up” its “diplomatic blunders” over the last two years.

Public confused while fear rules
The government ministries are also divided on how joining TPP will affect Japan, both economically and socially. While the Cabinet Office says GDP will be up .48 to .65% from the benefits of joining TPP, the Agricultural Ministry has its own study that claims that GDP will decline by 1.6% from the negative impact of TPP. The Ministry of Economy, Trade and Industry (METI) has countered with its own simulation that shows GDP will decline 1.53% if Japan does not join.

A Nikkei poll released on October 31 found 45% of the public approving TPP with 32% opposed. They appear to agree with Tokyo University Professor Motoshige Ito who argues that the Japanese economy since the bubble burst in 1990 has been behind the curve in terms of the global trend of trade liberalization. If Japan misses this opportunity, he argues, its economic fate will be sealed for the next decade or two, as other economies continue to grow and Japan’s does not.

Fear mongering by interest groups opposing TPP has spread through the media, spreading myths that everything from agriculture to medical services would be destroyed by TPP membership. The campaign is led by JA Zenchu, The Central Union of Agricultural cooperatives, which has launched a full-blown anti-TPP movement, having accumulated millions of signatures that it presented last week to the Noda Administration. Since those petitioners are potentially votes that could be cast now for the opposition in the next election, the DPJ, already unpopular, cannot ignore that factor. A rally with reportedly 3,000 TPP opponents was held recently in downtown Tokyo.

If Noda is going to overcome such opposition, he needs strong leadership and party support. He also needs more time. A November 15th deadline is simply not realistic.