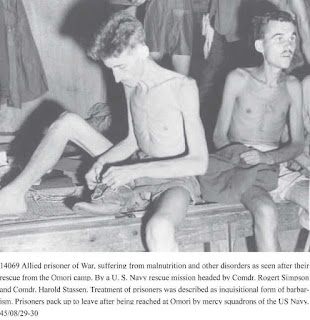 The Japan Times' decision to revise its description of women forced into sexual slavery by the Japanese military during World War II has triggered anger and condemnation. Julian Ryall reports.

Japan's oldest English-language newspaper, The Japan Times, has provoked anger and accusations of historical revisionism after announcing that it will no longer use the term "comfort women" to describe women forced to serve in front-line brothels for the Japanese military during World War II.

The paper also said that it was dropping the phrase "forced laborers" for the hundreds of thousands put to work in often appalling conditions during the conflict.

Read more: 'Comfort women' - The wounds of their lives

On November 30, The Japan Times said in an editor's note attached to a story that the terms "comfort women" and "forced labor" were "potentially misleading."

Claiming that the "conditions [the laborers] worked under" and how they were recruited "varied," the paper said it will from now on refer to them as "wartime laborers."

The definition of "comfort women" has previously been understood to refer to women who were forced to provide sex to Japanese troops before and during World War II, but that is being altered, the paper added.

Rewriting history
"Because the experiences of comfort women in different areas throughout the course of the war varied widely, from today we will refer to 'comfort women' as 'women who worked in wartime brothels, including those who did so against their will, to provide sex to Japanese soldiers.'"

The announcement appeared in the paper at the bottom of a story about the ruling by the South Korean Supreme Court on November 29 that Mitsubishi Heavy Industries should pay compensation to a group of Koreans who had been forced to work in the company's munitions factories and dockyards during the war.

Mindy Kotler, director of Asia Policy Point and an advocate for the rights of former Allied prisoners of war, many of whom were also forced to work in Japanese factories, described the paper's change in editorial policy as "a dramatic capitulation" to Prime Minister Shinzo Abe's "PR efforts to rewrite history" and fit his own political agenda.

"This is nothing less than astonishing and outrageous," she said. "This is not a change of wording; it is a change of definition. It is the manipulation of language to bury history."

Kotler charges that a "central theme" of the Abe administration has been to deny Japan's war crimes "as mere manifestations of victor's justice" and his administration has set up committees to undermine the 1993 statement by then Chief Cabinet Secretary Yohei Kono apologizing to the comfort women, as well as the outcomes of the Tokyo War Crimes Tribunals.

"The goal is to build an idealized wartime regime," Kotler said. "Ignored is the fact that Japanese fascism had bad personal, national and international consequences."

The Japanese government is likely to try to apply the same term to Allied prisoners of war (POWs) who were put to work, Kotler said, adding, "Mostly it whitewashes the horrors and abuses inflicted upon those who did not willingly work for Japanese industries."

Change in ownership
The change in editorial policy at The Japan Times — founded in 1897 — comes 17 months after it was sold to a Tokyo-based public relations company called News2U Holdings for an undisclosed amount. In a statement issued at the time, the new owner said it would maintain the paper's editorial independence.

But some people believe that the Japan Times is already taking a new editorial line by adopting a position which is closer to the Abe administration, which has been determined to deny Japan's war crimes 'as mere manifestations of victor's justice'.

"The reason this new policy at the newspaper is in error is because when it comes to sex slavery, they try to conflate voluntary prostitution with the women and girls who were abducted and forced to work in these brothels," said a former employee of The Japan Times who wished to remain anonymous.

"It may be that there were some women who were working voluntarily, but the rest of the world is talking about those who were not volunteers," the source said, adding: "To me, this is a disingenuous attempt to whitewash history and, for me, the only people who don't know about Japanese history are the Japanese themselves."

The Japan Times was contacted for a comment for this article but did not reply.

Kotler believes that Tokyo will continue to use diplomatic pressure and money to promote its version of history, such as the removal of a "comfort woman" statue that stood close to the site of the Bayview Hotel in Manila, scene of an alleged mass rape and murders by the Japanese military in the closing days of the war.

"This is not a mere editorial policy of an independent newspaper," she said. "The only response should be loud condemnation. The New York Times should sever its ties with The Japan Times."
at December 08, 2018