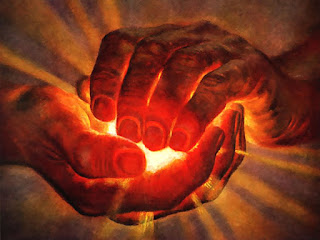 Puts Japan in a difficult position and enhances its policy contradictions

A global ban on nuclear weapons was approved earlier this month at the U.N. headquarters in New York. A total of 122 countries signed the Treaty on the Prohibition of Nuclear Weapons. None of the signatories, however, possesses a nuclear bomb.

The world’s nuclear club — the United States, Britain, Russia, China, France, India, Israel, Pakistan and, most recently, North Korea — boycotted the talks, arguably dooming them to failure. Nikki Haley, U.S. ambassador to the United Nations, said in March that Washington couldn’t allow “bad actors” to have nuclear weapons and “those of us that are good, trying to keep peace and safety, not to have them.”

A joint statement by the United States, Britain and France on July 7 said the ban “disregards the realities of the international security environment.” As a result, all countries that rely on the nuclear deterrent either stayed away (including South Korea), voted against the ban (the Netherlands) or abstained (Singapore).

Japan’s absence from the talks was striking. The U.S. atomic bombings of Hiroshima and Nagasaki in August 1945, which are estimated to have killed or wounded more than 200,000 people, mostly civilians, remain the only use of nuclear weapons in warfare, giving Japan considerable moral heft in any discussion on abolition.

Tokyo’s disarmament ambassador, Nobushige Takamizawa, lamented in March at the beginning of negotiations that while his country would “continue to pursue realistic and effective” disarmament measures, “regrettably” it was unable to join the talks.

The decision appalled Japan’s hibakusha, the dwindling survivors of the 1945 atomic bombings. Toshiki Fujimori, assistant secretary-general of Nihon Hidankyo, an organization for atomic bomb victims, said it left him “heartbroken.” Fujimori was little more than a year old when the bomb exploded over Hiroshima on Aug. 6, 1945.

“Up until the day before the negotiation convened, the minister of foreign affairs showed an intent to attend the negotiations but, in the end, he didn’t,” Tanaka said. “I think there was influence from the Prime Minister’s Office not to go.”

Japan has for decades acknowledged the anti-nuclear cause while sheltering under the U.S. defense umbrella. The nation’s so-called three non-nuclear principles, outlined by Prime Minister Eisaku Sato and formally adopted in 1971, state that Japan shall neither possess nor produce nuclear weapons, nor shall it permit their introduction into Japanese territory.

“Japan is the only country in the world to have suffered the ravages of atomic bombing,” said Sato, accepting the 1974 Nobel Peace Prize for his contribution to the efforts toward nonproliferation of nuclear weapons. “That experience left an indelible mark on the hearts of our people, making them passionately determined to renounce all wars.”

However, those noble sentiments were not safe from the Cold War calculations needed to maintain the facade of pacifism in a heavily nuclearized neighborhood, when the Soviet Union and then China acquired their own deterrents against what they saw as potential U.S. aggression.

Japan’s no-nuke rule was undermined by a backroom deal struck between Washington and Tokyo, signed by Sato and President Richard Nixon in 1969. The deal allowed the possibility that nuclear-armed U.S. ships and aircraft traffic anywhere through or over Japanese territory for decades.

Politicians on both sides of the Pacific repeatedly denied the deal. In February 2016, Washington finally admitted what had almost become an open secret — that nuclear weapons were stored in Okinawa in Japan’s far south before its reversion to Japanese rule in May 1972. The secret agreement allowed for their re-introduction without prior Japanese consent in times of crisis.

Japan’s abstention from this year’s U.N. conference, therefore, did not come out of the blue. In 1998, it declined to sign a U.N. resolution against no first use of a nuclear weapon. Washington has historically maintained the right to a preemptive strike. Attempts to end the policy are typically condemned as liberal naivete.

Prime Minister Shinzo Abe appears to agree. Last year, shortly after standing beside U.S. President Barack Obama on his historic visit to Hiroshima, Abe reportedly expressed “concern” that the United States was weighing whether or not to end its policy of no first use. Abe warned Adm. Harry Harris Jr., head of the U.S. Pacific Command, that deterrence against North Korea would suffer as a result, according to a report in The Washington Post, a report that has not been denied.

Japanese officials rarely discuss such nuclear issues publicly — hardly surprising given their unpopularity: Just 5 percent of Japanese people said they wanted their country to possess nuclear weapons in a poll conducted by think tank Genron in 2016. In South Korea, by contrast, the figure is consistently over 50 percent.

A senior Japanese defense official, speaking off the record owing to the sensitivity of the issue, said whatever his personal feelings, the “reality” is that as part of Japan’s alliance with the United States, the nuclear deterrent is necessary.

“We share the view that we should have a peaceful and stable world without nuclear weapons, but can we one-sidedly do away with them?” the official asked. “If someone has nuclear weapons, they must believe in them.”

The contradictions of Japan’s position, however — acknowledging domestic sentiment on nuclear weapons while supporting the United States’ right to deploy and use them — are likely to become more glaring as tensions in East Asia grow.

China’s growing economic and military clout and, since 2006, the entry of North Korea into the group of nuclear powers have helped convince Pentagon planners that such moves may have been premature. The shifting U.S. defense policy puts Japan in a difficult position as it tries to deal with three nuclear-armed states on its doorstep.

Bush’s “liberal” successor, Barack Obama, authorized “the largest expansion of funding on nuclear weapons since the fall of the Soviet Union,” said the Alliance for Nuclear Accountability, a Washington think tank, in September 2014. The $1 trillion splurge puts the world on track for a 21st-century arms race, it warned.

Washington will not rule out a first-strike option against China, says Gregory Kulacki, a China specialist at the Union of Concerned Scientists, a think tank.

“(China) has been asking that for 10 years, and we won’t give it to them,” Kulacki says.

Since building its first nuclear bomb in 1964, Beijing has repeatedly reaffirmed a no first-use policy.

The Pentagon’s Strategic Command, meanwhile, which was charged with obliterating the Soviet Union during the Cold War, is working on a new evaluation to determine “whether the Russian and Chinese leadership could survive a nuclear strike and keep operating,” the Bloomberg news agency reported.

Critics say the “modernization” of U.S. nuclear forces is code for a technological leap, increasing America’s capacity to fight and win a nuclear war.

“This increase in capability is astonishing — boosting the overall killing power of existing U.S. ballistic missile forces by a factor of roughly three,” says a paper in the Bulletin of the Atomic Scientists in March. That, in turn, encourages America’s enemies to keep their own fingers on the trigger, the paper’s authors say.

The second, Kulacki says, “is a small and secretive group of bureaucrats in Japan’s defense and foreign policy institutions who may have different views.” Alarmed by China’s territorial claims to much of East Asia, as well as North Korea’s five nuclear tests, these bureaucrats are working harder to reverse the Bush legacy, he says.

“They have made a sustained effort to have U.S. tactical nuclear weapons redeployed in Asia,” Kulacki says. In addition, he says, the once-taboo notion of “tailored nuclear options” has growing support on both sides of the Pacific.

“(Bureaucrats) believe that a credible threat to use nuclear weapons first or preemptively is necessary for maintaining the credibility of the U.S. nuclear deterrent in Asia,” Kulacki says.

Defense officials in Japan will neither confirm nor deny these claims. Noboru Yamaguchi, a retired lieutenant general with the Japan Ground Self-Defense Forces, who supports the modernization of America’s nuclear arsenal, says tactical nukes in East Asia “don’t make any sense.”

“Tactical nuclear weapons used to be a good tool to compensate for inferiority in conventional arms,” Yamaguchi says. “Not any longer — we are conventionally superior. In this region, the U.S. Navy and Japanese Navy have always been superior to any other navy, including the Chinese or the Soviets, so there is no need to rely on such weapons.”

Ramesh Thakur, director of the Centre for Nuclear Non-proliferation and Disarmament at the Australian National University and author of “Nuclear Weapons and International Security,” calls such a strategy a seductive illusion.

“The limited utility of nuclear weapons rests on the certainty of nuclear retaliation, not in any belief in its first use,” Thakur says. “First-use posture is a Cold War deterrence legacy whose logic breaks down once nuclear weapons are used and the empirical reality is transformed from peacetime deterrence … to fighting an actual war.”

Thakur is “skeptical” of the strength and influence of pro-nuclear officials in the Japanese national security bureaucracy. Nevertheless, the distance between them and mainstream thinking in the government appears to have narrowed under Abe, Thakur says.

Some analysts note, for example, that Shotaro Yachi, a key Abe aide, was a disciple of Kei Wakaizumi, the diplomat who negotiated the secret deal with Nixon in 1969. Wakaizumi is believed to have been a “realist” who wanted to end Japan’s “insular pacifism” and over-reliance on U.S. military protection, says Giulio Pugliese, a lecturer in war studies in King’s College London.

That said, Japan is very unlikely to go so far as to start building its own nuclear arsenal for protection, despite Donald Trump telling The New York Times while running for U.S. president last year that it might not be such a “bad thing” if Japan (and South Korea) developed nuclear weapons.

U.S. Vice President Joe Biden had also played a similar card last year. “What happens if Japan, who could go nuclear tomorrow? They have the capacity to do it virtually overnight,” Biden told Chinese President Xi Jinping in June 2016.

While few doubt that Japan has the required capital, technology and raw materials, there is more to joining the nuclear club than that, says Alessio Patalano, a reader in East Asian warfare and security at the Department of War Studies at King’s College London.

“You need civil-military relations set up, command and control, a national security council,” Patalano says. “And you need political confidence to understand the complexity of how to use nuclear weapons.”

Another obstacle is popular opposition — merely floating the idea of a nuclear weapon would most likely be tantamount to political suicide — and the certainty that it would trigger a regional arms race.

Whatever the thinking, tactical nuclear weapons in East Asia would be a disaster, says Thakur, ratcheting up tensions with China and North Korea and potentially spooking Kim Jong-un into launching a preemptive strike on Seoul if he fears imminent U.S. attack.

“Remember, Pyongyang has been living with hair-trigger sensitivity and preparing for a U.S. attack for decades,” Thakur says. “A nuclear umbrella may offer protection of the great and powerful ally, but any actual use ceases to be protective and instead morphs into the most catastrophically self-destructive security guarantee imaginable.”
at July 31, 2017