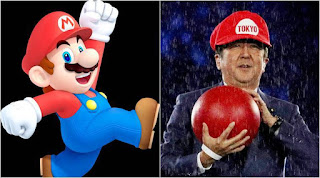 JAPAN HAS MADE CULTURE A POLITICAL TOOL

Much has been made of Japan’s recent turn away from pacifism and growing military muscle, but Tokyo is also extending its global reach in more subtle ways. Japan is especially serious about increasing its soft power, the ability to win over global partners with cultural and diplomatic affinity rather than coercion and sheer heft.

Tokyo has long busied itself building a national “brand”, an image that combines the supposed uniqueness of Japanese language, cuisine, and traditional hospitality with its postwar pacifism and reputation for technological prowess. The latest iteration of this project is the Cool Japan initiative, which capitalises on the international popularity of manga and anime to project the Japanese brand around the world.

But while this might all sound like very 21st-century stuff, the idea of packaging national culture into a political brand is a familiar one, and Japan has been doing it for decades—albeit in very different ways.

Before World War II, imperial Japan presented itself as the “liberator” of Asia, the only modernised Asian state to have escaped Western colonialism. This myth already contained the core elements of Cool Japan, depicting Japan as neither Asian nor Western but an exotic hybrid of Western modernity and Asian tradition. This deft act of national branding won it the 1940 Olympics—but as the country’s expansionist offensives in Asia ramped up in the late 1930s, the games were abandoned.

Yet remarkably, this myth of Japanese cultural uniqueness survived the devastating and humiliating defeat of August 1945. On the contrary, it was reinforced by Japan’s postwar pacifism and rapid reconstruction that began in the mid-1950s. Over the next few decades, Japan became the second-largest economy in the world, once again suggesting that it was a trailblazing standout in an otherwise backward Asia.

That approach paid off with the successful bid for the 1964 Tokyo Olympics, which this time actually happened.

The organisation that most actively promotes this mission today is the Japan Foundation, Japan’s answer to the British Council and a potential rival to China’s Confucius Institute. The foundation’s job is to promote Japanese language and culture, principally by engaging in international cultural exchange programmes and encouraging language learning.

Indeed, the Foundation, has been active in hosting Japanese language speech contests outside Japan, as well as conducting Japanese Language Proficiency Tests whereby learners can gain a certificate of Japanese language fluency. Furthermore, the Japan Foundation promotes cultural and academic exchanges between Japan and the outside world. And as the Japanese Foreign Ministry itself suggests, cultural exchanges help to lubricate diplomatic relations in general.

Abe Power
On the face of it, Prime Minister Shinzo Abe’s much-touted economic revitalisation programme, known as Abenomics, has little to do with soft power. In its first incarnation as the Beautiful Country programme, the hallmark of Abe’s first term in 2006-7, this was a thoroughly domestic agenda of constitutional amendments, fiscal restructuring and economic deregulation.

But this wasn’t just an economic programme; it was also a nationalistic one, designed to turn domestic economic regeneration into an international display of supposedly distinctive Japanese attributes, not least diligence and resilience.

With patriotic education at home and cultural outreach abroad, Abe is turning the old myth of Japanese uniqueness into a different kind of nationalism. To be sure, he clearly believes that economic revitalisation and a renewed military are crucial prerequisites for rebuilding Japan’s self confidence. But he also knows that to truly win over the rest of the world, it has to win the hearts and minds of global consumers.

And so the Abe government is advancing a carefully calibrated image of a beautiful, vibrant Japan, simultaneously traditional and modern. Perhaps the ultimate expression of this was Abe’s in-person appearance as Super Mario at the closing ceremony of the 2016 Rio Olympics, heralding Toyko’s turn in 2020. It might have looked trivial, but in reality, it was the apex of a calculated, long-term propaganda exercise that will project Japanese influence as far as possible.

So the next time you pick up a manga comic from your local bookshop or grab a sushi roll off a conveyor belt, remember that you’re not just treating yourself – you’re also playing your part in a long and very considered political project.