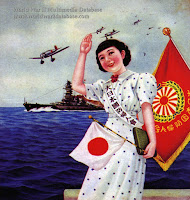 By Jeff Kingston, director of Asian Studies, Temple University Japan. APP Member, Japan Times, May 13, 2017
Prime Minister Shinzo Abe has boldly promised to revise the Constitution by 2020, to coincide with the Tokyo Summer Olympics, saying “That will be a year when a newly reborn Japan begins to move strongly forward.” However, the public doesn’t share his enthusiasm.

In terms of revising the Constitution, opposition is highest (50 percent) in the Asahi poll, followed by Nikkei’s 46 percent, Kyodo’s 37 and NHK’s 34. Support for revision ranges from 60 percent in the Kyodo poll (combining “necessary” or “somewhat necessary”) to 45 percent according to Nikkei, 43 percent from NHK (down 15 percent from 2002) and 41 percent in the Asahi. The Asahi Shimbun also reports that half oppose any revision at all under Abe.

For the war-renouncing Article 9, Asahi reports 63 percent as being opposed to revision; NHK gives 57 percent and Kyodo 47 percent. Those in favor of revising Article 9 range from 49 percent in the Kyodo poll to 29 percent in the Asahi and NHK’s 25 percent, down from 30 percent in 2002. NHK also reported that 82 percent found Article 9 very or somewhat useful for maintaining peace and security. Regarding the Self-Defense Forces, NHK found that 62 percent regard their existence as constitutional while 11 percent don’t, and 87 percent think that Japan is currently threatened, especially by North Korea and China.

Public attitudes may be discrepant, but Abe has an unprecedented opportunity to secure the two-thirds approval he needs in both houses of the Diet to set the stage for a public referendum, in which he would need only a simple majority to realize his long-standing dream.

The referendum law stipulates that a simple majority of votes cast can pass a revision, but it does not specify a minimum turnout of voters to validate a plebiscite. For example, revisions could be approved with the support of about 25 percent of eligible voters — about what the Liberal Democratic Party garners in national polls, in which turnout recently has hovered at just over half of eligible voters.

Abe hopes that this legacy project can be achieved by 2020, and with the “help” of Beijing and Pyongyang he might just pull it off. Coalition partner Komeito seems on board, but may prove difficult if Abe pushes for more on security than he is currently revealing.

Abe explained that he won’t get rid of Article 9, the provision of the Constitution that has talismanic significance for many Japanese despite successive LDP-led governments reinterpreting it over the decades to ease constitutional constraints on the SDF. These efforts culminated in the April 2015 U.S.-Japan Defense Guidelines and later that summer in Abe’s collective self-defense legislation. That sequencing says a lot about Abe’s priorities, in that he sealed the deal with Washington first in a manner that subordinated the Diet’s role.

But since Abe is seeking clarification about the SDF in Article 9, shouldn’t he also include specific reference to the right to CSD and the three vague principles that ostensibly constrain Japan’s military actions? These principles grant the PM considerable discretionary authority to deploy the military if he alone determines that: 1) Japan or a country closely related with Japan is under military attack, which poses a threat to Japan’s existence and puts Japanese nationals’ lives, freedom and their right to pursuit of happiness in clear danger; 2) there are no other means to overcome the above-mentioned danger so as to ensure the existence of Japan and the protection of Japanese nationals, and; 3) the military engagement is limited to the “minimum necessary use of force.”

In focusing debate on declaring the SDF constitutional, Abe is avoiding the much more contentious issue of CSD and the new powers he gained to deploy troops overseas at Washington’s behest.

I have heard non-Japanese advocates of revision suggest that retaining Article 9 keeps Japan subordinate to the U.S., and thus it is crucial to revise it so that Japan can become an autonomous sovereign nation. I have no beef with Japan revising the Constitution according to the principles laid out in Article 96 for doing so. I think it is preferable to pursue formal revision rather than surreptitiously bypass such procedures as Abe has done. But will revising Article 9 really give Japan more autonomy? It seems more like Abe is kowtowing to the U.S. in order to bolster an alliance in which Japan gets its marching orders from Washington.

The other trial balloon released by Abe was his proposal to make free higher education a constitutional right, pandering to the opposition and public opinion to offset concerns about amending Article 9. But surely Abe must have more up his sleeve than this gimmick if Japan is to be reborn in 2020.

It is significant that Abe’s May 3 announcement was delivered at a Japan Conference (Nippon Kaigi) event. This ultra-conservative lobby group is extremely influential in the Diet and its members have dominated Abe’s cabinets. They want to restore the Emperor’s political power and revise Article 24 of the Constitution, which protects gender equality and other individual rights. These conservatives argue disingenuously that gender equality is undermining traditional values and is thus responsible for Japan’s current social ills. Defining family values and obligations based on their antediluvian preferences would impose conformity at odds with Japan’s growing diversity and prevailing norms and values, while trampling on many citizens’ human rights.

Looking back at the LDP’s 2012 draft constitution, I wonder if Abe will preside over Japan’s rebirth or a reincarnation of pre-1945 Japan? For example, this draft version imposes extensive obligations and duties on citizens; privileges public order over individual rights; seeks to remove the preamble based on the Universal Declaration of Human Rights; mandates respect for the national anthem and flag; allows the prime minister to declare a state of emergency and bypass the Diet; requires family members to help each other; and designates the Emperor as head of state.

This is what Abe means when he pledges to overturn the postwar order. The stakes are high as Japanese consider his backward-looking vision for the future.
at May 17, 2017