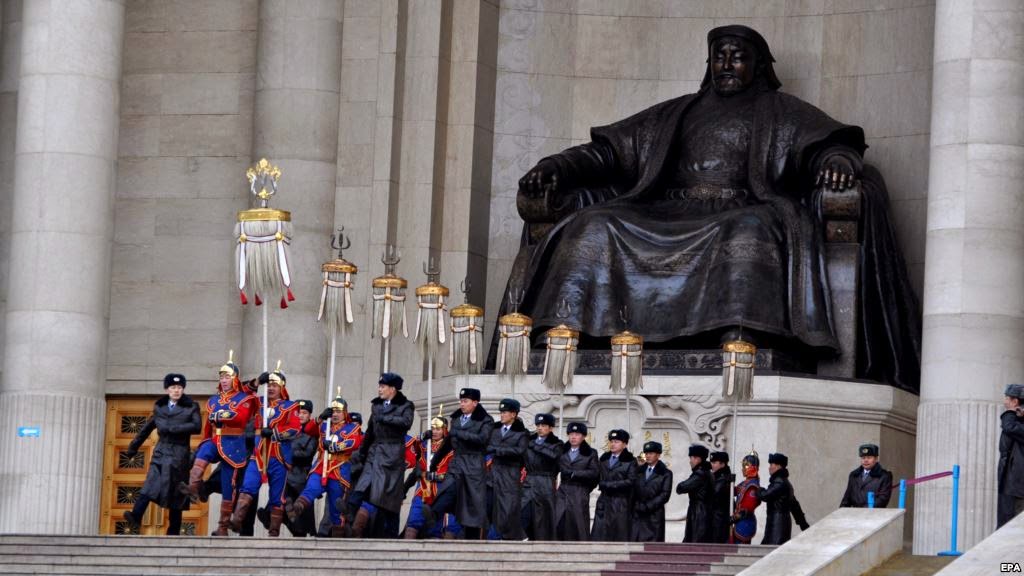 This article on the first international Ulaanbaatar Dialogue was published in The Jamestown Foundation's Eurasia Daily Monitor Volume: 11 Issue: 126 on July 11, 2014.

On June 17, the Mongolian Ministry of Foreign Affairs and Mongolia’s Institute for Strategic Studies (ISS) organized an international seminar entitled “Ulaanbaatar Dialogue on Northeast Asia.” The brainchild of Mongolian President Tsakhia Elbegdorj, this new security dialogue mechanism was announced in 2013 at the VII Ministerial Conference of the Community of Democracies. At that time Elbegdorj proclaimed the conference goal was to assist and facilitate a peaceful solution to the confrontation on the Korean peninsula, therefore “Mongolia is willing to open up new gateways for the issues at a standstill” (infomongolia.mn, April 29, 2013). Speakers included researchers from nine nations (Mongolia, North Korea, South Korea, China, Russia, Japan, US, the Netherlands, Germany and the United Kingdom) and among the more than 100 attendees were diplomats, military specialists and academics. The unusual mix of participants led the Mongols to dub the meeting a “Track 1.5” gathering.

At the outset ISS officials announced that there would be a first-ever trilateral summit in late August between Elbegdorj, Russian President Vladimir Putin and Chinese President Xi Jinping (infomongolia.com, May 26). The Ulaanbaatar Dialogue came on the heels of a secret “Track 1.5” meeting that took place in Ulaanbaatar on May 21 between North Korean Deputy Foreign Minister Ri Yong-ho and three former US officials: Robert Einhorn, former Obama administration Special Advisor for Non-Proliferation and Arms Control at the US Department of State; Joel Witt, former State Department official who is now Director of the SAIS/Johns Hopkins’ US–Korea Institute; and Robert Carlin, a former Central Intelligence Agency analyst (hani.co.kr, May 22; voanews.com, May 28).

At the June 17 conference, keynote speaker Migeddorj Batchimeg, a Mongolian parliamentarian and member of the ISS policy council, emphasized Mongolia’s belief that there is no single formal mechanism for the Six Party Talks—aimed at ending North Korea’s nuclear program—and the Ulaanbaatar Dialogue should been seen as just one venue: “Solutions to big problems do not have to start big.” The other keynote speaker, ISS Director Damba Ganbat, outlined how Mongolia seeks to build a regional security platform. Conference discussion was focused on the present Northeast Asia security situation, the reasons for the absence of a regional security mechanism, the role of economic and environmental factors in promoting regional cooperation and confidence as well as suggestions on how to promote trust and closer regional cooperation.

The major surprise at the conference was that more than half of the time was devoted to historical Asian disputes, including heated exchanges involving Chinese and Japanese speakers, instead of nuclear proliferation and increasing militarization of the Korean peninsula. General Huang Baifu, Vice Chairman of China Institute for International Strategic Studies, harshly criticized the Japanese for WWII atrocities and defended the policies of the Democratic People's Republic of Korea (DPRK). Qu Xing, President of the China Institute for International Studies, claimed that Northeast Asia had the largest amount of conventional and nuclear weapons in the world and the situation was complicated by the presence of US alliances, which made it counterproductive for China to end its protective relationship with North Korea.

One highlight of the discussion was the participation of a North Korean official, Lee Yong Phil, former researcher at the country’s Institute for Peace and Disarmament, who is presently a diplomat assigned to Ulaanbaatar. His presentation attacked the US for ‘hegemonism’ and asserted that tension and instability on the peninsula was rooted in the American attempt to create a NATO-like system in the Asian region through the US—South Korea—Japan alliance. He said that since the US was not an Asian country, it did not have the right to speak on Korean issues, but nevertheless asked for a positive signal from Washington, such as stopping military exercises in the region and normalizing relations with North Korea. Despite his pointed criticisms, Lee Yong Phil supported the Ulaanbaatar Dialogue mechanism and was eager to engage US presenters in private conversations. He also publicly announced that he would convey to his government the idea of working on small, clearly defined economic cooperation projects as a way to ease regional tensions.

On the Americans side, speeches were made by Dr. Alicia Campi, President of The Mongolia Society; Dr. Kent Calder, Director of the Reischauer Center at SAIS/Johns Hopkins; Dr. T.J. Pempel of the University of California Berkeley; and Peter Beck of the Asia Foundation in Seoul. All the Americans except for Beck were upbeat about the possibilities of small inter-regional economic projects as a first step in building infrastructure and confidence between the Northeast Asian states. The Russian delegation consisted of two well-known Mongolian specialists from the Institute of Oriental Studies in the Russian Academy of Sciences in Moscow and two professors from Ulan Ude’s Buriat State University. Delegation head Vladimir Grayvoronskiy suggested the Mongols were moving from bilateral to trilateral strategic partnerships such as Russia–China–Mongolia and maintained that the stagnation in Russian–Mongolian relations had ended with the beginning of a “new wave” of cooperation.

Notable for their reluctance to overtly support the Ulaanbaatar Dialogue was the South Korean delegation. The representatives from the South Korean Institute for National Security Strategy (INSS) were particularly pessimistic about any Mongolian contribution to Northeast Asia’s security and warned that serious territorial disputes in the region are creating the danger of hyper-nationalism. General Ki-Duk Lee, General Director of the INSS Research Planning and Administration, noted the paradox that now there is more instability in the region, even though there is more economic integration. Calling for patience and a step-by-step approach, he suggested working on non-traditional security issues first and then creating a multilateral security consultation body. On the second day of the conference, the international presenters had a photo opportunity with President Elbegdorj and visited a Chinggis Khaan statue and museum complex in the countryside.

While the harsh tone of some of the conference rhetoric discomforted many recipients, the Mongolian side was pleased with the results and even saw the angry exchanges as a positive development. The new Mongolian activism toward the Korean peninsula was generally supported by the international researchers in attendance. Officially, the Mongolian government continued to emphasize that the Ulaanbaatar Dialogue “is not a single action, but a mechanism of trilateral or multilateral dialogue depending on the agenda” (The Mongol Messenger, June 19) and announced that the conference will be organized regularly in the future.
at July 13, 2014