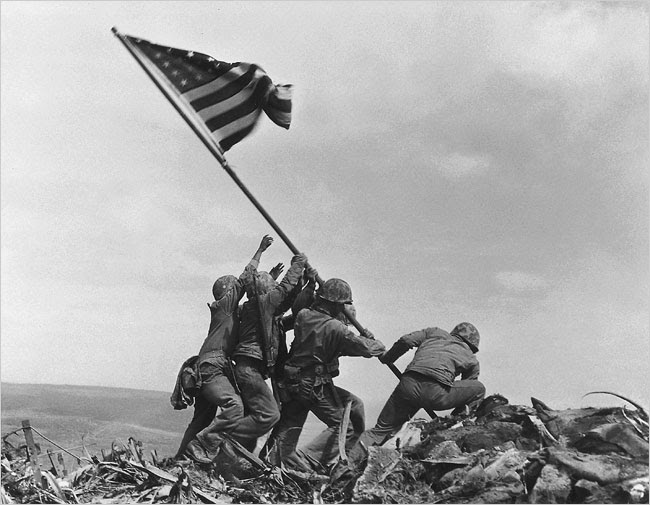 Two venues in Washington this month hold exhibits of war photography that include subjects from conflicts in Asia. Both have opening receptions this holiday weekend. They are the Corcoran Gallery of Art and the Korean Cultural Center Washington DC.


WAR/PHOTOGRAPHY: Images of Armed Conflict and Its Aftermath
The Corcoran Gallery of Art
June 29–September 29, 2013

This landmark exhibition revolutionizes our understanding of this momentous subject, immersing viewers in the experience of soldiers and civilians during wartime. Epic in scope and ambition, and featuring many of the most indelible photographs ever made, WAR/PHOTOGRAPHY takes us from the home front to the battlefield and back again. For a REVIEW.

Perfect for family participation, an interactive booth will allow adults and children of all ages to show support for families who have lost a loved one in war by writing a letter or signing a card as a way of extending sympathy to remaining survivors. Additionally, two children's book readings will take place throughout the day in the Reflection Room, affording kids another way to connect with and manage the themes of the exhibition.

Increase your understanding of the oral history interviewing process through this interactive workshop presented by the Veterans History Project of the American Folklife Center at the Library of Congress, a national initiative mandated by Congress to collect, preserve and make accessible the first-person accounts of America's wartime veterans. To date, over 87,000 veterans have submitted their personal recollections making this the largest such collection in American history. The workshop will be led by retired US Army colonel, Bob Patrick, Director of the Veterans History Project. Instructional materials will be provided for each participant. REGISTER HERE.

In this powerful documentary film, Barbara Kopple, Bob Eisenhardt and Marijana Wotton chronicle the personal and professional lives of five female journalists as they cover war across the globe. Bearing Witness is presented in collaboration with Women Photojournalists of Washington. REGISTER HERE

Featuring evocative portraits of veterans of the Korean War and scenes of the UN Memorial Cemetery in Korea, located in Busan.

Documentary photographer and active ZUMA Press foreign correspondent, Seung Geun Park received his Masters in photography and is currently pursuing a doctorate in Visual Anthropology. Since 2005, he has been in charge of photography for various major Korean media, including KBS, Sisa Journal, Sunday Fishing, and Cine21. He was the official photographer for the Busan International Film Festival and NIKE. Currently, he has published four books and in 2004 received the grand prize in the documentary category of a photo exhibition contest sponsored by Joong-Ang Daily.

"To defend freedom and peace in Korea, many young soldiers from 21 countries gathered under the banner of the United Nations. Now, after 60 years, they are deeply wrinkled, white-haired veterans. But, their eyes, regardless of the times gone by, still shows plenty of animation."
- Seung-Geun Park

This exhibition is held in commemoration of the 60th anniversary of Korean Armistice Agreement, signed on July 27, 1953, which marked the birth of the Korea-US Alliance.
at July 02, 2013