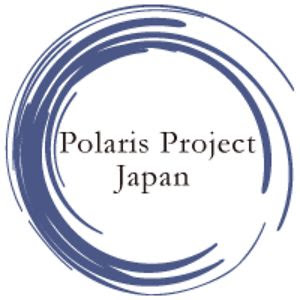 On June 19, the US State Department cited Japan for the 13th year in a row as a Tier 2 Country in its annual Trafficking in Persons (TIP) report [See Japan Section below]. The country is a major destination, source, and transit country for men and women subjected to forced labor and sex trafficking, and for children subjected to sex trafficking. Japan is recognized as having one of the most severe human trafficking problems among the major industrialized democracies.

A Tier 2 country does not fully comply with the US's Trafficking Victims Protection Act minimum standards for the elimination of trafficking adopted in 2000, but is making significant efforts to do so. Japan does not have a comprehensive anti-trafficking law. In 2005, responding to international pressure,  its criminal code was amended to prohibit the buying and selling of persons, and a variety of other criminal code articles and laws, could be used to prosecute trafficking offenses. Enforcement is lax.

In Japan, The Body Shop sponsors with ECPAT Japan a campaign to Stop Sex Trafficking of Children & Young People. For more information about human trafficking in Japan and Asia see the HumanTrafficking.org project by the Academy for Educational Development (AED).

Polaris Japan is a leader in highlighting human trafficking in Japan and providing care for its victims. They will hold their second Introduction to Human Trafficking seminar on July 30, 2013 at 7:30pm in Tokyo. Their last seminar attracted a large turn out.

July 30th happens to be the 6th Anniversary of the passage of the US Congress'  2007 Resolution 121 in support of the Comfort Women's struggle for recognition and justice. During Imperial Japan's 14-year war, the government organized and managed an extensive human trafficking system to provide women to its troops (and others) throughout the then-expanding Empire.

Internationally, the United Nations Global Initiative to Fight Human Trafficking (UN.GIFT) promotes the global fight on human trafficking, on the basis of international agreements reached at the UN. To date, 140 parties have signed the Protocol to Prevent, Suppress and Punish Trafficking in Persons especially Women and Children (neither Japan nor South Korea have acceded to this Protocol), which supplements the Palermo Convention against transnational organized crime.

Japan is a destination, source, and transit country for men and women subjected to forced labor and sex trafficking, and for children subjected to sex trafficking. Male and female migrant workers from China, Indonesia, the Philippines, Vietnam, Poland, and other Asian countries are sometimes subject to conditions of forced labor in Japan. Some women and children from East Asia, Southeast Asia, South America, and, in previous years, Russia and Central America, who travel to Japan for employment or fraudulent marriage are forced into prostitution upon arrival. During the reporting period, Japanese nationals, particularly teenage girls and foreign-born children of Japanese citizens who acquired nationality, were also subjected to sex trafficking. In addition, traffickers continued to use fraudulent marriages between foreign women and Japanese men to facilitate the entry of these women into Japan for forced prostitution. Japanese organized crime syndicates (the Yakuza) are responsible for some trafficking in Japan, both directly and indirectly. In recent years, the emergence of small-scale traffickers, mainly Japanese nationals, has been reported. Traffickers strictly control the movement of victims, using debt bondage, threats of violence or deportation, blackmail, and other coercive psychological methods to control victims. Victims of forced prostitution sometimes face debts upon commencement of their contracts, and most are required to pay employers additional fees for living expenses, medical care, and other necessities, leaving them predisposed to debt bondage. “Fines” for misbehavior are added to victims’ original debt, and the process brothel operators use to calculate these debts was not transparent. The phenomenon of enjo kosai, also known as “compensated dating,” continues to facilitate the prostitution of Japanese children. NGOs report that sophisticated and organized networks target vulnerable Japanese women and girls by creating a false sense of intimacy to introduce them into prostitution. Japan is also a transit country for persons in trafficking situations traveling from East Asia to North America. Japanese men continue to be a significant source of demand for child sex tourism in Southeast Asia and, to a lesser extent, Mongolia.

The Government of Japan has not, through practices or policy, addressed the existence of forced labor within the Industrial Trainee and Technical Internship Program (TTIP), a government-run program that was originally designed to foster basic industrial skills and techniques among foreign workers but has instead become a guest worker program. The majority of technical interns are Chinese nationals, some of whom pay up to the equivalent of approximately $5,000 for their jobs and are employed under extortionate contracts that mandate forfeiture of the equivalent of thousands of dollars if workers try to leave. Although banned since 2010, fees, deposits, and “punishment” contracts continue to be reported, and some companies confiscated trainees’ passports and other travel documents, and controlled the movements of the interns to prevent escape or communication.

The Government of Japan does not fully comply with the minimum standards for the elimination of trafficking; however, it is making significant efforts to do so. Despite limited law enforcement gains during the year, the Japanese government did not develop or enact legislation that would fill key gaps in facilitating anti-trafficking prosecutions, as recommended by this Report for the last four consecutive years. The government also failed to develop trafficking-specific assistance measures, continuing instead to rely on inadequate prefectural-level domestic violence shelters. The TTIP continued to lack effective oversight or means to protect participants from abuse; despite some reforms, observers report recruitment practices and working conditions have not changed for interns. The government did not prosecute or convict forced labor perpetrators despite reports of labor trafficking in the TTIP. The number of identified victims, especially foreign trafficking victims, decreased, and no male victims of either forced labor or forced prostitution were identified.

Recommendations for Japan: Accede to the 2010 UN TIP Protocol; draft and enact a comprehensive anti-trafficking law prohibiting all forms of trafficking; significantly increase efforts to investigate and prosecute forced labor cases, and punish offenders with jail time; increase the enforcement of bans on deposits, punishment agreements, withholding of passports, and other practices that contribute to forced labor in the TTIP, and establish an oversight mechanism to ensure accountability; expand and implement formal victim identification procedures for front line officers to recognize both male and female victims in forced labor or prostitution situations and to ensure that victims are not detained for unlawful acts committed as a direct result of being trafficked; aggressively investigate, prosecute, and punish Japanese nationals who engage in child sex tourism.

The government of Japan demonstrated a limited increase in its law enforcement efforts during the reporting period. Japan’s criminal code, as amended in 2004, only prohibits the “buying and selling of persons,” an overly narrow definition that does not conform to international standards. As a result, prosecutors must bring charges under statutes that do not capture all the elements of the trafficking crime. These laws, such as articles 226 and 227 of the Penal Code and the Prostitution Prevention Law, prescribe punishments ranging from one to 10 years’ imprisonment, which are sufficiently stringent and generally commensurate with penalties prescribed for other serious crimes, such as rape. During this reporting period, the government did not report any prosecutions or convictions under its trafficking statutes. In 2012, the government reported 44 investigations for offenses related to human trafficking. The prosecutions resulted in convictions of 30 people, though these convictions were obtained using non-trafficking statutes, and so it was unclear if any involved proving elements of human trafficking offenses. Of the 30 convicted defendants, only two served prison sentences; six defendants received fines. In January 2013, Tokyo police
investigated three individuals for violations of the Immigration Control Act, in connection with allegations of forced labor in the TTIP; this case remains pending in court at the end of this reporting period. The government investigated 695 individuals for child prostitution during this reporting period and referred 579 cases for prosecution. The police identified 471 victims of child prostitution.

The National Police Agency (NPA), Ministry of Justice, Bureau of Immigration, and the Public Prosecutor’s office continued to conduct anti-trafficking training for senior investigators and police officers from prefectural and municipal police departments, prosecutors judges, and immigration bureau officers on identifying trafficking victims and investigating trafficking cases. The government did not report investigations, prosecutions, convictions, or jail sentences against any official for trafficking-related complicity during the reporting period.

Hampered by its overly narrow definition of human trafficking, the government of Japan sustained previous minimal efforts to protect victims during the reporting period. The government has not identified a forced labor victim in the TTIP, despite substantial evidence of debt bondage, passport confiscation, and confinement in the program. Only 27 adult female sex trafficking victims were identified in 2012, a decrease from 45 in 2011. Out of the 27, 11 were Japanese nationals, and the rest were foreign nationals. The government continued to provide general funding for Japan’s Women’s Consulting Center shelters (WCCs), which provide care for Japanese domestic violence victims but also served 17 foreign trafficking victims during the reporting period. Japanese national victims in WCC shelters are provided full medical expenses and psychological care, while foreign victims receive partial medical coverage. Although the 2009 action plan calls for male victim protection policies, Japan has no dedicated shelters or clear sheltering resources for male victims. No assistance to victims of forced labor or abused interns in TTIP was reported. Some victims were reluctant to seek government assistance due to the perception of a lack of protective services available to identified trafficking victims, though victims were successfully identified by law enforcement subsequent to arrest or detention. The government-funded Legal Support Center provided pro bono legal services to destitute victims of crime for both criminal and civil cases; it was unclear whether any trafficking victims applied for such services. While victims were encouraged to participate in the investigation and prosecution of their traffickers, they were not allowed to work during those processes. Because victims cannot work during that period unless they obtain a different visa status, only 27 victims provided limited assistance to police and most chose to repatriate before their trials began. No trafficking victims received long-term residency visas during the reporting period, although such immigration benefits were legally available to persons identified as trafficking victims who fear returning to their home country.

The government of Japan demonstrated modest efforts to prevent trafficking in persons during the reporting period. The government negotiated memoranda of understanding on trafficking prevention with several Southeast Asian countries during the reporting period, leading to increased cooperation, including cooperation with Thailand that resulted in the arrest of Japanese and Thai trafficking offenders in Japan . The NPA and the Immigration Bureau updated information on multilingual emergency contact mechanisms and distributed the materials with a hotline number to local immigration offices and governments of source countries, conducted an online campaign and publicized trafficking arrests to raise awareness of trafficking. The Ministry of Foreign Affairs added a human trafficking curriculum to existing consular officer training. The government reported increasing outreach to TTIP employers and immigration and labor inspections at TTIP companies and requiring that copies of all contracts be provided to allow for closer scrutiny to ensure they did not include deposits or “punishment” clauses. Observers reported these efforts instead led to the emergence of an additional layer of brokers to circumvent the system. In an effort to reduce demand for commercial sex, the Cabinet Office distributed 33,000 posters and 54,000 leaflets nationwide to display warning messages to potential consumers of sexual services. Japan serves as a source of demand for child sex tourism, with Japanese men traveling and engaging in commercial sexual exploitation of children in other Asian countries—particularly Thailand, Indonesia, Cambodia, the Philippines, and, to a lesser extent, Mongolia; the government did not investigate or prosecute any potential offenders of child sex tourism. Japan is the only G-8 country that is not a party to the 2000 UN TIP Protocol.
at July 14, 2013