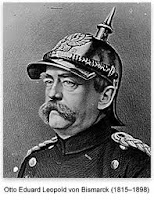 Does Obama have a grand strategy for his second term? If not, he could try one of these, so writes  Anne-Marie Slaughter of Princeton University in the January18, 2013, Washington Post. She previously served as director of policy planning at the State Department from 2009 to 2011 and is now only remembered for recently complaining in The Atlantic on how tough it is to have career and children (read, she was too cheap to get a good full-time Filipino nanny). Slaughter describes (logrolls) three new reports of which she admits

The foreign policy community is small and chummy; the authors and reviewers of these reports all know one other, and many have worked together in and out of government. (John Ikenberry, a co-author of the CFR report, was my partner in leading the Princeton Project on National Security from 2004 to 2007. I also serve on the boards of the Atlantic Council and the New America Foundation and reviewed drafts of both strategies.)

In this 50th anniversary of the publication Betty Friedan's seminal The Feminine Mystique , Slaughter does not ever question the parochialism of the reports nor ask why there are only white men were among the four primary authors, of which one never graduated college (something no woman could ever get away with). This is all the more strange as all the authors envision a future more diverse and connected than the current one.

Offered as a companion to the US National Intelligence Council (NIC)’s Global Trends 2030 quadrennial assessment released today, the Council’s Envisioning 2030: US Strategy for a Post-Western World surveys the emerging economic and geopolitical landscape; it describes the unprecedented policy challenges that landscape presents; and it outlines a US strategy to avoid a zero-sum, conflictual future and move toward a more cooperative and prosperous 2030.

Six elements of strategy for President Obama emerge from this report:
· Frame second-term policies from a more strategic and long-term perspective.
· Continue to emphasize “nation-building at home” as the first foreign policy priority, without neglecting its global context.
· Recognize that the United States must energetically act to shape dynamic, uncertain global trends.
· Deepen current alliances and interact more effectively with a diverse set of actors. Most importantly, it must reinforce its strategic base: the transatlantic relationship.
· Deepen cooperation with China as the most crucial single factor that will shape the international system in 2030.
· Creatively address the locus of instability in the 21st century—the greater Middle East from North Africa to Pakistan.


Although the world is now predominantly democratic—largely due to American leadership and influence over the past half-century—cooperation among democracies is weak and the distribution of power is shifting away from the United States and its democratic allies in Europe.To reestablish its historical role as an indispensable global leader, the United States should initiate a new phase of democratic internationalism based on the "pull of success rather than the push of power" that "deepens democracy globally, prevents democratic backsliding, and strengthens and consolidates bonds among democratic states.


The United States must lead the global transition to sustainability. The United States will have to work with its partners to forge, implement, and verify a durable transition framework among the world's major economies. Throughout the transition, America will have to build and strengthen capable partners to provide basic security assurances. Political boundaries will only change through a transparent process of self-determination; global commons will remain open and secure; and sovereignty will be limited only by the responsibility to protect....

To succeed, America must revive and update the discipline of grand strategy. It must create a civilian Office of National Strategy, within the executive branch, to organize the effort. The country must, from this moment forward, expose the framework of U.S. national strategy to democratic scrutiny and adapt it as conditions evolve. By articulating and monitoring U.S. strategy, citizens and representatives can challenge its elements and refine the metrics, targets, and actions necessary for implementation -- and be less distracted by the loud voices of narrow interests.