Ozawa: Master chef of a party with too many cooks 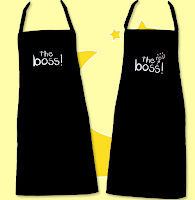 Six months in, and Ozawa seems to be the only chef barking orders in the DPJ kitchen.
Effective power in the Hatoyama administration seems to be subtly shifting in the direction of the Democratic Party of Japan, a domain controlled by DPJ Secretary General Ozawa.
Faced with criticism that his government’s policymaking process has too many cooks, Prime Minister Yukio Hatoyama in early March ordered the creation of a new policymaking mechanism that on the face of it looks like a crisp sharing of government-party responsibilities.
But looks can be deceptive. It turns out to be mainly a DPJ dish that will place policymaking control essentially into the hands of Ozawa. According to the Nikkei on March 9, Hatoyama ordered the establishment of a Council on Government Commitments (Seiken Kouyaku Kaigi), which he will chair. But the business daily sees the Council as mainly a rubber stamp for policy proposals set by the organ under it, the Manifesto Planning Committee (Manifesuto Keikaku Iinkai). This body split into government and party sections is charged with drafting a government new manifesto or set of campaign pledges for the Upper House election in July.
Though the new menu looks good on paper, it may further erode the Prime Minister’s top-down control on policymaking. The DPJ came into power last September promising to reform the policy-formation process by wresting power away from the bureaucracy and placing it in the hands of politicians. Specifically, the party promised to centralized policy under the Cabinet and the party’s leadership in the Diet. It said it would strengthen the Prime Minister’s Official Residence (Kantei) functions by creating a national strategy bureau headed by a cabinet-level official. The bureau has yet to be created by law.
In most key decisions, the Hatoyama administration has disappointed the public by indecisiveness, inadequate policy-making and consensus-building mechanisms, and, in the budget compilation done without bureaucratic oversight, runaway pork-barrel spending.

The structure of policymaking is clearly lacking a master chef. The Government Revitalization Council under the prime minister has taken the place of the party’s Policy Research Council (Seisaku Chosakai). The new process dealt with such policy issues as budget screening to root out waste and inefficiencies and compiling the national budget. But in each case in which the new formulation process was applied, the politicians at the top tended to accept recommendations from the working groups below instead of seriously evaluating and selectively adopting them. There also appeared to be a clear lack of prioritization in the mix.

Hatoyama ordered the establishment of the Council on Government Commitments to shore up the structural weaknesses of his administration, but the council with him at the head exists only to approve proposals coming up from the real center for policy making, the council, the Manifesto Planning Committee under it. This body will be split between party and government members and co-chaired by DPJ Deputy Secretary General Takashima and Minister for National Strategy Sengoku. Feeding ideas and proposals into the party side will be a newly created Diet members’ study group on policy (Seisaku Kenkyuukai), in which ordinary DPJ lawmakers may participate. This group also will present general proposals to a separate policy council representing the various ministries and agencies.
The scheme does not allow ideas to flow in from the bureaucracy. On the government side of the planning committee, proposals will flow in from three study groups – national life, growth and regional strategy, and decentralization and regulatory reform – that have the participation of ordinary DPJ lawmakers. The study groups also will assist in the drafting of the manifesto. The set up does not have provide for input from the party on the foreign and security policy front, so it is unclear whether the manifesto, at least, will address anything but a purely domestic agenda. Since Sengoku is not expected to play a major role, the DPJ deputy secretary general, Ozawa’s subordinate, will be the key person in the planning committee. Once ideas and proposals are fed into the planning committee, it chooses which ones to accept and incorporate into the manifesto. According to Nikkei, the council may be charged with drafting manifesto-related bills for submission to the Diet.

But the process only flows upward, for there is no vetting under this scheme of bills to the DPJ members before they are presented to the Diet. LDP governments used to do so by presenting bills to the Policy Research Council; but the DPJ abolished a similar council. Since the manifesto, despite its role as the official policy platform of the Hatoyama government, is always written by the party, the role of the government side in the planning committee is expected to be nominal, with the real work done on the party side.

Since last September, the only growing center of power in the party has been the office of the secretary general under Ichiro Ozawa, the party’s most experienced politician. To counter Ozawa’s growing influence, some senior DPJ lawmakers have asked that the party’s Policy Research Council be revived to serve as a counter. Those legislators would like to use that body’s consensus-building function to restore the power balance in the party. Meanwhile, Ozawa has used his office to unify policymaking under his control, extending even to local chapters. Moreover, he commands the respect and loyalty of some 140 lawmakers elected last summer whom he had handpicked as candidates – the so-called “Ozawa’s children.” Most if not all of them are centered in the party’s Diet Affairs Committee.
With the objective being to prepare for the July election, what seems to have been strengthened by Hatoyama’s new policy-making process to draft a new manifesto is the office of the DPJ secretary general, Ichiro Ozawa, the chief strategist and planner for the election. It is unclear how much substantive policy input will come from him directly, but with his deputy co-chairing the planning committee that is tilted already toward the party, Ozawa is certainly in a position to wield significant influence regarding the manifesto’s ultimate contents.

Ozawa seems unstoppable. Despite the public and the media’s critical view of his unwillingness to explain his role in the money scandals that have put three of his former aides in jail, there are no signs that he will step down before the summer election. He has even ignored a call for his resignation from the DPJ’s Gifu Prefecture chapter. Polls show at least 70% of the public want him to resign.

As Ozawa himself has stated, he would only resign if it were found he had done something wrong. The prosecutors by not indicting him, citing insufficient evidence, gave Ozawa the out he wanted. He continues to insist that he is totally innocent.

Moreover, since Hatoyama also has his money scandal, Ozawa could argue that his resignation would not help the prime minister in the polls. Ozawa apparently believes that by election time, the public will have forgotten the sleaze and will rediscover their taste for the cabinet and the DPJ. He continues to reiterate that the party will win the coveted sole majority in the Upper House race.

Ozawa’s major undoing may be the press adding spice to the stew. Just about every magazine has relentlessly run articles exposing or denouncing his past and present political misdeeds. Takashi Tachibana, the famous prize-winning journalist whose investigative journalism brought down Ozawa’s mentor, Kakue Tanaka, for his role in the Lockheed Scandal in the mid-1970s, has taken off against Ozawa recently. In an article for Shukan Gendai (January 9), Tachibana examines the power structure in the new government and concludes that Ozawa has become the real power in the party and government, seeing Hatoyama almost as a figurehead.
Given a daily diet of such fare, will the voters send the DPJ dinner back to the chef, and look for a more palatable party?
Dr William Brooks,
APP Senior Fellow
at March 24, 2010