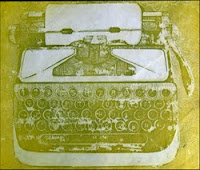 Political Change in Japan Affects US-Japan Security Relations, Regional Diplomacy, Interview with Professor Mike Mochizuki, George Washington University, by Barbara Wanner, US Asia Pacific Council, Washington Report, Vol 2, March 2010.
"I was taken aback when former Deputy Secretary of State Richard Armitage said earlier this year that we were all caught by surprise by the DPJ’s unwillingness to readily implement the force realignment package.1 He may have been caught by surprise, but I think many of us who follow Japanese politics pointed out that the DPJ’s victory amounted to a structural change in governance."

Asian Regionalism and US Policy: The Case for Creative Adaptation by Donald K. Emmerson, Stanford University, RSIS Working Paper, No. 193, March 19, 2010, 36pgs.
The United States belongs to various organizations and networks that encompass countries on both sides of the Pacific Ocean. The East Asia Summit (EAS) is not among them. Should the US try to join? This paper answers that question with a qualified yes: Despite formidable difficulties affecting President Obama’s schedule of foreign travel, his administration should try to “ease” the US into the Summit, initially as a guest of the host country. Eventually, pending a review of the EAS’s prior performance and future prospects, the administration may wish to upgrade that status to membership.

The 2010 QDR and Asia: Messages for the Region by Michael A. McDevitt, CNA, Asia Pacific Bulletin, East West Center, No. 53, March 11, 2010, 2 pgs.
“In sum, the QDR message for Asia should be considered a good one for nations worried that the United States is intent on retreating from the region. The message is clear; the US still embraces its stabilizing role and is intent on ensuring it fields the military capability to do so for the foreseeable future.”

Politics of Well-Known Japanese “Secrets” Risk American Nuclear Umbrella by Bruce Klingner, Heritage Foundation, March 24, 2010.
"By exposing the contradictory and hypocritical nature of Japan’s nuclear posture, the task force report may raise questions over the nature of Washington’s extended deterrence guarantee (“nuclear umbrella”) for the defense of Japan and South Korea. For decades Tokyo has embraced three non-nuclear principles that prohibit the manufacture, possession, or introduction of nuclear weapons into Japan. Tokyo has also depicted itself as a uniquely qualified advocate for a nuclear-free world, since it is the only nation to have suffered the effects of atomic weapons."