What to be afraid of 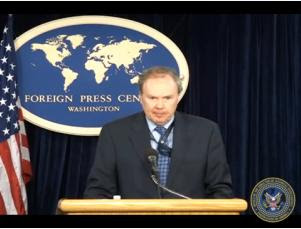 Dr. Mathew J. Burrows, National Intelligence Council (NIC) Counselor and Director of the Analysis and Production Staff, spoke at the Washington Foreign Press Center on March 24, 2010, about the 2010 Annual Threat Assessment (ATA). Click here to read a copy of his remarks.
He identified cybersecurity as the top threat to the US: "In the dynamic of cyberspace, the technology balance favors malicious actors, and is likely to continue to do so for the foreseeable future. The growing role of international companies in supplying software and hardware for sensitive U.S. Government and private networks increases the potential for subversion. The recent intrusions reported by Google are another wake-up call to those who have not taken this problem seriously."
China's efforts to protect its growing economy and power were mentioned next as a potentially destabilizing world influence. Other major concerns to the NIC were violent extremism, Afghanistan, Pakistan, Iran, WMD proliferation, and Mexican drug cartels.
at March 25, 2010