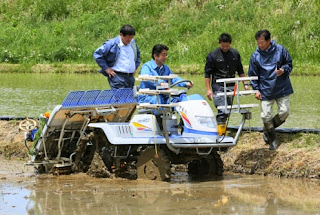 Abe Departs from His Own Winning Formula in Battling COVID-19

Prime Minister Abe Shinzo’s leadership longevity goes beyond the eponymous “Abenomics” economic program and his self-confident regional diplomacy. Built on a judiciously cultivated appearance of administrative competence and political stability, a key selling point has been an aptitude for crisis management.

In this regard, Abe’s already record-breaking seven-year premiership starkly contrasts with the Democratic Party of Japan’s (DPJ) three-year stint in power (2009-2012). The latter period was characterized by haphazard, personalized responses to national crises, intra-party bickering, circumvention of the bureaucracy, and a revolving door approach to top ministerial positions—including the premiership. After reclaiming the Liberal Democratic Party (LDP) presidency and “taking back Japan” by winning the 2012 elections for the LDP, Abe has not shied away from reminding voters of the dangers of a return to DPJ-style governance.

Prime Minister Abe has sharpened this contrast by limiting turnover in high-level cabinet positions, top bureaucratic posts, and in his circle of personal advisers. His finance minister and deputy prime minister (Aso Taro), chief cabinet secretary (Suga Yoshihide), administrative deputy chief cabinet secretary (Sugita Kazuhiro), and key foreign policy adviser and first ever head of the National Security Council/National Security Secretariat (Yachi Shotaro), were with Abe on day one of his administration. Until September last year, he had had only two foreign ministers, one (Kono Taro) subsequently becoming his defence minister. Hasegawa Eiichi, Izumi Hiroto, and Imai Takuya have also been with Abe as special advisors from the start. This has resulted in the formation of an informal “leading small group” that has enhanced policy planning, crisis management, and public communications in various policy domains.

Abe has also employed institutional enhancements. Influenced by both American and British models, the creation of a Japanese National Security Council (NSC) and a supporting National Security Secretariat (NSS) in the Cabinet Secretariat has helped improve information sharing and analysis within the bureaucracy and clarified working relationships between administrative officials and political leaders. Abe has also asserted greater control over the bureaucracy by introducing a new cabinet-centred process for making top level personnel appointments. Traditionally, Japanese prime ministers have struggled to assert themselves over the bureaucracy, especially at times of national crisis, or felt insufficiently supported by their officials. These institutional enhancements have contributed to centralising political power and decision making around the prime minister and his office (Kantei) and the Cabinet and its secretariat.

These informal and institutional mechanisms for crisis management have not, however, helped Prime Minister Abe in his response to the Coronavirus (COVID-19) crisis. The National Security Secretariat has been a non-entity as disease control sits outside its focus on national security, economic strategy, and geopolitics. Abe has also not been able to count on the steadying hand of his former national security adviser, Yachi Shotaro, due to his recent retirement. Japan also lacks a similar “control tower” mechanism that would perform a role like the United States’ Centers for Disease Control and Prevention (CDC) ideally would, by collecting and analysing information, providing expert advice to officials and local authorities on travel restrictions, quarantines, and isolation, and taking a leading role in public communications during crises.

The Abe administration did not set up a COVID-19 task force in the Cabinet Secretariat until two weeks after the first domestic case was reported (January 16), when the government finally decided to restrict the entry of recent travellers to Hubei Province. It took over a month for an expert advisory group to be set up, with a “Basic Plan” for limiting COVID-19’s spread only communicated to the public on February 25. All the while, the Diamond Princess saga was festering in the background, bringing with it increasing domestic and international concern over the administration’s handling of the quarantine.

Abe appears to have overcorrected, in the process revealing dysfunction in the leading small group that has hitherto served Abe well. Not more than a few days after the announcement of the COVID-19 Basic Plan, Abe made an unprecedented and abrupt announcement requesting Japanese elementary, junior and senior high schools nationwide to close for up to five weeks. It was subsequently revealed that Abe made this decision without consulting Chief Cabinet Secretary Suga or Deputy Chief Cabinet Secretary Sugita and went against the advice of Education Minister Haguida Koichi, arguably his closest political ally. Even before COVID-19, press reports pointed to a strained working relationship between Abe and Suga which had divided the Cabinet and the Kantei. While officials in Tokyo’s Kasumigaseki have generally submitted to the centralization of political power and administration around the Kantei and Cabinet over the last seven years, Abe’s actions have also ignited built-up resentments within the bureaucracy. Word got out in the media about the lack of consultation and internal fissures, and Abe was forced to admit in parliament that he had made this decision on his own and that it was not directly based on advice from his expert advisory group. Abe framed it as a personal, “political” decision for which he would take full responsibility, but it appeared reminiscent of one of Abe’s favourite talking points—the DPJ era’s ad hoc crisis management.

Furthermore, the feasibility of Japan’s public institutions, companies, and parents adapting in such a short period of time has for many betrayed a lack of awareness of the ultimate impact of Abe’s decision. This compounds a perception problem that has consistently dogged Abe, namely that he is out of touch with the day-to-day problems faced by the general public. His policy focus has not always accorded with public priorities, and in some cases has been unpopular. Examples include Abe’s obsession with constitutional change, conservative educational reforms, corporate tax reductions, and the legalization of casinos in Japan. Furthermore, the various scandals involving potential influence peddling have reinforced a sense that Abe is uninterested in public transparency. Some have also started to wonder if the Abe cabinet’s COVID-19 response is symptomatic of a fatigued and complacent administration.

Of course, being perceived as out of touch has not always been a major problem for Abe precisely due to the ability to communicate competence and steadiness in domestic administrative and diplomatic matters alongside robust economic performance. However, last October’s consumption tax rise put the economy on the back foot and infrastructure investment is also slowing ahead of the Olympics. A dramatic reduction in tourists due to COVID-19, particularly from China, will likely accompany decreased foreign demand for Japanese products and components as the Chinese economy grinds to a standstill and regional supply chains are affected. Together with the ubiquitous calls for jishuku (self-restraint) and a likely slump in economic activity in Japan itself, Japan’s economy is expected to enter a recession. In foreign affairs, the ability for Abe to showcase a reaffirmed Japan-China relationship ahead of the Olympics and as part of his political legacy has fallen victim to COVID-19 with Xi Jinping’s visit, the first by a Chinese leader to Japan in over a decade, being delayed. Abe can only hope that President Trump does not ratchet up the diplomatic pressure on Japan as American election season progresses.

Abe has built enough political capital to last out through the Olympics—assuming they go ahead, and the COVID-19 situation does not dramatically worsen. It is still very possible Abe will lead the LDP to another victory in elections likely to take place in late 2020 or early 2021. Whether the progress of COVID-19 is slowed over the next month may well, however, dictate how much influence Abe will have to anoint his successor and influence post-Abe policy. Over the next month the Japanese public will be considering whether the hit to the economy and major disruption of people’s livelihood due to the government’s management of COVID-19 has been worth it.

Dr Corey Wallace was formerly the Einstein postdoctoral fellow at the Graduate School of East Asian Studies at Freie Universität Berlin (2015-2019). From April 2020 he will be Assistant Professor in the Faculty of Foreign Languages at Kanagawa University, Yokohama, Japan. He holds a master’s degree (University of Canterbury) as well as a PhD from the University of Auckland.
at March 05, 2020