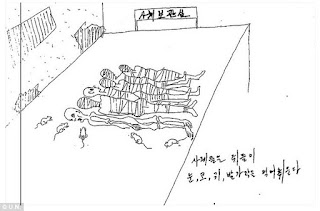 By Rabbi Abraham Cooper, associate dean and director of the Global Social Action Agenda of the Simon Wiesenthal Center and Greg Scarlatoiu executive director of the Committee for Human Rights in North Korea (HRNK) and APP member.

For almost three decades, U.S. administrations have tiptoed around the egregious human rights violations perpetrated by the Kim regimes in North Korea. But U.S. Secretary of State Michael Pompeo already has changed the equation, by succeeding in securing the release of American detainees Kim Dong-chul, Kim (Tony) Sang-duk, and Kim Hak-song. A reminder to us and the world that the United States still has the clout to move the needle on human rights.

On the eve of the Singapore summit on denuclearization, we urge President Donald Trump to put the release of Japanese, other foreign and South Korean abductees, the reunion of separated Korean families, and the complete, verifiable, irreversible dismantlement of the North Korean political prison camps, as the bill the Democratic People’s Republic of Korea must foot to become a normal and responsible member of the international community.

Three generations of the Kim family regime have continued to develop nuclear weapons and ballistic missiles at the expense of the human security of North Koreans, and to egregiously violate the human rights of its citizens. In order to tackle North Korean threats, the Trump administration has applied three of the four fundamental elements of national power (diplomatic, information, military, economic power — DIME): economic power through the strengthening of the international sanctions regime; military power through the deployment of assets to the region and the reaffirming of U.S. commitment to our Korean and Japanese allies; and diplomatic power, employing for the first time summit diplomacy, made possible by the maximum economic and military pressure and the resuscitation of inter-Korean dialogue, starting with the 2018 Winter Olympic Games in PyeongChang, South Korea.

Kim Jong-un wants security guarantees, but history has taught time and again that liberal democracies shouldn’t try to guarantee the survival of a regime that runs political prison camps and commits crimes against humanity. South Korean President Moon Jae-in and his key advisers represent a generation of progressive intellectuals who helped democratize their nation. Their lasting legacy however, will be ultimately defined by their stance on North Korean human rights. Will they appease tyranny and lead the Republic of Korea (South Korea) down the path of catastrophic compromise? Or will they become the heroes who brought freedom and human rights to both Koreas, thus decisively opening the path of unification under a truly democratic and prosperous Republic of Korea?

Time will tell. But early signs are not encouraging. The recent ban on leaflet balloon launches and loudspeaker broadcasting into North Korea is one reason for concern. North Korean escapees in South Korea give voice to silenced millions. At this critical crossroads in history, the South Korean administration must protect these heroes and ensure their voices are heard, not muffled.

All this puts the spotlight on the United States’ summit diplomacy. Will it be a historic achievement for President Trump or just another déjà vu North Korean scam?

Under any conceivable outcome, in order to achieve ultimate peace and stability on the Korean peninsula and in Northeast Asia — a fundamental U.S. security interest — the nature of the Kim regime and its horrific human rights abuses must remain in focus.

Human rights cannot be treated as a sidebar issue, possibly sacrificed for a wink and a nod and photo-op with Kim. Human rights must not be abandoned to appease the Kim regime.

Human rights cannot be postponed until an ever-elusive future scenario in which the Kim regime miraculously agrees to protect the rights of its citizens. Despots do not give away human rights out of the goodness of their hearts. Human rights always are achieved and protected through struggle.

Can the U.S. remove a nuclear threat and guarantee human rights and dignity simultaneously?

President Trump, please take note: America already did it and with a much more dangerous foe. During the Cold War, President Ronald Reagan and then-Secretary of State George Shultz used the issue of freedom for Soviet Jewry as the litmus test for Soviet intentions on nuclear disarmament. Eventually, human rights prevailed and the communist system dissolved without a shot being fired.

The U.S. should counter Kim’s cycle of “charm offensives” not through appeasement but through verifiable changes in North Korea. It is important to witness the blowing up of one nuclear test site. Of equal importance will be the dismantling of Kim’s gulag. When that occurs — and only then — can the world be assured that the two estranged Koreas are on the path to a peaceful reunification and a hopeful future for all.
at June 12, 2018