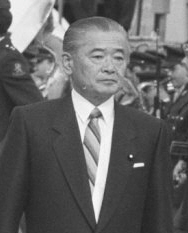 BY MARK SCHREIBER, a Tokyo-based writer

In May, U.S. President Barack Obama became the first sitting U.S. president to make a historic visit to Hiroshima, the city that became the birthplace of the age of nuclear warfare. It should come as no surprise that Japan’s prime minister, Shinzo Abe, is scheduled to make a reciprocal gesture of reconciliation this week, possibly making him the first sitting Japanese prime minister to visit the USS Arizona Memorial.

So far, however, news coverage in Japan has been disappointingly spotty, partly because the story has been eclipsed by the usual year-end roundups, interspersed with breaking news stories: the Osprey crash in Okinawa and resulting blowback; the terrorist incident in Berlin; heavy pollution in Beijing; and President-elect Donald Trump’s latest tweet.

In December, the January 2017 issue of prestigious monthly magazine Bungei Shunju was released with a 13-page essay by history critic Masayasu Hosaka titled “Pearl Harbor: The true nature of the blunder.” Though written long before the announcement of Abe’s upcoming visit, it nonetheless provides some scholarly insights into how Japanese reacted to news of the attack 75 years ago.

At 7 a.m., on Monday, Dec. 8, 1941, a young NHK announcer named Morio Tateno told radio listeners, “The Naval department of Imperial headquarters announced that at 6 a.m. today the Imperial Navy, during predawn hours, initiated hostilities with the British and American navies in the Western Pacific.”

On the night of Dec. 8, Prime Minister Hideki Tojo invited the heads of the army and navy to celebrate with a Chinese-style repast at the prime minister’s residence, during which he effused over the “better than anticipated results” of the attack and expressed anticipation of President Franklin Roosevelt’s imminent downfall. Extra editions of newspapers were passed out to pedestrians on the streets and stirring martial tunes such as “Warship March” emanated from loudspeakers. Company workers at their morning assemblies were exhorted to exclaim “banzai” cheers. Stock prices on the Tokyo exchange shot up by 10 percent.

As Hosaka observes in Bungei Shunju, “The exhilaration over the successful attack on Pearl Harbor was the beginning of what was to become a stream of glorified lies on the progression of the war.”

But, unlike Adolf Hitler and Benito Mussolini, who went to war with the specific goal of recovering their former empires’ lost territories, Japan had no clearly defined purpose for initiating hostilities.

“Having gone to war with vague goals,” he wrote, “Japan had no means of determining how to bring the war to an end. Even after Tojo’s Cabinet fell, it could not speedily halt the war.”

This year, several magazines chose to run articles about Pearl Harbor with strongly revisionist slants. The January issue of conservative monthly Rekishi-tu featured two, one that accused the wily President Roosevelt of “maneuvering” Japan into attacking the U.S., and another maintaining U.S. intelligence had broken the Japanese naval code before Pearl Harbor and, therefore, had advance knowledge of the attack. The January issue of Shincho 45 magazine ran an article that claimed British leader Winston Churchill knew of the Japanese plans but chose not to inform the Americans. Move on folks, nothing new here.

Nonetheless, in a poll of 959 people conducted earlier this month by NHK, 34 percent of respondents said they “strongly approve” of Abe’s visit, with another 48 percent giving their qualified approval. Only 3 percent voiced completely negative opinions.

On the other hand, Sunday Mainichi (Dec. 25) opined, perhaps Abe’s not the right person to go there. After all, over the past several years it has been the Emperor and Empress who traveled to Saipan, Palau and the Philippines to console the war dead. A visitor from the Imperial Family would carry more weight than a prime minister and, Abe’s good intentions notwithstanding, it’s unlikely his visit will erase the lingering U.S. sentiment that the attack on Pearl Harbor was a “cowardly act.”

Contradicting most news reports, meanwhile, it appears that Abe might not necessarily be the first sitting Japanese prime minister to visit the USS Arizona Memorial after all. Shukan Post (Jan. 1-6) claims the former Prime Minister Noboru Takeshita also went there in June 1988, during his tenure as Japan’s leader.

Takeshita, while traveling aboard a government-chartered Japan Airlines DC-10, stopped in Hawaii on the return leg of a summit meeting in Toronto. The magazine’s check of airport flight records notes that Takeshita’s aircraft first flew from Toronto via Chicago to the island of Maui on June 24, for a two-night stay. At 8 a.m. on June 26, he flew to Oahu, and returned to Tokyo’s Haneda at 6:23 p.m.

Allowing for a flight of 30 minutes from Maui to Oahu, and the seven to eight hours flying time between Honolulu and Haneda, Takeshita would have had a stopover of from one to two hours in Oahu. No records exist, however, of his having gone to Pearl Harbor.

“While no record of such a visit exists, there have been cases where visitors do not go through military channels,” Daniel Martinez, chief historian at the USS Arizona Memorial, explained to Shukan Post.

A member of Takeshita’s entourage says that the prime minister slipped away to Pearl Harbor while the others in his entourage went golfing, so only a few Diet members could have accompanied him. Efforts to identify other eyewitnesses were inconclusive, but the story’s source emphasized, “I’ve only been to the Arizona memorial once, so my recollection couldn’t possibly be wrong.”

The Dec. 24 Tokyo Shimbun can claim bragging rights for nick-of-time historical research. It has discovered that two other prime ministers, Ichiro Hatoyama and Nobusuke Kishi, also visited Pearl Harbor during their tenures, in 1956 and 1957 respectively. The Hawaii Hochi newspaper covered the events.
at December 26, 2016