On December 28, 2015, the Foreign Ministers of Japan and South Korea issued a joint statement on the issue of ‘comfort women’. In the December statement, Japan acknowledges that the Comfort Women existed because of “an involvement of the Japanese military authorities at that time” and passed on Prime Minister Shnizo Abe’s “sincere apologies and remorse to all the women who underwent immeasurable and painful experiences and suffered incurable physical and psychological wounds as comfort women.”

The statement committed the Japanese government to contributing to a fund to assist surviving South Korean former ‘comfort women’. South Korea, in turn, pledged to refrain from discussing the Comfort Women issue in public and, possibly, to remove from the entrance of the Japanese embassy in Seoul a statue symbolizing the Comfort Women. The agreement is to ensure that “this issue is resolved finally and irreversibly.”

The statement ,which reflects no written agreement, is controversial. It will not be approved by the Japanese Cabinet, thus it exists in the same legal limbo as the Kono Statement, a 1993 apology to the Comfort Women. It is unclear when the funds will be delivered to South Korea, whether the survivors will accept it, and whether there will remain any survivors. In addition, the agreement is not applicable to all the other survivors throughout Asia (at least 27 nationalities) who were forced into becoming sex slaves.

Also concerning is the Japanese Government’s statement on February 16 to the meeting of the UN Committee on the Elimination of Discrimination Against Women (CEDAW) that no documentation exists describing the forcible taking of women, that the women were not sex slaves, and that the Japanese military was not responsible for recruitment. The Japanese government response is significant as it is likely the first time that such a senior Japanese government official has addressed CEDAW.

In addition, eight ad hoc Japanese Comfort Women denier groups submitted their opinions for the record to the CEDAW meeting. These are less cautious, often racist repeats the government position. Four groups also spelled out what the Japanese government meant when it said it found no documents regarding the Comfort Women in the U.S. National Archives. This is a reference to an inaccurate interpretation of the work of the Congressionally-mandated Nazi War Crimes and Japanese Imperial Government Records Interagency Working Group at the National Archives.

A number of prominent scholars who research the history, sociology, and politics of the Imperial Japan’s sex slave system will be in Washington, DC the week of February 29th to participate in a series of seminars and programs. In addition to private briefings on Capitol Hill and a private screening of the Song of the Reed, a documentary on Taiwanese Comfort Women hosted by the Taipei Economic and Cultural Representative Organization (TECRO), they will speak at Johns Hopkins University, SAIS and George Washington University on March 1 and 3. The schedule is as follows:

WEBCAST through this link 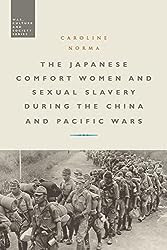 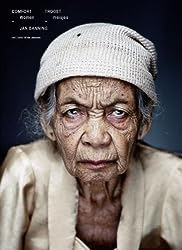 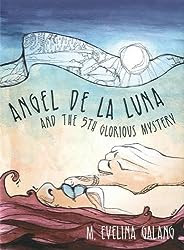 Researching and documenting
the Comfort Women History
What documents exist and where;
how one analyzes them; working with oral history
Thursday, March 3, 2016
12:45-2:00pm
Sigur Center, George Washington University