Alarm over deadening of Japan's press 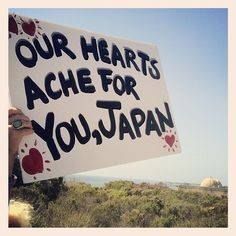 Hiroko Kuniya, the widely respected anchor for NHK’s stellar “Close-up Gendai” news analysis program, has been ousted from her position after 23 years with the show. She now joins a growing list of prominent news presenters and commentators who have discovered the apparent perils of not kowtowing to the government. She will remain on air in her 7:30 p.m. slot until April, so enjoy this journalistic giant among pygmies while you can.

Kuniya declined to comment on her impending departure, but told me by email about her approach to journalism.

“I have consciously been trying to follow in the footsteps of Ted Koppel,” she said. “When I was studying in the U.S., (the news program) ‘Nightline’ started and I remember being glued to his fair and in-depth interviews. He has definitely taught me what journalism should be.”

Former New York Times bureau chief Martin Fackler, who is currently journalist in residence at the Rebuild Japan Initiative Foundation, says Kuniya’s work at the show stood apart from that of her peers.

“‘Close-up Gendai’ was refreshing because it was one of the few efforts by NHK or any major media to do anything remotely approaching investigative, public-interest journalism, and in a prominent time slot,” he says. “Just by going outside the press clubs to even talk about social problems — and then having the temerity to ask the obvious questions — ‘Close-Up Gendai’ was a challenge to the well-managed official version of reality that appears, say, on NHK’s own regular newscasts. I think this is why the show, and Kuniya, had remained popular for so long.”

Baseball and yakuza expert Robert Whiting, who appeared on the program, believes Kuniya is “class personified.”

“Her legacy is her intelligence and professionalism in her reporting,” he says. “(She is) a rarity in Japanese television: a female anchor, Ivy League education and as fluent in English as she was in Japanese.”

Whiting also notes that she is always well-prepared for interviews. He was surprised at how much she knew about baseball, which came through particularly in a series of questions about the “wear and tear on pitchers’ arms and how much the Japanese system contributed to that.”

Sophia University’s Koichi Nakano praises the scope of Kuniya’s interviews, ranging from nuclear refugees to labor deregulation and the lack of female representation in politics. He admires her as “a rare TV journalist who presented solid, probing stories, all the while avoiding making herself the story.”

Michael Cucek, an adjunct professor at Waseda University, feels “Close-up Gendai” is of uneven quality, but admires the way it has been able to frame and analyze complicated policy issues such as rural redevelopment, depopulation, immigration and child care.

“Being dull has played a part in the program’s longevity — its producers poking and prodding but never wounding politicians, bureaucrats and other vital actors —and in the TV game, longevity is the standard of success,” he says.

Paraphrasing a Japanese proverb, Cucek concludes that “Kuniya’s legacy is of keeping one’s capacities hidden in order to prevail in the spotlight.”

Intelligent, critical journalism is under siege in Abe’s Japan, as the nation has plummeted in press freedom rankings, from 11th place in 2010 to 61st in 2015 according to Reporters Without Borders, which cites the state secrecy law and political intervention in news coverage as reasons for the drop. One notorious example of such intervention was the prime minister’s appointment of Katsuto Momii, a political crony with no media experience, as NHK president. Momii has been disastrous for the broadcaster’s reputation right from his first press conference, downplaying the “comfort women” issue regarding wartime sexual slavery and proclaiming Pyongyang-esque rules: “When the government says right we can’t say left.”

Andrew Horvat, a professor at Josai International University and former president of the Foreign Correspondents’ Club of Japan believes Momii “sees his role not as the head of a ‘public broadcaster’ whose mandate is to guarantee that pluralism is maintained in news reporting, but as a de facto government appointee, directing a ‘state broadcasting’ organization that acts as a disseminator of policies already decided by those in power.”

Insiders at NHK also complain that the atmosphere has become much more politicized under Momii, and what little critical coverage of the government that once aired has all but disappeared.

“It is not a coincidence that controversial news reporters are being removed from not just NHK but any program that politicians complain about,” Horvat says, referring to Shigeaki Koga and Ichiro Furutachi from TV Asahi’s “Hodo Station,” and TBS “News 23″ commentator Shigetada Kishii, who dared to criticize the government on its handling of new security legislation. Kensuke Okoshi, the anchor of NHK’s “News Watch 9,” and TBS veteran Monta Mino have also been purged.

“Major media companies appear in full retreat under political and social pressure in the Abe era,” Fackler says. “Kuniya is just the latest high-profile journalist to be muzzled by media companies that appear to have grown incredibly risk-adverse, seeking to play it safe by just repeating what they are told in the press clubs, and shunning any topic or story that might draw criticism.

“The result has been the almost complete disappearance of the sort of independent, public-interest journalism that ‘Close-up Gendai’ could, in its best moments, offer.”

It appears the decision to oust Kuniya came because of a July 2014 interview with Chief Cabinet Secretary Yoshihide Suga, in which she crossed the invisible line accepted by Japan’s craven media by asking an unscripted follow-up question that rattled the politician. He had prepared answers and was thus flustered when she gently reiterated the question he had artfully danced around (twice) regarding Abe’s unpopular reinterpretation of Article 9 of the Constitution. It was all polite and low-key, nothing like, for example, BBC’s interview program “Hard Talk,” in which the hosts often go for the jugular.

It was later reported that Suga was infuriated by being put on the spot. From that time on, Kuniya was a marked journalist and her political enemies bided their time, waiting for an opportune moment to strike. When her program aired a staged interview last spring that misrepresented the background of a source, they pounced.

“If all programs in Japan that resorted to an occasional staged interview were shut down, there would be nothing but blank TV screens throughout the country,” says Horvat, who adds that the real reason Kuniya has to go is because “political leaders did not like her incisive reporting.”

“She is an intelligent news reporter and the people in power in Japan today would prefer to have Japan’s TV screens populated by colorful clowns and polite news readers,” he adds.

Hideko Yoshimoto, an associate professor at Yamaguchi Prefectural University, agrees that the non-renewal of Kuniya’s contract was retribution. She also notes there is prejudice against older women on television and a preference for young, cute women regardless of their talent. In her view, Kuniya’s departure means the “death of once-decent NHK journalism.”

Sophia’s Nakano is concerned that the media is severely handicapped in holding the government accountable because journalists now understand the cost of crossing Abe.

“First Koga, then Furutachi, Kishii and now Kuniya — it does look like the Abe government has no more serious critical reporting of news that it needs to be concerned about from April,” Nakano says.

The media lapdog has been well and truly muzzled, and just in time for Diet elections.
at February 01, 2016