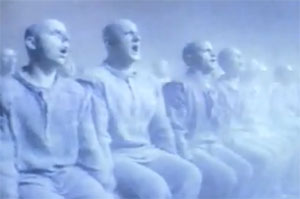 On June 8th, Japan’s Ministry of Education, Culture, Sports, Science and Technology (MEXT) sent a notice to all 86 public universities in Japan (23pages), ordering departments focused on the humanities and social sciences to be re-purposed or abolished. The universities must review their “departments of teacher training and human & social science” to see if they meet "societal needs." The objective is to ensure that Japan's students are prepared for the modern, hi-tech work force and corporation.

These orders, are the result of a June 14, 2013 decision by the Abe cabinet to focus universities’ curricula on science, math, and other skills deemed to be in demand, in Japan and around the world. They also address declining enrollments in Japan’s universities as the result of the country's low birth rate. The hope is that this emphasis on STEM will create efficient and productive workers.

Many Japanese organizations have voiced their alarm at this notice. The Science Council of Japan (SCJ), a policy and outreach organization for the sciences, issued a statement, defending the targeted academic departments, which include foreign languages, law, and economics. The SCJ stated that such studies are necessary to prepare students for their careers, especially in an increasingly globalized world. The SCJ expressed its disapproval of the “short-sighted” MEXT notice and the “quick-fix answers” it demanded to complicated societal challenges that the natural sciences face as well as the social sciences.

Japan’s Keidanren, a large and powerful association of major businesses, similarly affirmed the importance of a broad, interdisciplinary education, as reported in the Asahi Shimbun. Keidanren said that, while some believe that studying hard science and receiving technical training is the best way to find work, in reality businesses need employees trained in the humanities and social sciences. It also defended the right of university leaders to set the directions of their respective institutions, without government interference.

Takamitsu Sawa, the president of Shiga University, received MEXT’s notice and responded with an opinion piece in The Japan Times. His unusually combative article likens the new directive to Japan’s policy during World War II of drafting only students of the humanities and social sciences, exempting those studying natural sciences and engineering. Sawa calls the policy "anti-intellectual" and imagines most, if not all of Japan’s public universities will become trade and vocational schools if they follow the MEXT mandate. This, he observes, was a similar objective of the 1960 Nobusuke Kishi Cabinet.

A survey by Japan's national TV network, NHK, indicated that about 80 percent of public universities intend to follow MEXT’s instructions. A similar survey by the conservative Yomiuri Shimbun found that 26 of the 60 public universities offering humanities programs will scale back or close these departments. The universities of Tokyo and Kyoto, Japan’s most prestigious institutions of higher learning, have refused to comply with the MEXT notice.

The debate over this decree will continue for some months, as schools plan to begin effecting change no sooner than April 2016, the start of the next Japanese fiscal year. Of the country’s 744 universities, about one-quarter are public and directly subject to these MEXT orders. Prime Minister Shinzo Abe believes this change will promote what he has called “more practical vocational education that better anticipates the needs of society.”

At present, the only Western press that has reported on this development has been the British Times Higher Education; Wall Street Journal, and the US National Science Foundation Here and Here.

Update, September 22, 2015
Minister Shimomura countered criticism of his Ministry's education plan on September 11 by stating that the notice serves not to categorically abolish humanities and social sciences from public university curricula, but to encourage institutions to audit their academic programs and reallocate resources based on societal demand. He cited notorious programs in education that do not require or prepare students to obtain teaching licenses before graduation as an example of ineffective programs that should be restructured or closed. What this notice will actually mean for Japan's public universities remains unclear.

There may or may not be political reasons for the change. Japan’s humanities departments, like those in the U.S., lean heavily to the political left, and Japan’s conservative administration is in the process of reorienting security policy. More darkly, the change might be part of a wider attempt by social conservatives -- Abe’s main power bloc -- to move the country in a more illiberal direction by stifling dissent and discussion.

But the main takeaway is that Japan’s policy-making process is arbitrary and dysfunctional. According to Takuya Nakaizumi, an economics professor at Kanto Gakuin University, the changes were probably written not by Minister Shimomura himself, but by more junior members of the Ministry of Education, Culture, Sports, Science and Technology. If that is true, it means that sweeping policy changes, which will affect the entire economic and social structure of the nation, are being made by junior officials via an unaccountable and opaque process.


Japan needs to keep educating students in the social sciences and humanities. It needs to avoid a doomed attempt to return to a developing-country model of growth. It needs a more robust, less arbitrary, more transparent policy-making regime. Minister Shimomura’s diktat bodes ill for all of these things.