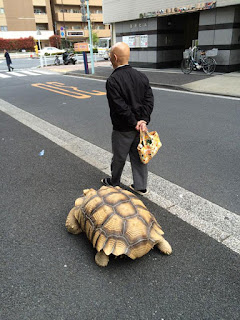 Giving Shinzo Abe a B+ on womenomics is outrageous, and that results suggests that we take all the other scores with large spoonfuls of salt.

Despite a series of laws—e.g.,  Labor Standards Act and the Equal Employment Opportunity Law—outlawing discrimination against women in pay, promotional opportunities and in regard to child-bearing status, firms continue to pay women less, put them on a “general” or “clerical” track with fewer opportunities for promotion and pay hikes, and engage in maternity harassment. Abe could improve the life of women by simply enforcing the law. Currently, Japan has no government agency with a mandate to investigate violations of these anti-discrimination laws and to take firms to court (the opposite of the situation with regard to financial firm violations). Victims have to hire and pay their own lawyers, spending years in litigation. Even when they win, other courts need not treat this as a precedent and firms face no fine, hence no deterrent.

Women face double-discrimination: as non-regulars and as women. 57% of women employees are non-regulars, compared to 21% of men. So, naturally, the majority of women workers get lower wages, even when doing the same job. However, even if we compare the salaries of full-time regular workers with university degrees, we find that women aged 50-54 are paid 22% less than their male colleagues.

Abe has done absolutely nothing about any of this. Abe’s one concrete effort has been a new law that urges firms with more than 300 employees to increase the share of women in management slots. Abe has said he would like women to comprise 30% of all managers in just five years—up from 11% today and far less than the 40% in the US and France. Even under the best conditions, there is no way Japanese firms can change that much in just five years. But, as with almost all of his structural reforms, Abe has once again touted a nice-sounding goal with no strategy to achieve it. The law sets no target; it merely requires large firms to set their own target. It imposes no penalties for firms that fail to meet their own goal.

And, even if it succeeded, it would help very few women. Only 30% of employees work at the large companies affected by the law. Only 14% of all employees aged 50-64 are managers. 14% of 30% equals 6%. What about the other 94%? The only way this would help is if firms with more women in management roles discriminated less against other women in regard to pay, promotion, tracking and maternity harassment. Is there any evidence on this one way or the other?

We have no reason to doubt Abe’s sincerity regarding equal opportunities for women. He has gotten Ministries to hire more women and put them on the elite career track (sogo shoku) that can lead to top positions. For example, the Ministry of Economy, Trade and Industry (METI) hired 22 women for the elite track this year, 30% of all new elite track hires. However, as with so many other economic issues, Abe is unwilling to spend political capital on difficult economic reforms when his real priority is the contentious Collective Self-Defense (CSD) bills.

In the case of pay and promotion issues, Abe dares not rankle the companies whose support he still needs. Take for example, his activities regarding part-time workers, where the law demands equal pay for equal work but the law is not enforced. Abe had a real chance this year to help those workers, and thereby increase consumer demand. He had proposed a law making it easier for firms to use workers from dispatch agencies. When the DPJ proposed an amendment requiring equal pay for equal work for those dispatched workers, the LDP watered down the provision to make it meaningless.

So, while Abe falsely brags that he has gotten firms to hike wages, when he got a chance to do something that would make a real difference, he went the opposite way. On top of that, he offered these firms a tax cut while hiking taxes on consumers, to terrible effect.


Abe has to make up his mind: if he wants economic results, he has to do what it takes to achieve them. Despite his falling approval ratings, Abe remains in the strongest position to take controversial steps of any Prime Minister in a long time. He faces no opposition within his own party and there is no opposition party with any strength. If not now, when?

>For a fuller discussion of this issue, email Richard Katz at rbkatz@orientaleconmomist.com and request a copy of the September lead of The Oriental Economist Report.