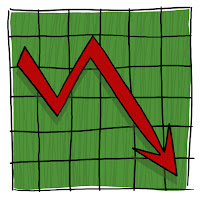 Every prime minister–LDP or DPJ–who has come into office after Junichiro Koizumi ended his more than five year tenure on a high note in 2006 has inevitably faced a monthly slide in the opinion polls. This decline in popularity continues until, as Yukio Hatoyama in mid-2010 found himself, support drops into the single-digits. The result is that the PM soon resigns. Will Prime Minister Yasuhiko Noda, facing a similar erosion of public confidence, soon suffer the same fate?

Noda enjoyed a heady 65% support rate in Yomiuri’s opinion poll when he was picked to replace Naoto Kan as prime minister last August 31. Other polls were similar. But since then, his Cabinet’s popularity in the monthly tallies has continued to slip, and now, with the latest Asahi poll taken on December 10-11, it has dropped to a mere 31%, entering a historical danger zone for Japanese prime ministers. The non-support rate at 43% is now far greater than the support rate, with other commercial polls having similar results.

Of course, each prime minister has stumbled and fallen on his own accord. But part of the reason for the public’s tendency to quickly want to dispose of its leaders is a generic dislike of politics in Japan, as revealed in a recent Yomiuri poll (Yomiuri, 11/25/2011, p.9). The face-to-face opinion survey showed strong public dissatisfaction with the current state of impasse in Japanese politics and a general sense of powerlessness to do anything about it. Both the ruling and the opposition parties have earned public scorn and distrust, the poll shows. Asked to evaluate recent Japanese politics, 76% of the public said it was getting wors. Even among DPJ supporters, 54% said it was getting worse. Among independent voters, who can make or break parties during elections, 83% sensed a worsening of politics.

Respondents, when asked to pick multiple reasons for their unhappiness with politics, most frequently cited “A failure to see things through the people’s eyes” (45%), followed by “Decision making is too slow” (43%), “Not setting a future course for Japan” (33%), and “Spending time in political disputes” (30%). Evaluating the current lawmakers, 50% cited their “lack of decision-making capability,” “lack of leadership” (41%), and “lack of a sense of mission” (30%).

Prime Minister Noda started strong, but has made some major mistakes .First, was his way of choosing his own cabinet. One of his biggest mistakes last fall was to give priority to balancing various groups in the party in post appointments instead of to an individual’s qualifications. He seemed more intent on keeping party bosses happy, but ended up with a lineup of mostly amateurs, some of whom proceeded to get into trouble. First to go was his METI Minister for offensive statements about earthquake victims in northeast Japan.

And now, Defense Minister Yasuo Ichikawa has come under fire for expressing ignorance about the 1995 Okinawa rape incident that led to the decision to relocate Futenma Air Station. His attitude has infuriated Okinawans, the opposition camp passed a censure motion against him in the Upper House. But Noda has decided to keep him on in the cabinet, as well as another cabinet member, National Public Safety Commission Chairman Kenji Yamaoka, who is linked to a controversial business scheme. Noda reportedly is unwilling or unable to fire them because both are cohorts of the still powerful former party president Ichiro Ozawa, whom Noda is loathe to upset.

The rupture with Okinawa Governor Hirokazu Nakaima has further complicated the process of relocating Futenma. In addition, Noda’s ability to pass any legislation in the Diet is now compromised. The LDP-led opposition camp wants to force him during the upcoming regular Diet session that starts in January to dissolve the Diet for a snap election that it believes it can win, returning a LDP coalition to power. This scenario is more wishful thinking than real as no election can be called until there is a redistricting to address the unconstitutional voter disparity problems identified by Japan's Supreme Court.

Visiting LDP party head, Nobuteru Ishihara boldly told a Washington audience on December 12 before rushing off to meet Administration officials that “The LDP is also pressuring the DPJ to hold a general election, as any consumption tax increase is a clear violation of the party’s campaign promises, and a change in its publicly-declared policies. For these reasons, the political world will reach its first critical stage in March, at the end of the Japanese fiscal year.”

He noted that “the most recent opinion poll shows that 64% of the public believes that if the DPJ now turns its back on its campaign promise and submits a bill in the Diet to increase the consumption tax, then it should first call for a new general election and present a revised campaign pledge that includes a consumption tax increase.”

Noda may try to block that by reshuffling his cabinet prior to the Diet opening, removing the offensive two ministers. But his support rate is likely to continue to slip-slide away. The pending issues – TPP, Futenma, tax reform, and pension reform – are all controversial. The spring Diet session could see a replay of scenarios that it has seemingly orchestrated since 2006.