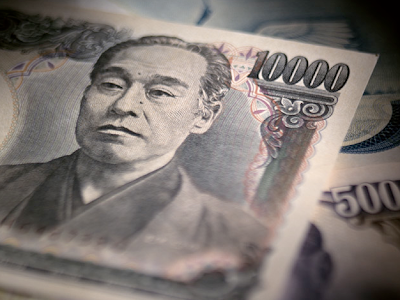 Polls in late December showed a rapid drop in the popularity of Yukio Hatoyama's administration, largely attributable to the political donations scandal in which two of the prime minister’s former secretaries have been indicted over falsifying accounts for huge amounts of money from his own assets and ¥15 million a month from his mother for a number of years.
In a Nikkei opinion survey carried out December 25 and 26, the disapproval rate for the Hatoyama Cabinet soared 18 points to 42%, with the approval rate plummeting by the same amount to 50%. Similarly, in a Kyodo poll carried out at the same time, the cabinet’s support rate plunged 16.5 points to 47.2%, while non-support jumped 13 points to 38.1%.

The public apparently didn't buy the prime minister’s explanation that he had known nothing about the money, with 76% in the Kyodo poll and 75% in the Nikkei poll saying that they were “unconvinced.” Nikkei commented: “The public seems increasingly dissatisfied with Hatoyama’s political contribution scandal and his leadership.”
A Tokyo Shimbun commentary on the Kyodo poll noted: “If he continues to display a lack of leadership on the domestic and foreign policy fronts, it is certain that the public’s eye will become even more severe.” A mid-level Diet member from Hatoyama’s party, the Democratic Party of Japan, said: “There are no factors that would contribute to boosting his support rate from now on.”

While the past three prime ministers – Abe, Fukuda, and Aso of the Liberal Democratic Party – suffered a collapse in public confidence, that fate has yet to befall Hatoyama. In the Kyodo poll, 64.3% of the public wanted him to continue in office, and only 21% wanted him to resign. But other factors could add to their concern, such as his perceived lack of leadership in the handling of relocating the U.S. Marines’ Futenma Air Station in Okinawa. The DPJ and its two junior coalition parties have agreed to find an alternate site other than the current Camp Schwab in Okinawa by next May, but that may be easier said than done.
Hatoyama has tried to rule out a complete removal of the base functions to Guam, as proposed the Social Democratic Party. He cited the problem of maintaining a deterrence if the base is so far from Japan. Faced with a sharp reaction from the SDP, Hatoyama backtracked and the Guam option remains on the table.

His troubles, though, may only be beginning. Kyodo reported on December 28 that a questionnaire the news service submitted earlier in the month to every prefectural governor in Japan, except Okinawa, found zero support for moving Futenma to another prefecture in Japan. If the ruling camp is perceived as deadlocked on the Futenma issue, and the prime minister is seen as continuing to give way to the SDP, the slide in his popularity is likely to continue unabated.