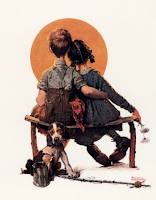 Japan's back in love with America, is quite fond of South Korea - but has yet to find a place in its heart for China.
In its annual survey for 2009 of Japanese opinions toward other countries, the Cabinet Office found feelings of friendliness toward America and South Korea at an all time high - 78.9% and 63.1%, respectively. Although good feelings toward China rose significantly compared to last year’s poll, almost two-thirds of all Japanese continue to have negative feelings.
The survey posed two simple questions toward each country with which Japan has close ties: “Do you have friendly or unfriendly feelings?” and, “Do you think that relations now are in good shape?” The latest poll was carried out in October 2009, just after Prime Minister Yukio Hatoyama of the Democratic Party of Japan took office. It therefore does not reflect the public’s reaction to growing friction between the US and Japan over the proposed relocation of the US Marine Corps’ Futenma Air Station in Okinawa.
The record is probably thanks to the Obama effect. Particularly resonating was his April 4, 2009, speech in Prague calling for a world without nuclear weapons. Obama’s November 13-14 visit to Japan, where he delivered a major foreign policy speech on America’s role in the region was especially well received by the Japanese public.
Only 19.1% of Japanese felt unfriendly toward America. The 2008 survey recorded 73.3% feeling friendly toward the United States and 24.8% who were not. The long-term trend in the poll, which has been carried out annually since 1978, shows the percentage of those with friendly feelings toward the US fluctuating between the high 60s and the high 70s. The previous high was 78.1% in 1991, attributed to: the end of the Cold War; lessening economic friction; and strengthening diplomatic ties regarding the first Gulf War and the growing regional threat from North Korea.
The previous high for unfriendly feelings toward the US was 28.1% in 1986, a year of strained relations over market access and tensions over American expectations of Japan in responding to the Iran-Iraq war, including a refusal to join minesweeper operations in the Persian Gulf.
In the latest poll, the percentage of Japanese who felt US-Japan relations were in good shape reached 81.8%, soaring 13 points from the record low (since 1998) of 68.9% in 2008. Those who felt relations were in bad shape dropped from a record high of 28.1% in 2008 to 14.4% in the new poll.
Previous high points were 81.8% in 2001, following 9/11, and 82.7% in 2006, an accumulation of the goodwill toward the US stemming from Japan’s contributions to the war on terror during the administrations of prime ministers Koizumi and Abe.
Given the Japanese people’s highly positive attitude toward the United States and the overall state of US relations with Japan, now would appear to be the right time for the administration in Japan to promote deeper cooperation not only on conventional areas of strategic convergence, such as dealing with the threat from North Korea, but also in productive areas of mutual global interest, such as nuclear nonproliferation and climate change.
Instead, the first few months of the Hatoyama administration have been spent wrangling over the relocation of a base in Okinawa that was decided years ago, creating strains that could affect the overall relationship over time. It would be interesting to see what Japanese views of the US would be if the poll were carried out today.
William Brooks
APP Senior Fellow
Picture from here.
at January 11, 2010