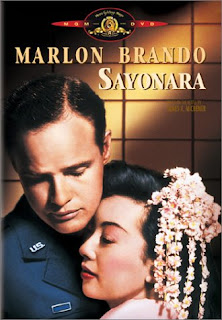 The Japanese press is hoping the 50th anniversary of the signing of the US-Japan Security Treaty will be something to write home about.
The major dailies were also encouraged by the announcement that Secretary Clinton and Foreign Minister Okada would meet in Hawaii, ostensibly to discuss Futenma. To be sure, Japan’s editors have been uniformly and uncharacteristically negative toward the Hatoyama Administration.
The announcement comes against the backdrop of increasing discord between the central government and Okinawa. Chief Cabinet Secretary Hirano tangled with Governor Nakaima (of the Liberal Democratic Party) last weekend and whether Okinawa prefecture had actually concurred with the 2006 agreement on building a V-shaped runway on the shore of Camp Schwab in Nago City.

To make matters worse, Prime Minister Yukio Hatoyama, aiming to reach a conclusion on the relocation issue by May, continues to be hounded by his party’s coalition partner, the Social Democratic Party, not only to abandon the original agreement but to move the Marines out of Japan. Appearing on an NHK talk show on Jan. 10, SDP head Fukushima beamed when she said that if it was not for her party having stopped Hatoyama, he would have made a decision last December to go with the Camp Schwab option.

If there ever was any doubt about how seriously Japan’s major dailies back the “deepening of the alliance,” as Hatoyama and President Obama agreed last November, such should have been erased by the editorials that have been coming out commemorating the security treaty’s 50th anniversary. Two came out over the weekend.

The Mainichi’s editorial, linking the strengthening of bilateral ties to Japan’s national interests, stressed values, such as freedom and democracy, which Japan and the US share. But the daily warned that “there is distrust and disappointment at the Hatoyama administration in the US” over the postponement of the decision on the relocation of Futenma Air Station. While not worried about an immediate collapse of the alliance, the Mainichi was concerned that such festering issue could eventually make it “hollow out.” It concluded that in the months ahead, “Hatoyama’s qualifications as Japan’s leader will be tested.”

The more liberal Asahi took a similar tone of alarm about the state of bilateral ties in its editorial on Jan. 9 welcoming the Clinton-Okada meeting. The editorial hoped that “this will be a starting point for rebuilding the damaged trust relationship.” It surmised that “Secretary Clinton likely responded to Foreign Minister Okada’s request because, from the perspective of the importance of Japan-US relations, it was not desirable to give domestic and foreign audiences the impression that the leaders of the two countries could not even meet, owing to the souring of ties over the Futenma issue.”

The Asahi hoped that the two would discuss not only Futenma but the “second important topic” of “deepening the alliance.” The paper, noting that the last issuance of a joint statement on the security arrangements came in 1996, stated: “It is good timing now to redefine the significance of Japan-US cooperation and the role of each country in the alliance," listing such areas as dealing with a changing security environment in the region, such as rising China, international terrorism, nuclear proliferation, and other global threats. The daily also pointed out the gap between the two allies, the US expecting Japan to play a more constructive role, such as dispatching troops overseas for peacekeeping, while the Hatoyama administration wanted to expand the alliance in non-military areas.

On Futenma, the Asahi hoped that Clinton and Okada would separate that issue, focusing on confirming the importance of the broader relationship. But the daily could not conceal its concern in the end: “There is no change in what we have said before about a quick resolution of the Futenma issue. If there is no responsible settlement by May, the main body of the alliance can only be cast adrift.”

Asahi could not help bringing up the US connection in a Jan. 10 editorial on Japan-South Korean relations. Ironically, the 50th anniversary of the security treaty also happens to be the 100th of Japan’s annexation of Korea in 1910. It noted that it was the US that nudged Japan to normalize postwar relations with South Korea in 1965, despite the strong lingering enmity there toward Japan. The editorial focused on the statements 15 years ago by then Prime Minister Murayama and others expressing regret for Japan’s militarist and colonial past, lamenting that after that, some members of the then ruling Liberal Democratic Party rejected them.

The daily urged Prime Minister Hatoyama to “directly face the history of colonial rule and aggression in Asia that Japan had carried out, and based on that lay out an initiative in which Japan would contribute to the peace and prosperity of Asia, which is now changing.”