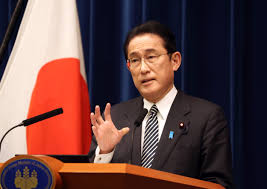 An Uneasy Stimulus Package for Japan

To prepare for the risk of worldwide economic decline, the Kishida administration announced in late October a new stimulus package amounting to ¥39 trillion ($264 billion). Hoping to ease the Japanese people’s growing anger over relentless price hikes, Prime Minister Fumio Kishida is offering families financial support for their utilities bills. However, it is not clear whether the new measures can keep up with the consistent inflation caused by the fall in the value of the Japanese yen. Meanwhile, disregarding widespread demands for economic stabilization, the Bank of Japan shows no sign of ending current efforts to ease monetary policy.

The administration argued that the Japanese economy is on its way to a normal condition after a significant slump caused by COVID-19 and the Russian invasion of Ukraine. Those events led to higher prices for international raw materials, while the plunging yen caused increases in the prices of energy and food products. The stimulus package aimed at moderating inflation and improving workers’ wages, by using the cheap yen to restore sales capacity.

The highest priority in the stimulus package is to moderate the unusual increase in commodity prices, a trend that other major economies in the world are also attempting to address. Japan’s stimulus package may be unique, however, in that is the government will subsidize household electricity and fuel bills through payments directly to those utilities rather than through payments to households. The government has explained the subsidies will result in a 20% reduction in the monthly electric power charges of an average family. The public is skeptical about whether the electric power companies pass the subsidies along through reductions in monthly charges, but the government has said that the reductions will be described on monthly bills. There remains the possibility that the stimulus package will be the salvation of electric corporations, without improving consumers’ purchasing power. The same can be said about gas prices.

Another key to economic revitalization is raising workers’ wages. While former administrations recognized the need for better wages, the financial benefits of tax cuts and programs for major corporations did not trickle down to small or mid-size businesses. And the wages of a majority of workers has remained low. The Kishida administration looks to be more aware of the problem than were its predecessors. The stimulus package will back small businesses on the condition that employee salaries rise. Companies will be penalized if they hesitate in reflecting governmental support on the price, or financial back-up for the companies suffered from COVID-19 or current inflation. But employers would not be required to sacrifice their businesses to get their employees to the proper wage level.

The rest of the policies in the package are politically motivated. Neo-capitalism is one of the pillars of Kishida’s policy. To promote investment in human capital, the package expands the budget for the next five years, creates a new system for “reskilling” and job transfer, removes expiration of the Nippon Individual Savings Account and improves the personal pension system. To improve job education, Japan will send one thousand young entrepreneurs to technology and finance centers in United States, including Silicon Valley and business districts in the east coast.

Subsidies for the construction of infrastructure is a traditional stimulus policy of any Liberal Democratic Party (LDP) administration because local constructors are fundamental supporters of the party. Firmly believing in Keynesian economics, the Kishida administration, as well as former LDP ones, will encourage improvements to the transportation system to better withstand disasters and will support the growth of a digital-transformation-friendly infrastructure. Finally, although the relationship to economic stimulus is unclear, the stimulus package also includes: support for the countries or regions affected by the Russian invasion of Ukraine; a fund for releasing into the sea the water used for cooling Fukushima’s damaged nuclear reactors; and security enhancements for G7 leaders meeting in Hiroshima next year.

On the same day that Kishida announced his new stimulus package, the Governor of the Bank of Japan (BoJ), Haruhiko Kuroda said in a press conference that the Bank will maintain its inflation targeting policy known as “yield curb control.” Kuroda then predicted that “Although commodity prices for consumers will keep rising through the end of this year, the speed of inflation will be slowed down by mid-2023.” The Governor’s term ends next April. Supposedly frustrated with slow progress in reaching the target 2% inflation rate, Kuroda insisted that the monetary policy should support a rise in workers’ wages. But the BoJ is not necessarily responsible for workers’ wages. News reports thus focused on who will be his successor.