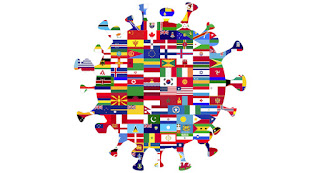 Globalization has failed to make the country more democratic. It’s time for a different approach.

Since President Nixon’s historic “opening to China” in 1972 and President Carter’s formal recognition of the communist regime in Beijing, U.S. policy has been to promote trade and investment with China. I myself was a leader of the first U.S. trade mission to Beijing in 1982. Our strategy then and thereafter was founded on the notion that free global trade and investment would stimulate not only economic growth but also the spread of democracy and peace.

At the time, it seemed like a smart bet. The collapse of the Soviet Union in 1991 and Chinese leader Deng Xiaoping’s 1992 statement that “to get rich is glorious” seemed to confirm our ideas. Both unleashed euphoria in the West. Francis Fukuyama’s book, The End of History and the Last Man, was widely acclaimed. Despite having shot at least several hundred and perhaps thousands of its own students in Tiananmen Square on June 4, 1989, the Beijing regime was welcomed as a trading partner by the free world. Clinton campaigned for President under the slogan “no coddling of dictators from Baghdad to Beijing,” but as President adopted a policy of “positive engagement,” eventually negotiating to bring China into the World Trade Organization. Of China’s attempts to censor the internet, he joked: “I’d like to see them try to control the internet. It will be like trying to nail jello to the wall.”

But from early on, it should have been clear that this policy was misguided. The Clinton administration’s argument for bringing China into the WTO, widely supported by the economics and foreign policy establishment, was that doing so would liberalize China while dramatically reducing the U.S. trade deficit with Beijing. None of this took place. China became more authoritarian. The deficit mushroomed from about $80 billion annually to $500 billion. Many U.S. companies moved their factories to China to take advantage of cheap labor, the absence of unions, and the lack of safety and environmental regulations. Chinese State-Owned Enterprises (SOEs), meanwhile, began to raise billions of dollars of new capital by listing their shares on the New York Stock Exchange without meeting the same accounting standards as U.S. corporations.

George W. Bush and Barack Obama adopted similar policies, with similarly dangerous consequences. In 2005, as they continued to move production to China, free-world companies began suffering theft of their innermost secrets by hackers with ties to Beijing. Few people raised alarm. Similarly, no one seemed to be concerned when in 2012, General Electric Chairman Jeffrey Immelt, then also Chairman of President Obama’s Commission on Jobs and Competitiveness, transferred GE’s U.S.-based avionics division to China as part of a joint venture with China’s state-owned Avic. Because avionics is not labor intensive, cost reduction could not have been the reason for the move. Clearly, China had let GE know that if it wanted to sell avionics in China, it would be best to make them there.

It was all evidence that, rather than disappearing, SOEs were consolidating and becoming ever more powerful—as was the Communist Party. China began subsidizing economic sectors such as the semiconductor industry in pursuit of international leadership. Its SOEs began investing heavily and strategically abroad in everything from ports in Europe to telecommunications infrastructure in Australia. The country began dredging reefs and militarizing artificial islands in the South China Sea, along with sinking the fishing boats of other nations—all as part of its plan to seize control of the Sea. It began mass arresting its Uyghur minority.

This was not at all in keeping with the long held free world expectations, and eventually, even the biggest cheerleaders of free trade began to admit that, far from becoming a “responsible stakeholder in the liberal, global order,” China was bent on becoming the hegemon of its own authoritarian order. On March 1, 2018, The Economist announced in its cover story that the West had made the wrong bet on China. It simply wasn’t becoming more market oriented or liberal.

By now there has already been talk of companies targeted by China’s industrial policies “de-coupling” from the country: leaving completely. They began to move production to places like Vietnam and even back to the United States. There has also been economic analysis by MIT Professor David Autor and others showing that the offshoring of U.S. jobs has contributed to overall unemployment, and that it has been a drag on working—and middle-class incomes.

Still, there’s resistance to departing China by many companies. Billions of their dollars have gone into putting factories and supply chains in China and training their workers. The cost of tearing it all down and moving elsewhere, even if elsewhere has cheaper labor, seems daunting.

Now, however, the COVID-19 virus, China’s continued militarization of the South China Sea, its drive for high-tech autarky, and its muscling of Hong Kong have put the cost question in a different light. Previously, few asked about the potential cost of over-dependence on fragile supply chains anchored to a single production site in a somewhat hostile country. What would be the costs to the company or to a country if that supply chain went down? What was the cost of not being able to obtain key drugs, masks, ventilators or anything else that you had once made but had long ago outsourced? The virus has revealed the answer to be “very high indeed.”

Simply questioning the Communist Party invites retaliation, as Australia discovered when it called for an international inquiry into the origins of the virus pandemic. The world is slowly realizing that the risks from dependency on China are much greater and more dangerous than ever imagined. The United Kingdom, once ready to embrace Huawei technology, has said it will not. Countries like Japan have already budgeted billions of dollars to assist their companies in bringing their factories back home. Germany and others have imposed strict limits on investment in their countries by Chinese companies. The United States must learn from this experience and these examples. Indeed, there is already a bill in the U.S. Congress to add $100 billion to the budget of the National Science Foundation specifically for the purpose of maintaining U.S. technology leadership over China. The Trump administration is also now limiting exports of some advanced U.S. semiconductor technology to China.

Clyde Prestowitz
Clyde Prestowitz is the founder and president of the Economic Strategy Institute. He formerly served as counselor to the secretary of commerce in the Reagan administration, as vice chairman of President Bill Clinton’s Commission on Trade and Investment in the Asia-Pacific Region, and on the advisory board of the ExIm Bank. His most recent book is The Betrayal of American Prosperity. He is a Senior Fellow at Asia Policy Point.
.
at June 23, 2020