The Wisdom of The Hague’s South China Sea Decision 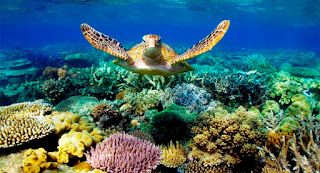 The verdict is persuasive and an important addition to international law.

By Jerome A. Cohen, professor and director of the U.S.-Asia Law Institute at NYU Law School, WALL STREET JOURNAL, July 19, 2016

The July 12 arbitration award in the Philippines case against China under the United Nations Convention on the Law of the Sea (Unclos) isn’t only significant for East Asia and maritime law. It will also have implications for public international law and the peaceful settlement of international disputes generally.

Even important arbitration awards, such as the 2014 Unclos tribunal’s decision to award 80% of the disputed area in the Bay of Bengal to Bangladesh rather than India, barely receive international media coverage at all. This helps China to argue that arbitration, like international court adjudication, is inconsistent with Asian values and not an accepted mode of peacefully settling disputes.

The seat of the Permanent Court of Arbitration at the Vredespaleis (Peace Palace) in The Hague, Netherlands. Photo: European Pressphoto Agency

China’s argument is refuted by the U.N. Charter and many treaties ratified by Asian countries, including China, requiring compulsory arbitration or adjudication. Moreover, as Singapore’s Ambassador Tommy Koh, who played an important role in the 1982 adoption of Unclos, has emphasized, a surprising number of Asian countries have chosen third-party decisions to resolve disputes.

Diplomats tend to play down international legal decisions. When in October 2012 I urged East Asian states to use arbitration or adjudication to help settle their territorial and maritime disputes, some diplomats dismissed the idea as unrealistic. I was therefore excited when, a month later, Japan’s departing Foreign Minister Koichiro Gemba challenged China to sue Japan before the International Court of Justice to determine sovereignty over the Senkaku Islands. Yet the Abe government has only hinted at following Mr. Gemba’s initiative.

It took the stunning Philippine arbitration case against China brought in 2013 to illustrate the value that international legal institutions can have for weak countries with no other defense against overwhelming power. The skillfully crafted Philippine legal briefs won my admiration.

Although rejected not only by China but also Taiwan, the tribunal’s elaborately researched and scrupulously reasoned responses proved just as impressive. They were even more so given the difficulties imposed by China’s nonparticipation and the tribunal’s mistaken refusal to permit Taiwan’s participation, out of exaggerated deference to Beijing’s “one China” policy.

Learned books will soon analyze the complex jurisdictional and substantive issues discussed. Here one can only mention the decision that has drawn the most immediate fire from both Chinas: the determination that the Spratly islands aren’t entitled to the 200-nautical-mile exclusive economic zone and continental shelf.

Unclos Article 121 grants an EEZ to all islands except “rocks which cannot sustain human habitation or economic life of their own.” The words of this confusing but crucial exception aren’t self-defining. They were a compromise among Unclos drafters who, unable to agree upon a more precise formulation, left these vague terms to be given concrete meaning case by case.

Despite Taiwan’s formal exclusion from the proceedings, the Chinese (Taiwan) Society of International Law managed to submit a strong “friend of the court” brief. It tried to demonstrate that Itu Aba (Taiping Dao), the largest of the Spratlys and the only one occupied by Taiwan, is a fully entitled island that doesn’t fall within Article 121’s exception.

But the tribunal decided that islands that lack a history of supporting settled human communities without substantial outside aid shouldn’t enjoy the enormous special rights to maritime and seabed resources that EEZ/continental-shelf status confers. To do otherwise, the tribunal declared, would violate the underlying purpose of Article 121 “to prevent States from claiming for themselves potentially immense maritime space . . . to the detriment of other coastal States and/or the common heritage of mankind.”

The tribunal conducted an extraordinarily exhaustive and frank examination of the language and drafting history of Unclos and previous law-of-the-sea negotiations. It also considered the limited extent to which practice and earlier decisions had shed light on the issue, relevant Asian historical developments, the region’s geography and geology, and the practical consequences of narrowly or broadly defining the exception.

Although initially sympathetic to Taiwan’s brief, I found the tribunal’s bold, lengthy and informative application of Article 121 more persuasive and a much-needed authoritative addition to the law of the sea. It embodies the admonition of the Vienna Convention on the Law of Treaties that international agreements must be interpreted in light of their major purposes. The tribunal erred in not allowing Taiwan adequate opportunity to state its case, but its decision on the merits was surely wise.
at July 20, 2016