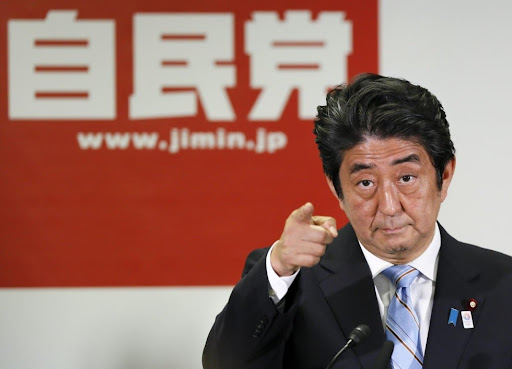 On Tuesday, April 28th and Wednesday, April 29th from 9:00am to Noon there will be demonstrations on the West side of the Capitol Building on the grassy middle area, know as Area 1 hoping to catch the attention of visiting Japanese Prime Minister Shinzo Abe. A Comfort Woman from South Korea will be there. It is an opportunity to show that Abe’s denial of Japan’s responsibility for WWII and Imperial Japan's war crimes concerns Americans. It is not merely a problem for Korea and China.

Events Happening Elsewhere in the country related to the Comfort Women

Uemura Takashi, a former reporter of the Asahi Shimbun, is currently an adjunct lecturer at Hokusei Gakuen University in Sapporo. In 1991, while a reporter for the Asahi, he wrote two articles on Kim Hak-sun, the first “comfort woman” to come forward to tell her story (1991). Because of these two articles, Uemura has been the target of denunciations by nationalists. He has been labeled "the reporter who fabricated the 'comfort woman' issue" and denounced by nationalists as a “traitor.” Such bashing took a critical turn for the worse in 2014, to the extent that he and his family risk losing their right to a livelihood.