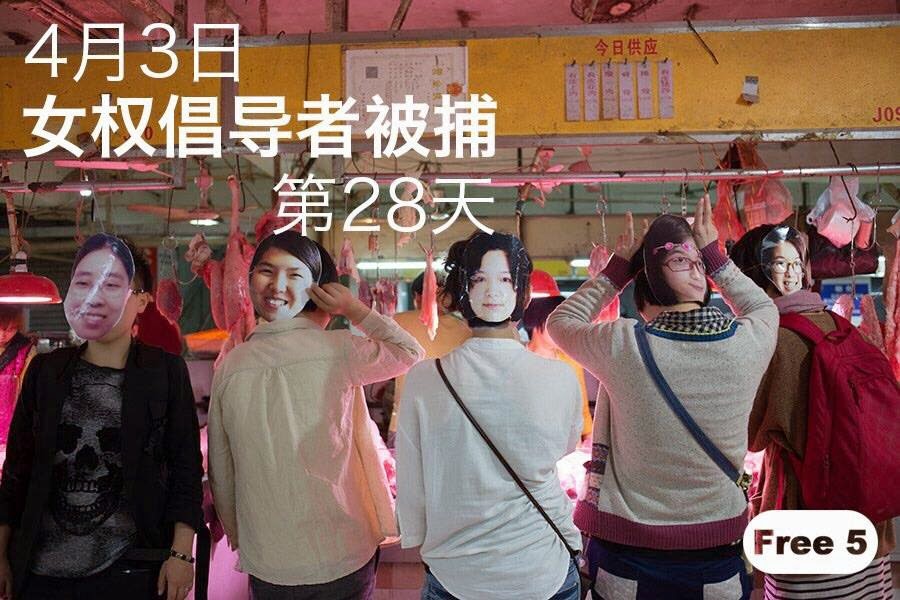 China’s Fear of Women With Pamphlets

China’s growing crackdown on political dissent is stirring global protests and demands for the release of five women’s rights advocates arrested this month as they sought to hand out leaflets as part of a campaign against sexual harassment on China’s public transportation.

The women were taken into custody ahead of International Women’s Day, March 8. They have been held on suspicion of “picking quarrels and provoking troubles” — a classic authoritarian premise for crushing free speech.

In truth, the five activists are affiliated with the Beijing Yirenping Center, a dedicated nongovernmental organization that focuses on discrimination suffered by various groups, including women, the disabled and people with H.I.V., hepatitis and other illnesses. As the government faced mounting international protests, the situation grew worse this week with a raid on the offices of Yirenping by Chinese security agents, who confiscated files and computers and locked workers out of the center.

The arrests have prompted global rallies and petitions as well as diplomatic complaints. Samantha Power, the United States ambassador to the United Nations, has called for the women’s release and a commitment from China to face up to their grievances, not muzzle them.

Since President Xi Jinping took power two years ago, scores of human rights defenders have been jailed in a crackdown across the spectrum of legitimate protest, from academia to the Internet to organizations like Yirenping. Rights groups say the attempt to throttle government criticism and other speech has been the worst since the deadly Tiananmen Square protests of 1989.

President Xi should see that there is no place for such government thuggery in his campaign to modernize China. He has the chance to build a legacy embracing the advancement of human rights. Instead, he appears to be succumbing to the history of Communist Party leaders who fear citizens’ protests as a prelude to subversion. The Yirenping women stand as a noble opportunity for China, not a threat.