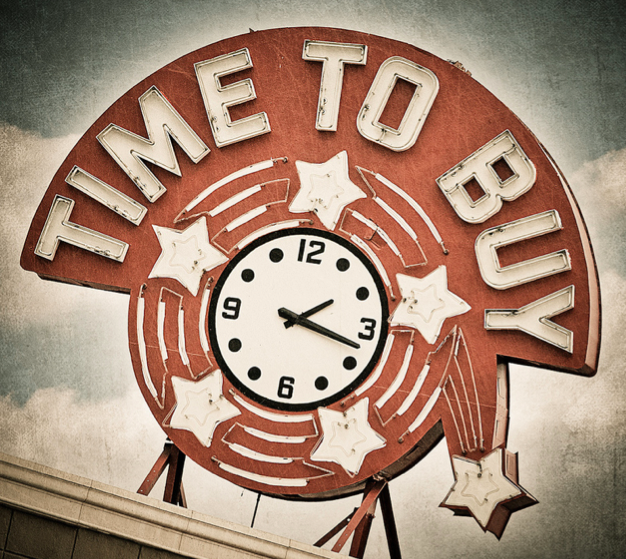 Japan voted for stability in the December 14th Lower House elections. The election was not about change. In contrast, the election for Prime Minister Abe Shinzo was about winning time for change. The election brought him time to continue his promised policy changes such as constitutional revision. Without the snap election, Abe would have had only two more years of a guaranteed Lower House majority. Now, barring any political setbacks, he has four or until 2018.

Whereas Japan’s voters are uncomfortable with change, the Abe Administration is focused on a number of substantial ones. The prime minister wants to revise the constitution, not just Japan’s no-war clause Article 9 but also the clauses on human rights, civil liberties, and the Emperor’s divinity. He wants to enhance Japan’s military posture and extend the right of collective self-defense. And he wants an economic overhaul in Japan that includes opening markets, loosening labor regulations, altering agricultural practices, returning to nuclear power, and empowering women.

The Lower House election did not give Abe a mandate. Opposition forces made some gains and he still needs his coalition partner the Komeito, which is less enamored of his plans. Abe will have to work hard to convince the public to accept each aspect of his agenda. This will take time and this he now has.

No Mandate, Just TINA
The LDP’s December 14th win was not a “mandate” to steamroll their agenda through the Diet. The party remains strapped to a sometime reluctant coalition partner, the Komeito, to achieve a two-thirds super-majority. Compromises will continue to be necessary and negotiated.

Voter disinterest, as demonstrated by a record low turnout of 53%--down 6.6 points from 2012—was not simply a factor of bad weather. Only 10 years ago voter turnout was nearly 70%. Japan’s media summarized the mood of the electorate as “TINA”, meaning “There is no alternative.”

An Asahi Shimbun poll the day after the election supported this view.  More than seven out of ten respondents said the LDP won big because of the opposition’s “lack of appeal.” Only 11% attributed the ruling coalition’s lopsided victory to the voters’ positive evaluation of Abe’s policies. Almost 80% said none of the opposition parties are capable of governing the nation. However, about 60% said the ruling coalition captured too many seats. According to the survey, 53% of respondents expressed “concern” about the premier’s future policies and only 31% had “expectations of success.

The opposition, despite its nonstop attacks on the “failure” of Abenomics, was unable to unseat the feeling that there was no replacement to Abe’s policies. It was easy for Abe and the LDP to exploit this resistance to change. Although Japanese opinion polls showed that voters did not feel the economy improved—reinforced by negative GDP numbers—most were uncomfortable with new alternatives. They were willing to give Abe more time to make Abenomics work

The disorganized opposition was also a factor. Not enough candidates were fielded to put up a significant fight. And the party platforms were less specific than those of the LDP. The voters were so disenchanted with the major opposition party the Democratic Party of Japan (DPJ) that its leader lost his seat and the party’s leadership.

Yes, the ruling coalition won, but the LDP lost four seats and the Komeito picked up four. Thus, the two parties’ numerical strength is the same as before the election. Interestingly, the Party for the Next Generations, often a proxy voice for the Abe agenda lost big, going from 20 seats to only two. The DPJ picked up 11 seats to end with 73, keeping it the major opposition party. The real opposition winner was the Japanese Communist Party (JCP), which captured the anti-LDP vote by more than doubling its seats in the Lower House, rising from eight to 21. The JCP comes across in Japan as the last socialist force standing, a pacifist protector of the Constitution from change, and an advocate of a basically unarmed Japan.

Amending the Constitution
Abe’s main goal for extending his tenure four years is to give himself enough time to amend or rewrite Japan’s Constitution. The two-thirds majority that the ruling coalition now holds in the Lower House allows it to override any bill rejected by the Upper House. But in order to amend the Constitution, as Abe plans, it will take two-thirds in the Upper House as well, which the coalition does not have.

The next Upper House election is in the summer of 2016. Unless the LDP suffers a crushing defeat in the Upper House in this election, it is possible that Abe will preside over a long-term administration until the term of office of Lower House members expires in 2018.

Despite the pro-LDP vote in the Lower House elections, there is a division between the electorate and the elected in their support for amending the Constitution. At its heart is changing Article 9 and allowing for collective self-defense. A Mainichi Shimbun poll before the election found only 35% of the public favoring Japan’s use of the right of collective defense and 51% opposed. Even among Abe supporters in the poll, only 57% were in favor of collective self-defense and 31% opposed.

In contrast, another Mainichi Shimbun survey of those returned to the Diet found that 83% favored amending the Constitution. This totaled 390 of all those elected, exceeding two-thirds (317 members) required for the Lower House to initiate amendments to the Constitution. Asked whether they think Article 9 of the Constitution should be amended, 57% (267 members) answered yes.

In the Asahi Shimbun mentioned above, only 3% felt that the Abe Administration should focus on amending the Constitution. Respondents felt social security and the economy should be of primary concern.

Neighbors” Reaction
China and South Korea have reacted predictably to the election. The see the LDP’s win as an endorsement of the “rightward policies that deny past history.” Those countries believe Abe’s commitment to amend Japan’s pacifist Constitution as creating even more conflict with them. Abe laid the groundwork for repairing damaged ties with China, and it seems likely he will continue to do so. A visit to Yasukuni or a fishing boat collision could produce set back.

Ties with South Korea are at rock bottom. It will take a lot of patient diplomacy on both sides to inch the relationship forward. The media war between the two countries over the Comfort Women issue has yet to abate. Abe will have to distance himself from such mud-slinging and accusation, and take the high road toward a future-oriented relationship that would be in Japan’s national interests.

There are domestic advantages to hostile neighbors. It can encourage further political support for stability and unity. Coupled with doubt about the reliability of allies, an uncertain security environment helps justify the range of defense changes and enhancements advocated by the Abe Administration.

Alliance Deepening; Okinawa Worsening
On the Alliance, relations with the U.S. under Abe have continued to improve over the past two years. Spring should see the completion of a new set of defense cooperation guidelines that will further deepen ties. The Okinawa base issue, however, could become a thorn in the relationship if Abe is not careful.

The loss of Okinawa seats was the LDP’s and Abe’s biggest calamity in the otherwise smooth election. The prefecture is now dominated by anti-base activists, starting with the governor, who vows to block the relocation of the Futenma Air Station to Henoko Point, where a runway is to be built. In this hostile political environment, Abe will have to somehow build new channels of support and expand economic packages to the prefecture. Passage of casino gambling legislation made get an added push. Henoko will not be built by bulldozing the project over local protests. Yet blocking the Futenma relocation only delays its closing. Neither is a satisfactory solution.

Year Ahead
The LDP faces another election: the national unified local elections in April. To sweep these local assemblies, the LDP will have to soft-sell unpopular policies such as support for TPP and restarting nuclear power stations. Prime Minister Abe will have to tread lightly on controversial decisions until those elections are over. An early decision on TPP, for example, could reverberate wide across the farming prefectures that are against the agreement and at the base of the LDP.

There are also warnings of complacency and over-reach of, Kantei, the prime minister's office. Komeito is wary that Kantei may act arbitrarily. After signing the coalition agreement with Abe on December 15th, party leader Natsuo Yamaguchi stressed that, “We agreed not to become arrogant and to manage the administration steadily.” At his news conference on December 15th, Abe himself said: “We will lose the people’s support instantly if we become arrogant with the majority we enjoy and lose our humility.”

Until May, Abe will be cautious in both initiating and implementing domestic policies. He will continue his photogenic multi-national trips to shore up international support for Japan’s peaceful development and to emphasize his world leadership. At home, Abe will be patient. He will wait until he has solid domestic political backing, which he currently does not have. In all, he is buying time.