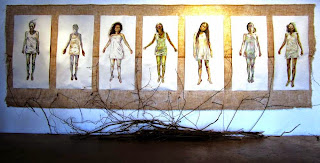 The UN and the Comfort Women:
Sex Slavery in International Law

Dr. Etsuro Totsuka is currently a visiting scholar at Georgetown University Law Center. In 2010, he retired from Ryukoku University, Kyoto, Japan, where he taught international human rights law at its Law School. Dr. Totsuka has held many distinguished positions including Bengoshi, Advisor to the Japan Federation of Bar Associations on External Affairs, and as visiting fellow at many universities throughout the world including the London School of Economics in the UK, Seoul National University in South Korea, and the University of Washington, Seattle in the US. Since February 1992, Dr. Totsuka has advocated to the United Nations on behalf of Japan's military sexual slavery victims (the "Comfort Women"). He has published widely on a number of human rights issues including the “Comfort Women” and the treatment of the mentally ill under Japanese law. He has a number of awards and honorary appointments. These include the Jinken-Sho (Human Rights Award) by Tokyo Bar Association in 1991 and the Honorary Fellowship of the (British) Royal College of Psychiatrists in 2006. . He holds B.Sc. and B.A. from Rikkyo University, Japan; LLM, LSE, University of London; and Ph.D. from Ritsumeikan University.

US-Korea Institute is a research center of the Paul H. Nitze School of Advanced International Studies (SAIS), Johns Hopkins University to increase information and understanding of Korea and Korean affairs.
at December 15, 2014