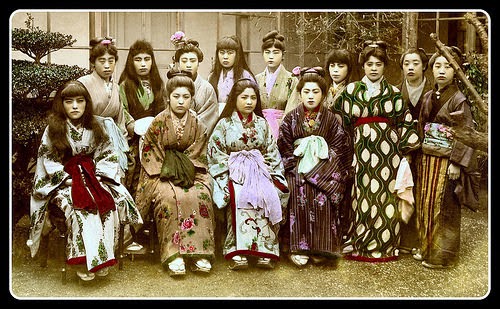 The Committee of the Historical Science Society of Japan's Critique of the Japanese Government's Stance on the Wartime “Comfort Women” Issue
December 16, 2014

The Historical Science Society of Japan’s (HSSJ, Rekishi gaku kenkyukai) on December 7, 2014 issued a public statement on the wartime comfort women controversy that has gone viral in recent months in Japan and internationally. The text, made available at its website one week prior to Japan’s snap election, is an English translation of the group’s statement made in the fall of 2014. For more than half a century, the JSSJ has been a progressive voice for historians on social, cultural, and political issues of contemporary Japan. Now it is speaking out at a time when the media and government are mobilizing to silence independent and critical voices.

In the summer of 2014, the Asahi Shimbun acknowledged that its early report on the comfort women, published in the 1990s, contained erroneous information based on interviews with Yoshida Seiji, whose testimony has long been discredited not only by neonationalist commentators and scholars but also by progressive historians. It remains something of a “mystery” why the Asahi Shimbun decided to publicly acknowledge its “false report” this year—or, indeed, why it did not admit it much earlier. In any case, Japan’s rightwing had a field day, not only attacking the integrity of the Asahi (whose sales have fallen as a result), but also ratcheting up a campaign against the Kono Statement of 1993 in which the Japanese government admitted that the Imperial Japanese Forces were directly and indirectly involved in the establishment and administration of comfort facilities.

Neonationalist efforts to whitewash Japan’s wartime misdeeds, from the comfort women to the Nanjing Massacre to forced labor and the medical, biological and chemical warfare atrocities of Unit 731, are hardly new. Indeed, they have been a constant since the 1970s; now, however, the rightwing has its champion in Prime Minister Abe Shinzo. Worse, the sentiment of the Japanese public over the issue of comfort women appears to have moved toward Abe’s side since the late 1990s, despite the fact that the majority of Japanese still oppose many of his policies, including the attempt to undermine Article 9 of the Constitution, a new secrecy law, and a higher sales tax.[1] Though Abe remains cautious about renouncing the Kono Statement apologizing for Japan’s comfort women system, a statement which was not based on Yoshida’s testimony but rather on the direct testimony of victims, he vows to attack what he insists are groundless aspersions of Japan as a nation involved in “sexual slavery.” The HSSJ’s public statement criticizes the Abe administration’s efforts for the revision of wartime history, clarifying the points of contention and pointing out flaws in the arguments made by the administration and its neonationalist allies.


Committee of the Historical Science Society of Japan
Public Statement

On August 5 and 6, 2014, the Asahi Shimbun, one of the largest newspapers in Japan, carried articles reviewing its past coverage of sexual slavery, or “comfort women,” in the Japanese military and retracted some of its past articles alleging that women were taken away to the military brothels by force. The affected articles cited the testimonies of Seiji Yoshida, a former member of a semi-governmental organization for wartime mobilization. Certain politicians and sections of the media have pounced on these retractions, arguing that they have disproved the fact that women were forcibly recruited by the Imperial Japanese Army, and, in some cases, arguing that the women were not subjected to violence at all. It is particularly disturbing that Prime Minister Shinzo Abe and his cabinet appear to adhere to such a view.

The Historical Science Society of Japan has examined the issue of wartime sexual slavery through various forums. For example, on December 15, 2013, it co-hosted a symposium with the Japanese Society for Historical Studies titled “Rethinking the ‘Comfort Women’ Issue: Military Sexual Violence in World History and in Everyday Life.” Based on historical research, we outline below five problems associated with the Japanese government’s stance on Japan’s wartime sexual slavery.

First, at a Diet session, Abe commented that “false reports” by the Asahi Shimbun “gravely damaged Japan’s reputation abroad” and that “the groundless defamation of Japan as ‘a state that was involved in sexual slavery’ has spread globally” (the House of Representative Budget Committee session, October 3, 2014). The view that Abe expresses is at odds with his administration’s policy to abide by the Kono Statement, which was released by Chief Cabinet Secretary Yohei Kono in 1993 and which officially acknowledged the involvement of the Japanese military in the establishment and operation of military brothels, including the forced recruitment of women. Moreover, as Abe himself acknowledges, it is clear that the Kono Statement is not based on Yoshida’s testimonies, and so the veracity of the statement is not undermined by Asahi’s retractions. Thus by upholding the Kono Statement on the one hand, while simultaneously casting doubt on its substance on the other, the Abe administration is attempting to take the people of Japan and the rest of the world for fools. Their actions are also further escalating tensions with Japan’s East Asian neighbors, who want Japan to squarely face up to its past wrongdoings.

Second, regardless of the veracity of Yoshida’s testimony, it is clear that the Japanese military authorities were involved in the forced recruitment of women. In fact, as early as the 1990s, historians had already pointed out the inconsistencies in Yoshida’s statements, and since then have carried out wide-ranging studies on the Japanese military authorities’ involvement in the forced recruitment of women using sources other than his testimonies. Let us emphasize here that the term “forced recruitment” is not limited to cases of “breaking into houses and kidnapping” (Abe’s statement in the House of Representative Budget Committee session, October 6, 2006). The term also applies to cases where women were recruited against their will through coaxing, threats, and human trafficking. With regard to the former type of forced recruitment, it is already known that such cases took place in Semarang, Indonesia and Shanxi Province, China among many other places. There are also many testimonies from victims attesting to such coercion taking place on the Korean peninsula. With regard to the latter type, it is known to have taken place over a wide area, including the Korean peninsula, and there is no room for doubting the violence it entailed. It does not matter that Yoshida’s testimonies were fabrications; the overall body of historical evidence leaves no doubt that the Japanese military authorities were involved both directly and indirectly in the forced recruitment of women.

Third, it is important to remember that not only were victims forcibly recruited, but that they also were subjected to extreme violence as sex slaves. As recent historical studies have shown, the system of sexual labor into which the women were recruited truly amounted to sexual slavery; they were deprived of the freedom to choose a place of residence, to go out, to quit, and to refuse giving sexual service. The presence of coercion in the recruitment process is undoubtedly a serious issue, but the fact that, as sex slaves, the victims’ human rights were trampled upon needs to be repeatedly stressed. The discrediting of a single source on the recruitment must not be used as an excuse to deny the issue as a whole.

Fourth, recent historical research has demonstrated that not only were the women subjected to direct violence, but also that the entire system of military sexual slavery was part of an imperialist structure that legitimatized discrimination. Even if some women did “consent” to becoming prostitutes, this should call into question the everyday realities of class, racial, and gender inequality and injustice that formed the backdrop to such “consent.” To focus solely on the question of whether there was direct coercion, without considering the political and social context, is to miss the full picture.

Fifth, we must not shut our eyes to the way in which the Asahi Shimbun’s retractions have been reported in sections of the media and the damage such coverage has wrought. The disproportionate focus on the “false reports” has helped ignite and spread a fierce public backlash against the Asahi Shimbun. There are even cases in which university professors who used to report the issue of sexual slavery for the Asahi have been targeted in this vicious hate campaign. Not only have individuals been slandered, but some universities––namely Hokusei Gakuen University and Tezukayama Gakuin University––have received violent threats demanding the dismissal of their instructors over the issue. Such threats clearly constitute an attack on academic freedom, and as such they need to be resolutely confronted.

Thus the approach to sexual slavery in the Japanese military being taken by the Abe administration and sections of the media is problematic in many respects. Abe stated at a Diet session that the Japanese government “will make sure that correct perceptions of history are formed based on objective facts, and that Japan will gain a fair evaluation from the international community” (the House of Representative Budget Committee session, October 3, 2014). However, by following the Prime Minister’s interpretation of “objective facts” and “correct perceptions of history,” Japan will end up committing the folly of transmitting to the world the irresponsible stance of the Japanese government, which continues to distract from the truth. We must also point out that, above all else, this stance represents a further insult to the dignity of the victims of wartime sexual slavery, who have already borne terrible hardships. We urge the Abe administration to squarely face up to the damage that Japan inflicted in the past and sincerely address the victims.