White House: Japan should do more to address 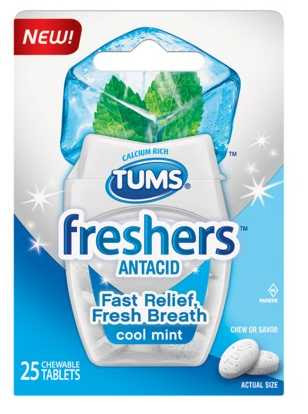 On the eve of Japan's new Prime Minister Shinzo Abe's visit to Washington, a top White House official said that Japan should do more to address lingering regional and international anger over its handling of World War II atrocities, including the forced sexual enslavement of hundreds of thousands of "comfort women."

On a conference call Thursday, The Cable asked top White House officials whether President Barack Obama believes that the Japanese government has done enough to address the comfort-women issue and whether Obama would raise the issue when he meets Abe on Friday. The top White House official dealing with Asia, National Security Council Senior Director for Asia Danny Russel, said that the impetus was on Japan to do more.

"President Obama knows full well that there are very sensitive legacy issues from the last century and believes that it's important to take steps to promote healing. So our position has always been to encourage Japan to take steps that will foster better relations, that will foster closer relations will all of its neighbors," Russel said. "At the same time, we would hope and expect that others would reciprocate to constructive and positive steps the Japanese government might take."

Last July, then Secretary of State Hillary Clinton caused a diplomatic rift between the United States and Japan when it was reported that she corrected a State Department employee during a private briefing, insisting that the term "comfort women" was incorrect and that the victims of forced prostitution in wartime Japan should instead be called "enforced sex slaves."

Russel declined to say whether Obama would raise the issue directly with Abe Friday.

"Prime Minister Abe will be here and will be addressing the public as part of his own program," Russel said. "Let's hear what he has to say when he visits Washington."

Soon after Abe's Liberal Democratic Party took control back from the Democratic Party of Japan in parliamentary elections last December, Abe's Chief Cabinet Secretary Yoshihide Suga shocked the region by suggesting that the Abe government wanted to review the 1993 Japanese government statement apologizing for the Japanese military's treatment of the "comfort women" and acknowledging the military's role in setting up "comfort" stations during the war.

In late January, Abe backed off of Suga's remarks and said that his government was shelving plans to review the 1993 statement, which had been issued by Suga's predecessor Yohei Kono. "The matter should not be turned into a political and diplomatic issue," Abe told Japan's Lower House on Jan. 31.

"There have been many wars throughout history, involving infringement on the human rights of women," Abe said. "When it comes to the issue of comfort women, my heart aches acutely when I think about those who had to go through painful experiences beyond description. I am no different from successive prime ministers on that point."

That promise wasn't enough for some U.S. lawmakers, who issued statements Thursday calling on the Japanese government to do more to make amends.

"Japan's government must fully acknowledge, apologize for and increase awareness of its history of ‘comfort women,'" Rep. Steve Israel (D-NY) said in a statement. "These survivors of physical, sexual and psychological violence that was sanctioned by the Japanese government deserve this apology. But beyond that Japan must prove to the rest of the world that it is willing to express sincere regret for a systematic atrocity that was committed in its country's history in order to move forward as a democracy."

Rep. Mike Honda (D-CA) said in a statement Thursday that as a former inhabitant of an American internment camp during World War II, he knew from personal experience that reconciliation related to the war was only achievable through direct government action.

"Indeed, nothing is more important right now than for a democratic country like Japan to formally acknowledge and unequivocally apologize for its systematic atrocity. Government is a living, breathing organism that is responsible for its past, present and future," Honda said. "In order to move toward a more peaceful, global world, Japan must accept responsibility and apologize. The grandmothers -- those survivors of physical, sexual and psychological violence perpetuated by Japan's Imperial Army -- are still waiting for an appropriate apology."

Israel and Honda wrote a letter Feb. 20 to Japan's ambassador to Washington Kenichiro Sasae urging the Japanese government not to revise the Kono statement, as the 1993 apology is known, and also calling on the Abe government to go further in apologizing and acknowledging wrongdoing.

In 2007, the House of Representatives unanimously approved a resolution expressing the sense of the U.S. Congress that Japan should "formally acknowledge, apologize, and accept historical responsibility in a clear and unequivocal manner for its Imperial Armed Force's coercion of young women into sexual slavery."

Mindy Kotler, an expert on the comfort-women issue and the founder of Asia Policy Point, a non-profit organization that does research on Japan, told The Cable that the concern over the Abe government's handling of this issue goes much deeper than just the statements his aide made about revising the Kono statement.

"Abe and his supporters -- and you have to remember that 10 members of his cabinet including himself signed an ad last November that appeared in the New Jersey Star Ledger condemning the Comfort Women -- hold antiquated views of women, war, and just general human rights," she said. "Thus the problem is not about history but about a worldview that is out of touch with contemporary values and understanding. They do not engender trust, which is critical to any security situation in Asia."

For another story on the Honda/Israel letter see Agence France-Presse, US lawmakers warn Japan PM on 'comfort women'
at February 21, 2013