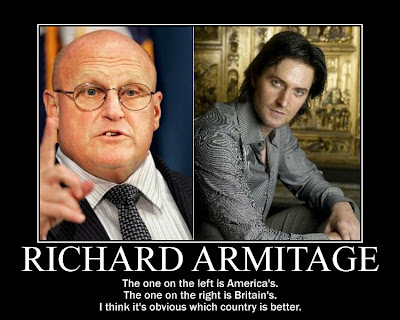 Presidential elections bring out the ambitions of many. Although, foreign policy is little discussed in American politics, every Washington foreign policy expert vies for a candidate's attention. Their recommendations are issued in a series of short programs accompanied by even shorter memos that rely on phrases, which include "lynchpin," "pillar,""robust," "strengthen," "market-based," "freedom," "endgame," "flawed," and "reinvigorate" to restate the obvious.


For example, the Atlantic Council has a project called the Task Ahead: Memos for the Winner of the 2012 Presidential Election. The issue brief by former Treasury Secretary Hank Paulson on A New Framework for U.S.-China Economic Relations is one page and a half. One of the four recommendations is: "Assure financial markets that are transparent and have strong oversight by correcting flawed practices on both sides of the Pacific that have led to massive producer and consumer debt."

The master of the pre-election Asia reports is former Deputy Secretary of State in the Bush II Administration Richard Armitage. In October 2000, he and former Harvard professor Joseph Nye issued The United States and Japan: Advancing toward a Mature Relationship, better known as The Armitage Report. It was published through the National Defense University and primarily written by James Przystup.

This seven-page paper set the gold standard in influence and writing of  pre-election recommendations. It succinctly articulated the American Alliance Managers' desire to "see the special relationship between the United States and Great Britain as a model for the alliance." This attitude has inspired policy toward Japan in one way or another ever since. Japanese officials, however, have responded by insisting upon their independence and distancing themselves from a "blindly follow the U.S." policy.

Mr. Armitage's second presidential report  released in 2008 by CSIS was less successful. In part, it was too long: 28 pages. Entitled Getting Asia Right through 2020 it simply expanded on the first by emphasizing that the security of all of Asia was dependent upon the U.S.-Japan Alliance. It concludes:

stability in East Asia will rest on a triangle of U.S.- Japan-China relations, which should be fostered in addition to our strong alliance with Japan. The cooperative efforts that marked Japan’s support for the United States in Afghanistan, its contribution to postwar reconstruction in Iraq, and its early participation in the Proliferation Security Initiative have set a firm foundation for closer future cooperation. We would conclude this report with the observation that to those to whom much has been given, much will be expected.

On Wednesday, August 15th, the Third Armitage report, The Armitage Nye Report: U.S.-Japan Alliance: Anchoring Stability in Asia, will be released at CSIS in Washington at a program to be held there from 8:45am to 10:00am [UPDATE 8/13/12]. You can watch it live on a CSIS webcast.

N.B.: The first two Armitage Reports were described as being put together by a bi-partisan committee. As there is a lot of ideological consistency among American Alliance Managers, most people interpret "bipartisan" as including one modest woman on each committee to take notes and correct grammar.
at August 12, 2012