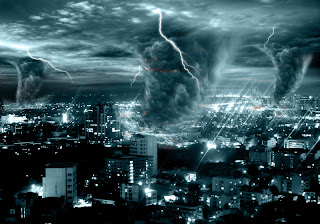 The fate of Prime Minister Yoshihiko Noda's administration and his ruling Democratic Party of Japan (DPJ) may soon lie in the hands of the Japanese electorate. A Lower-House election is possible as early as October. Noda’s party, split by his insistence on raising taxes, now barely has a majority in the Diet. Few believe that the DPJ will survive the next election as a ruling party.

Polls show the Japanese public has given up on the DPJ as a reform party. Its support ratings are approaching the single digit level. The party came in with a long list of campaign promises, but has been unable to deliver on most of them. Party members constantly feuded and split over policy issues. In addition, Prime Minister Noda, against his party’s wishes, pushed a highly unpopular consumption tax hike through the Diet. The DPJ once promised never to raise taxes.

To pass his tax reform measures, he had to make deals with the opposition LDP. He swapped a promise to call an election “very soon” for their cooperation. Less discussed, has been his willingness to support a number of conservative nationalist policypositions in exchange for support their support. The “unofficial” visits by two of his Cabinet Ministers to Yasukuni and the questioning of the Kono Statement on the Comfort Women are two. However, it was the tax deal that so angered his fellow party-members causing many either to form their own party or become independents.

Noda now finds himself facing an Upper House non-binding censure motion that is likely to pass as early as Wednesday, August 29. The opposition parties would then boycott further deliberations, and the Diet business would virtually stop until the session ends on September 8 -- without passing key budget-related and redistricting legislation.

The Prime Minister would then be forced to call for a snap election. Since it seems highly unlikely the DPJ could retain its Lower House majority, and even more unlikely that the almost equally unpopular LDP could regain its old majority, some kind of broad coalition government would emerge. The result may be that DPJ may not even be in such a coalition!

Noda, as unpopular in the polls as his two predecessors, is running for reelection in the party presidential race on September 21st. Some party members want him replaced. They do not believe he can lead successfully the DPJ into the next election. If so, the convention could be turbulent, as there are no clear party favorites to run against Noda.

Why did all of this come to pass? Noda came in with a 65% support rate last fall and the public anticipating much from his leadership. Indeed, he made many tough decisions, including the tax hike, restarting a couple of the 54 nuclear reactors shut down after the Fukushima accident, and leveraging his party to accept Japan’s entry into the Trans-Pacific Partnership (TPP). Though all of these decisions in objective terms are clearly in Japan’s national interests, the public thought otherwise. Even Noda’s party rebelled and became hopelessly split on these issues. A majority of Japanese are now against nuclear energy believing it dangerous, based on the Fukushima experience. TPP, excoriated by segments of the media, interest groups, and protectionist-minded politicians, is now as welcome as the plague in much of Japan.

The fourth issue picked up by an angry public and used as a cudgel by the opposition camp, is Noda’s decision to let V-22 Ospreys into Japan. Due to media hype, the public remains convinced that the vertical takeoff and landing aircraft slated for Futenma Air base is accident prone and could crash anywhere at any time. Okinawa is so upset about the Osprey that when they arrive in October, huge protest rallies and obstructive tactics are likely. The Noda government’s broken relationship with that prefecture does not seem repairable.

As if things could not be worse, territorial disputes with China and South Korea have flared up recently, with the Noda administration seemingly helpless to put out the respective fires. Despite Noda’s best diplomatic efforts to cool-headedly handle the two issues, resolution in either case still seems far off, and could escalate even more. Here again, Noda’s responses are being blasted in political circles for either being too weak or too hard-lined, depending on the party. He just cannot seem to get any credit for his efforts to managed the issues.

Is there anything that Noda can do to save his administration and by extension his party from ruin? Probably not. Will he become the third DPJ prime minister to resign under fire in three years? It seems likely. Is the DPJ finished as a ruling party in the next Lower House election? By all indications, it seems most probably. Hit by the Perfect Storm, even a prime minister that should have scored well as Japan’s leader may go down with his ship.