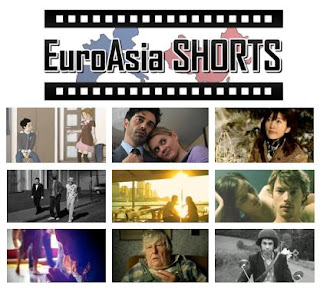 EuroAsia Shorts 2011, now in its sixth year, proudly presents a selection of 27 short films from Europe, Asia, and the United States, screened at embassies and cultural centers in Washington D.C. for five nights, June 6 – 10. Each evening allows the local public to experience a cinematic international dialogue through the medium of short films from one European and one Asian country, including many award-winning films making their U.S. premier.

The theme for 2011 is men, women, and the challenges of relating to one another. In both familial and romantic relationships as well as society in general, it is not always easy to connect, communicate, and truly live in happiness and harmony across the sexes. This year’s selection of films explores that universal struggle and the different underlying thought processes of men and women from nine countries.

The final evening on June 10 will include short films from all countries, including the United States. Each screening throughout the week will serve as a springboard for a lively discussion with panelists and audience members following the films.