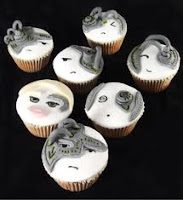 The hottest word now among S&T policymakers in Seoul is "convergence." In November 2010, South Korea's National Assembly passed a law making technology convergence a national priority. The mandate for Koreans is to find connections between previously unrelated fields allowing discrete technologies to spill over on to each other. Nanotechnology merges with biotechnology, IT with tourism, medical technology with social networking.

He believes, as a recent MIT report The Third Revolution: The Convergence of the Life Sciences, Physical Sciences and Engineering concludes, convergence between technologies and industries will be the driving force of the economy in the 21st century. In many ways, South Korea’s research model fits well into this new interdisciplinary paradigm. To fully realize Korea's potential to use the emerging market for technology convergence, he helped establish in 2010, the Korea Industry Convergence Association.

Recently, two interviews have highlighted Dr. Pastreich’s pathfinding work. This month, the Korea IT Times featured him in “An American in Daejeon,”


What is clear from the conversation with Pastreich is that his interest in technology and the environment is part of a dialog is bigger than Daejeon, and bigger than Korea. Pastreich is appreciated by Koreans for his enthusiasm regarding Korea's potential, and his willingness to work tirelessly for goals in which other foreigners take little interest. At the same time, Pastreich idealism about Korea's global role is not always aligned with the assumptions held by Koreans. Although he listens carefully to what the Koreans need, and works closely with them, there are subtle aspects of his work that can be traced back to his arguments over the last ten years for US engagement with Asia as a whole. Pastreich's work on environmental policy in Daejeon is linked to his arguments for international international cooperation. His ideas are vertically integrated like a set of nested chairs. Such a three-dimensional approach to problem solving is confusing to many around Pastreich, and his critics remark that he seems to be running in every direction instead of focusing on one project.

In a December 2010 interview with Korean Business Central, he states,

The reason for the shifts in R&D can be attributed to financial limitations, or market forces, but I think there is something beneath the surface going on. Moore's law states that the number of circuits you can place on a microprocessor doubles every two years. Moore’s Law has held for 50 years.The result is that you can do more computer calculations, hold more memory, for less and less cost. As a result, the primary issue is no longer producing technology. We are producing more technology than we know what to do with. The question then becomes how can we can apply that technology. And as that task also becomes easier and easier over time, we will find ourselves working more and more on how to market the technologies we produce. I would go out on a limb and say that Moore's law will eventually make patents relatively unimportant.