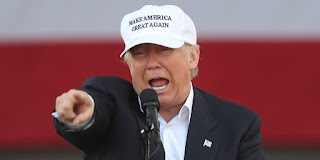 APP member Daniel C. Sneider, an associate director of research for Stanford University’s Walter H. Shorenstein Asia-Pacific Research Center and an authority on US, Japan and Korea relations thinks we might be overreacting.

He outlines his views in a recent interview in the Asia Times with DOUG TSURUOKA, published February 24, 2017.


Q: On a long strategic view, can China and Japan ever get on the same page? For that to happen, does the US have to get out of the middle?

While I think rivalry fundamentally remains the driver of relations between China and Japan, framing that story only in terms of rivalry is inconormplete. The Chinese are trying to assert that they are the dominant power in the region. There’s almost a psychological element to this — to remind the Japanese that they are the inferior party and to drive wedges between Japan and the US. A Japan that’s isolated from the US is exactly what China seeks. It’s a Japan that’s more likely to bandwagon with China and it weakens the American strategic posture in the region.

But does that mean the China-Japan relationship means only rivalry? Of course not. These are two countries that are intertwined with each other in countless ways, not just the economic one. It’s not wholly a hostile relationship. They have a lot of overlap. So can they ever get on the same page? No. But they could be reading the same book now and again.

Q: Is it possible that China will be given the run of the region under Trump?

In Japan there is this worry, and I’ve heard it repeatedly in Tokyo, about a G2 redux — the idea that Trump will make a deal with the Chinese and that this is why he fleetingly put the One-China policy on the table. The Japanese think this because Trump is a guy who believes that he’s a great dealmaker. The fear is that he would be willing to sit down with the Chinese and that part of that deal would be a kind of let’s talk about [dividing] East Asia between us. The Japanese have this fear of abandonment. It’s deep-seated in Japanese strategic thinking.

But do I believe that the Chinese will be handed the keys to the palace? I think that if Donald Trump ever tried to do that it would probably trigger a coup d’etat in the United States, I just don’t see that.

Q: What are Trump’s options on North Korea following Pyongyang’s February 12 missile test and what is he likely to do?

I think the options regarding North Korea today are no different than they were under the Obama administration, or for that matter, the Bush administration. It’s an unpalatable set of limited options. It’s the same options that are on the table and being considered by the Trump administration.

The other two options are the ones that make most people uncomfortable. But they are the ones to which we’re heading for lack of anything else. One is the military option. That is, responding to the possible test of a North Korean ICBM missile by either attempting to take it out on the launch pad or shoot it down through anti-missile defense systems which hopefully might work, though we don’t know that they will. Or some form of fostering regime change. I prefer the word regime “transformation.” Some way of trying to bring about internal change in North Korea that makes it more likely they’ll give up their nuclear option.

Q: What are the other options?

The last option is the one that I wish we were thinking about more, and more creatively. It could include elements of engagement, but also pressure. Sanctions, for example, have encouraged the forces of change from within North Korea by forcing them to pursue economic reforms that they’d have to do if they were really cut off from sources of capital and trade on the outside.

Q: Did Trump discuss North Korea with Abe during their summit and how aware is Trump of the North Korean nuclear issue?

I don’t know what [Abe and Trump] talked about. But I do know this — the president and people around him — if they weren’t aware that the North Korean nuclear missile program was a serious security issue when they were campaigning, they became aware of it very quickly after the election was over. I think from [Trump’s] first meeting with president Obama it was conveyed that this was going to be a problem that it would be pretty much at the top of his agenda. I believe that Trump made some reference to North Korea after that meeting — almost with surprise.

I don’t think [Trump] had thought much about the issue until then. I have the sense from conversations I’ve had that [the administration] was mainly worried that North Korea was going to force them to respond to some kind of provocation and disrupt their planning for other things regarding their foreign security policy.

Q: Is Trump mulling a policy change toward North Korea?

There was a report that [the administration] has ordered a review of North Korea policy, but I see no evidence of a review going on. When you do a review, you have a sense that it’s going on because experts on the outside are being drawn in. But to my knowledge, it hasn’t taken place.

This should be a very important element. Most importantly, it should be part of our review of our overall force posture in the Western Pacific. It relates to the problem of base issues in Japan — the still determined effort by the US with the support of the Abe government to relocate the Marine air station at Futenma to another part of Okinawa.

Q: What are the military steps, in concert with Japan and South Korea, that Trump should take to strengthen deterrence against North Korea and a Chinese military buildup in the region?

I think it’s high time that we looked at the foreign base issue in Japan in a broader context. The problem is we have an inertia about an investment we’ve made in fixed facilities that is hard to change. If you look at the base structure in Japan and South Korea, it’s pretty much unchanged since the Cold War.

The people I talk to who think about these issues have brought up whether we want to augment our naval and air forces based in Japan and Korea, [as opposed to] preserving our ground presence, even a Marine infantry presence in Okinawa. The purpose would be to make more credible our extended deterrence commitments to both Japan and South Korea.

For instance, there is the idea of adding a second carrier battle group to be home ported in the Western Pacific — that’s a big shift and we’re probably talking about Japan. We’re already increasing somewhat our nuclear-powered submarine basing in Japan, and that is an area from a deterrence point of view where we should be thinking of adding capability. [That would include] attack submarines and ballistic missile submarines.

We should think about adding an entire strike fighter wing to the air base in Misawa, Japan, which has a capacity to take an added presence. That would give us added capability against both China, North Korea and also to deal with increased activity by the Russian Air Force in that area.

This would, in some ways, compensate for a decision I would like to see to finally take most of the 3rd Marines out of Okinawa and move them to Guam. That’s a long-delayed move that needs to be accelerated. The obstacle to that reflects an inability of our services to cooperate with each other rather than any technical or even political problem on the island. We need to re-think more broadly where our force structure ought to be.

Q: Will anything of substance replace TPP?I don’t know what Trump is likely to do. Is [THAAD] something he would trade off for something else?

I have no idea. [Secretary of Defense James] Mattis during his brief visit to Seoul reiterated the US desire to and commitment to go ahead with the THAAD deployment. The latest missile tests show the North Koreans want to demonstrate a survivable capability to deliver nuclear weapons. The logic of deploying THAAD is even stronger than it was before.

I noticed in an Abe-Trump joint statement [after the summit] that they referred to discussions, both on a bilateral basis as well as some regional framework. I gather from friends that that was language the Japanese wanted in there. This was to give the Japanese the freedom to continue to pursue a TPP without the US or a revival of the TPP with the US , or [in the context of] other regional trade structures.

The Japanese feel very strongly that TPP without the US is useless, so the big question is can you find other kinds of formulations that would be politically acceptable to Trump? The door is open for some kind of bilateral discussion. [But] I don’t see much enthusiasm in Tokyo for a full-scale, bilateral Free Trade Agreement.

Q: Can you give an example of something that might replace the TPP?

There could be a mini-lateral structure, for example, one that could include Vietnam and Japan. I hope somebody is thinking creatively about this.

Q: What stands out about the recent Trump-Abe summit?

I was frankly stunned that Abe comes to Washington and you have these people [on the US side] who had said, ‘We want to raise currency manipulation and market-access issues.’ They signaled this, including the president, and they did nothing. From what I’m told, the Japanese came prepared and were ready to talk about currency issues, for example and they were surprised that nobody [on the US side] raised it. Even on something where the Trump administration seemed to have a cogent policy view — there was no implementation.
at February 26, 2017