Can Japan come back from the "Lonely Death"? The Demographic Challenge 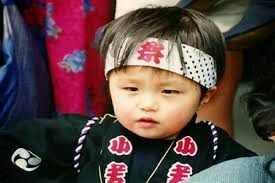 Sustainable Governance Indicators is a platform built on a cross-national survey of governance that identifies reform needs in 41 EU and OECD countries. The 2014 Report assess a period of two years, beginning May 1, 2011 and ending May 15, 2013. It is a project supported by the Bertelsmann Foundation.

Japan generally falls in the middle of the 41 countries and appears to be shifting downward in its strength of democracy.

EU affairs writer, Craig James Willy examines below the indicators for Japan in light of the country's low fertility, low immigration and low female participation in the labor force. He finds, like many, Japan needs more action to address demographic challenges, as those are major underlying causes of weakening economic growth in the island-nation.

The Japanese have evocative words for some disturbing phenomena. One of these is kodokushi or "lonely death," referring to elderly people dying alone in their home, only to be horrifyingly discovered much later. Indeed, cleanup after such occurrences is a growing industry in the country. The word kodokushi expresses some of the extreme trends of Japan as a postmodern society: the tragedy of elderly loneliness, the challenge of a rapidly-aging society.

Indeed, Japan's over-65s currently make up 24 percent of the population, something which is forecast to rise to 30 percent by 2025 and, extraordinarily, almost 40 percent by 2060. In contrast, the working-age population between 15 and 64 years is expected to precipitously decrease to just over 50 percent by 2050.

Another striking expression is parasaito shinguru which, you may or may not have guessed, stands for "parasite singles," referring to individuals who continue to live with their parents in their late 20s and beyond. If Japan is aging so fast, it’s also because it is an increasingly childless society, with a fertility rate of just 1.4, one of the lowest in the world. These deep-seated demographic trends are unlikely to change any time soon.

This makes the Japanese government's stated objective of returning the country to economic dynamism and international prominence all the more difficult. Prime Minister Shinzo Abe, whose ruling coalition just won a sweeping victory in the recent general elections, has implemented a radically heterodox approach to economic policy with the so-called "three arrows" of what wonks are calling "Abenomics": fiscal stimulus, money printing and structural reforms. So far however, results have been mixed, with two quarters of recession over the past year.

Unfortunately, Japan's economic problems are on one level intractable, not resolvable through economic policies, because they are fundamentally deriving from this poor demography. Japan ranks dead last in the Bertelsmann Stiftung’s Sustainable Governance Indicators (SGI) in terms of fiscal sustainability, which analyzes budgetary policy of all countries in the Organization for Economic Co-operation (OECD) and the European Union. Tokyo's incredible government debt is clocking in at around 240 percent of GDP (however, the cost of interest rates on that are very low as the government borrows directly from the Bank of Japan).

This is likely to worsen as the Japanese population shrinks, the pension and healthcare costs of retirees inevitably grows, and the working-age population declines. In all likelihood, a significant part of this public debt will be monetized and reduced through inflation, with pensions declining as a result.

Paradoxically, one of Japan’s strengths accentuates these demographic problems. Japanese healthcare is remarkable in being relative cheap (10.1 percent of GDP, just over half as much as the United States) and achieving spectacular results: the average Japanese can hope to live over 84 years, longer than in any other country.

Japan’s gender situation is alarming: While the country has the second-highest gender income gap among full-time employees in the OECD and female participation is low, women are also not having children. Although the government has made attempts in recent years to improve women's ability to balance work and family life, so far the results have been slim.

Immigration has been suggested as a way of rejuvenating the population and growing the workforce. However, the Japan is basically closed off to foreign settlement. While it is not unusual for over 1-in-10 people in Western countries to be foreign born, in Japan foreigners make up less than 2 percent of the population.

Indeed, foreigners find it difficult to integrate and assimilate to Japan's unique, particularistic culture with a language only distantly related to others. As SGI’s Japan report notes: "Given Japan’s restrictive approach to immigration, there is little integration policy as such." This appears unlikely to change as the Abe government has taken a nationalist tone and remains reluctant to loosen grip on immigration controls. A majority of Japanese has generally opposed increasing immigration.

Unless fertility is increased, Japan then looks set for economic and international decline. Poverty and inequality have spread, although these remain at relatively low levels. Pensions are likely to be insecure. At the same time however, a shrinking population can be a positive in terms of increasing environmental sustainability and energy independence. Indeed, Japan may be uniquely well-suited to tackling aging’s challenges through automation and robotics.

Ultimately, demographic challenges can however only be fully addressed through demographic solutions, as opposed to economic or technological band-aids. A nation may be more than the sum of its parts, but it is also simply the people that make it up, and there are not quick-fix solutions if those people disappear.
at January 11, 2015